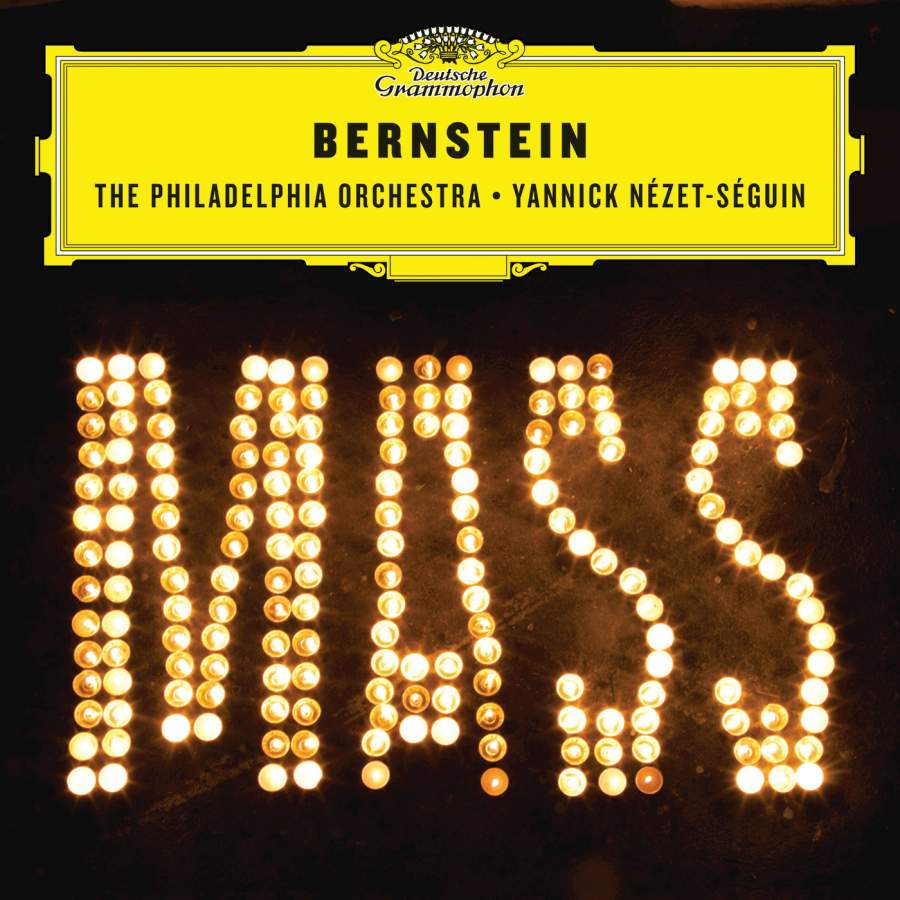 Bernstein’s Mass was commissioned for the opening of Washington’s Kennedy Center in 1971. Dubbed “a theatre piece for singers, players and dancers” it takes the structure of the Catholic Mass and interpolates a number of “tropes” that often make trenchant commentary on the traditional text. Only Bernstein could have melded into a single work such diverse elements as rock, musical theatre, jazz, grand opera and high-end orchestral music. Such a mix attracted the ire of (in)famous critic, Harold Schonberg who wrote that Mass was “a combination of superficiality and pretentiousness, and the greatest mélange of styles since the ladies’ magazine recipe for steak fried in peanut butter and marshmallow sauce.” These days, Mass, with its electric guitars, may be considered a period piece, but one that confirms its composer as courageous and creative.

This live recording documents the Philadelphia Orchestra’s staging in 2015. This massive affair involved over 200 performers and a slew of soloists doubling as the street chorus. Yannick Nézet-Séguin manages to keep most of his forces together for most of the time, eliciting hearty but sometimes untidy singing and playing. Tenor Kevin Vortmann is the Celebrant, the piece’s main protagonist, a priest who loses his faith in a “mad scene,” throwing the sacred vessels containing the bread and wine to the floor. The stylistic demands are great and Vortmann handles them pretty well, although I feel his pivotal scene is too laden with anger at the expense of irony, a quality which Jubilant Sykes (for Alsop) and Alan Titus (for Bernstein) communicate well.

It is a huge pity that the engineering was not better focused. In particular, the taped elements that play both a novel and important part in the score could have been better integrated. In this Bernstein centenary year his Mass retains its relevance, but this newcomer remains the sum of its uneven parts and won’t trump the versions by Bernstein or Alsop.