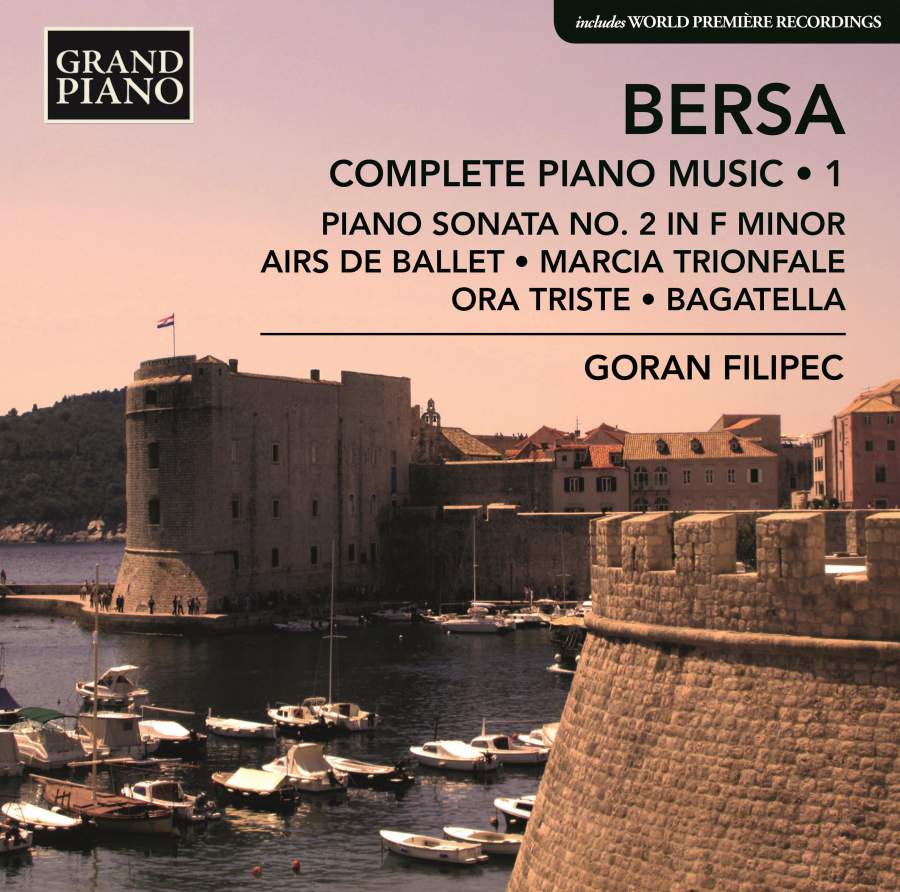 Not much information is available about the Croatian composer Blagoje Bersa. He was born in Dubrovnik in 1873, dying in Zagreb in 1934. Clearly a proficient pianist, he spent most of his life teaching composition at the Zagreb Music Academy but also produced a number of orchestral works, three operas, and a good deal of piano music. His music has not had many recordings, or at least none that are generally available. (If you search ‘Bersa’ at Amazon you just get multiple pages of guns and weaponry.) Considering the quality of the music on this first volume of his piano output, his neglect seems incomprehensible.

Bersa was a contemporary of Fauré, Rachmaninov and Medtner, and there are  similarities with all three, via Liszt. His piece Ora Triste (1903) begins in Fauré’s subdued world, but its central section becomes more exuberant with Rachmaninov-like textures and Lisztian virtuosity in play. The earlier Piano Sonata No 2 (1897) is a tightly constructed work of 11 minutes in one continuous movement, containing echoes of Brahms (predictably enough), and is marked by the composer’s sharp melodic sense.

The late set of Airs de Ballet (1924) is a beautifully poised work, recalling modes of dance in an attractively nostalgic half-light. Several of Bersa’s pieces, such as the plaintive Notturno (1903) and particularly the March Trionfale (1898) have titles that belie their musical substance. The latter is a technical tour de force, as much a martial tone poem as a mere march. Once again it is full of memorable themes, most of which are beset by thundering octave passages utilising the entire range of the keyboard.
While the march is spectacular and showy, my favourite of these pieces is the gently glittering waltz At the Strand (1921). Here the composer channels the music of the French salon. It is an object lesson in how to elevate a popular genre into the realm of art.

Goran Filipec, the remarkable young Croatian pianist behind this project, has won several international piano competitions and been awarded the Grand Prix du Disque of the Ferenc Liszt Society of Budapest – a prize that puts him in the company of Horowitz, Cziffra and Kocsis. He deserves to be there. His playing encompasses all the sparkle as well as the poetry inherent in Bersa’s music.

Sound quality is first rate. This release is a genuinely exciting discovery, and it’s only Volume 1!

Aussie pianist unearths a treasure trove from a forgotten composer.