Two starkly contrasting settings – one a Renaissance chapel, the other a 19th century living room – formed the imaginary backdrop to The Song Company’s launch of their 2022 season.

Artistic director Antony Pitts said the concert was partly in memoriam of Australian composer Nigel Butterley, whose death was announced earlier that day, but also to “those we have loved and lost” during the pandemic. 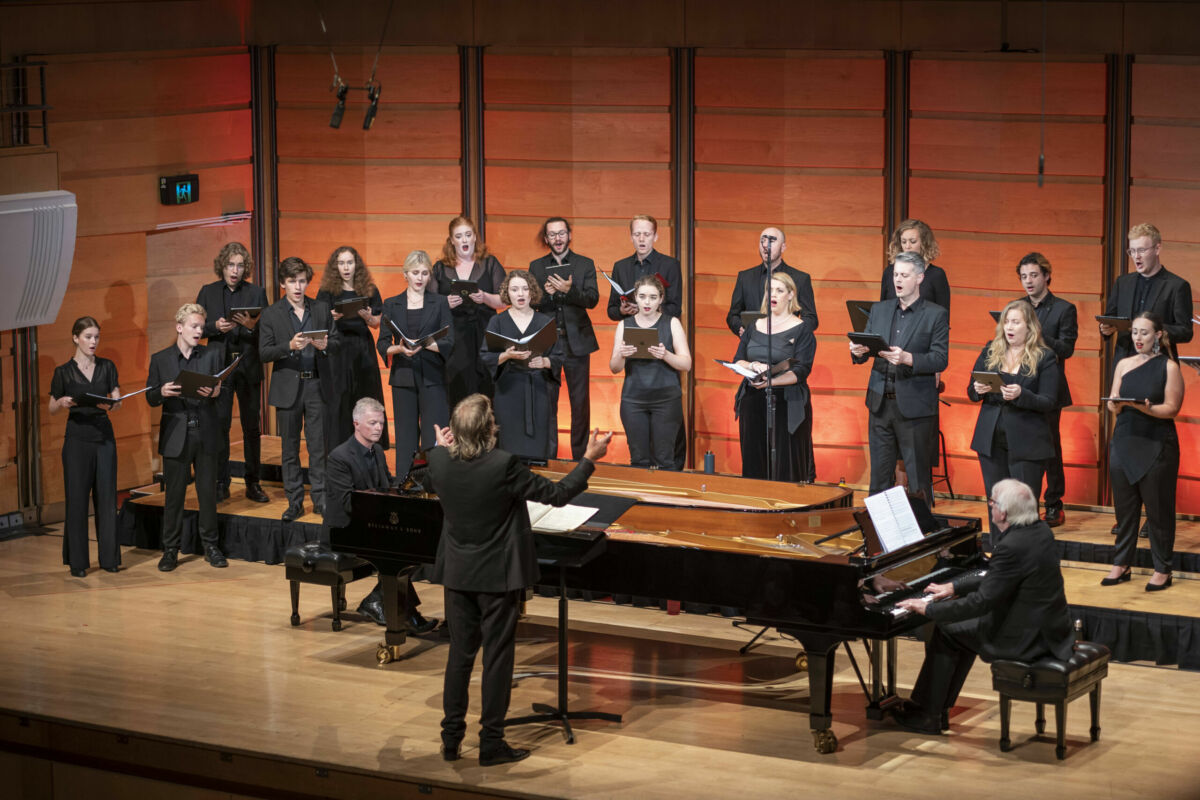 Eleven minutes of glorious 16th-century polyphony with Thomas Tallis’s Sancte Deus, welded seamlessly on to Marc’Antonio Ingegneri’s Tenebrae factae sunt, featured The Song Company’s core members joined by The SongCo Apprentices – 12 hand-picked young singers making their debut before an audience. This made for a superbly balanced opening, with a rich blend of voices negotiating the tricky interweaving harmonies.

Pitts asked the audience to imagine itself in the “intimacy of a 19th-century salon” for the remainder of the concert: two works by Brahms, culminating in the magnificent German...