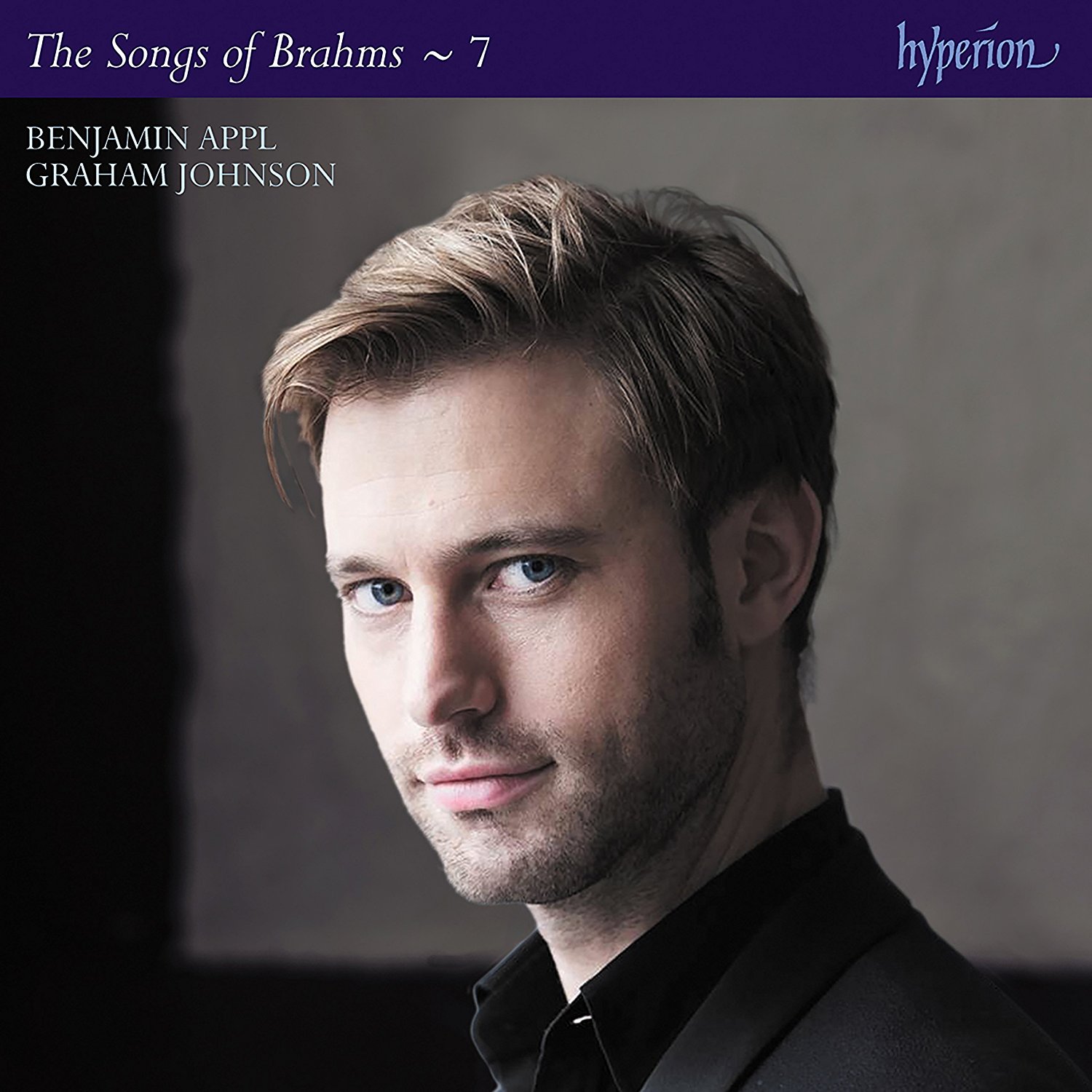 The German baritone is a most welcome addition to Hyperion’s ongoing Brahms Lieder series alongside Graham Johnson, with whom he had collaborated on a Schubert Cycle (Wigmore Hall Live). Appl was the great Fischer-Dieskau’s last private pupil and from the master he has learned much. His recital Heimat (Sony) saw him in a mixture of the familiar and specialised, and effortlessly captured the youthful beauty of his voice and his native identifcation with the German texts.

If anything, this new disc is an even greater triumph. The voice is wonderfully caught and there’s an added richness and at times even brass-like gruffness to the lower register, which makes these examples of just how these songs should be approached. Yes, one has to work harder with Brahms, but I believe that his debt to the Schumanns shines through in smaller and more intimate works like these ones. Try the two Serenades for example, and marvel at how he is equally at home in the more particularly German approach to 19th-century German Romanticism. His attention to and seemingly almost innate mastery of Brahms’ often subtle inner rhythms really brings these works alive.

Johnson, as usual, is an ideal and masterly accompanist. Masterful performances are caught in a life-like and ideal acoustic. It is not difficult to see why Gramophone voted him Young Artist of the Year in 2016.

Brahms and Schumann bring out the softer side of Gardiner.

Daniel Barenboim brings his Brahms cycle with the Staatskapelle Berlin to a stunning conclusion.

In a masterful first performance, Daniel Barenboim and the Staatskapelle Berlin prove the audience is in good hands for this Brahms odyssey.