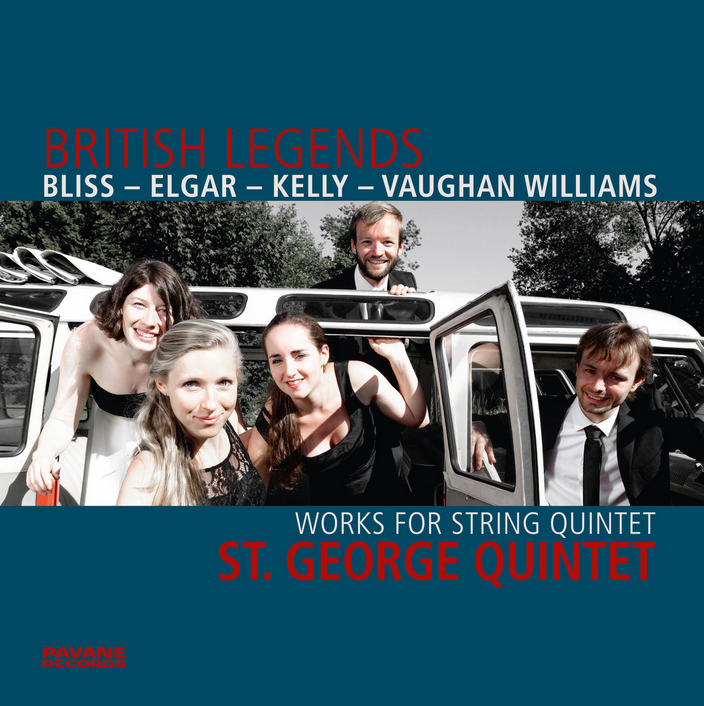 Although it has been marginally challenged by the Early Music movement, the “bigger is better” attitude is pervasive in our musical lives – whether it is the likes of Mahler or the drive to scale-up chamber music to be grander or more ‘impressive’.

This new recording is a refreshing challenge to that impulse and one which compels a discovery of mostly unfamiliar English music, ironically (in these Brexit times), by a Belgian quintet. I’ll forgive them for calling the Australian Septimus Kelly British (though he was educated there) and will celebrate their recognition that his masterpiece for divided string orchestra – Elegy: In Memoriam Rupert Brooke (1915) – works splendidly with the clarity that a quintet can bring.  They move it along nicely bit retain all of its eloquent gravitas: Australian string quartets (especially the Goldner Quartet) would do very well to recruit a bassist and delight their audiences with a piece which we should all be immensely proud of.

For that matter, how well do British audiences know Arthur Bliss’s Music for Strings (1935)?  He is sometimes relegated to the worthy-but-dull category: after all, he was the dutiful Master of the Queen’s Music for more than 20 years. This piece, from long before then, is lithe and engaging in its Allegro outer movements but enticingly beautiful in its utterly unsentimental in the intervening Andante. At first is seemed impossible that, fine as they are, these five players could manage music which is often written in eight or nine parts, with an abundance of double-stopping and the contrasts of solo lines sat against the massed ensemble. Yet they do succeed, at times seeming more forthright than the BBC Northern Philharmonia in my CD of the original version. Bliss created a work of great subtlety and compositional finesse and, for me, the St George Quintet have produced a splendid rediscovery for me.

So, too, was Vaughan Williams’ English Folk Song Suite (1923) which he wrote for a military band. This lovely performance is a reminder of what Hugh Ottaway wrote in his Grove article on the composer: “His outlook was human and social: (as well as musical); and that “his feeling for genuinely popular traditions amounted to a reverence.”  That is very clear here, but so it the quintet’s sensitivity to nuance and instrumental colour: sometimes they have the grace of an elegant ballroom and sometimes the tough trudge of an exercise around the trenches of Flanders.

Whether Vaughan Williams would have felt as strongly about the Beatles’ music, I cannot say. Three songs, in new guises appear here as bonus tracks; yet, for all that I recall the use of strings in the original arrangement of Eleanor Rigby, it is clear that, to stand up in this formidable company, they need an arranger with his skill and commitment. No matter: the rest of the repertoire in this CD (including Elegy for strings, an Elgar rarity from 1909) is excellent and wonderfully played.