British composers of the 20th century produced a great deal of chamber music, and most of it is significant. In the case of Arthur Bliss (1891-1975), I would suggest his chamber music contains his best work. Bliss’s Oboe Quintet, commissioned for the Venice festival in 1927, is typical in that it combines an Elgarian sweep with tough, modern harmonies (for their time). It is far from the folksy, English pastoral school that mostly defines this era (the “cowpat” school, as certain critics dubbed it), but that too is represented in this varied program put together by oboist Nicholas Daniel and the Doric String Quartet. 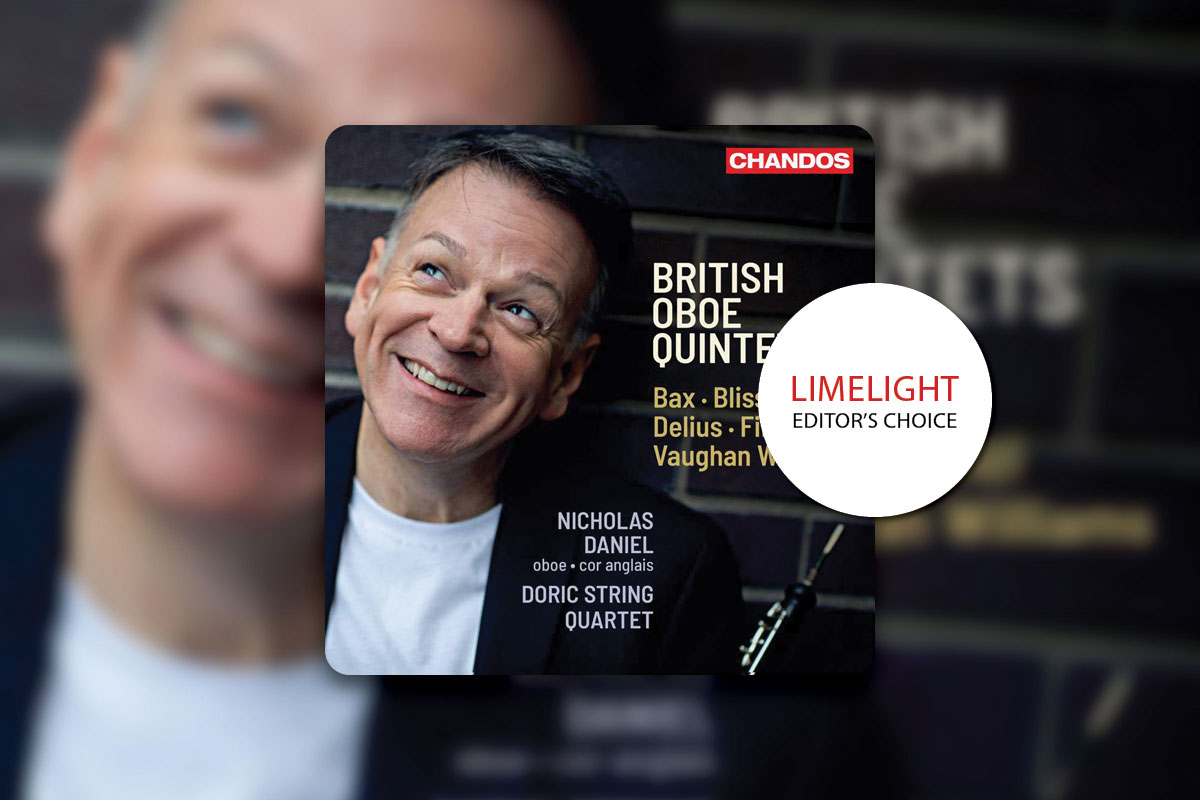 The other pieces are an Oboe Quintet by Arnold Bax (1922), Interlude for Oboe and String Quartet by Gerald Finzi (1922-26), Two Interludes from Frederick Delius’s opera Fennimore and Gerda (1908-10), arranged for oboe and string quartet by Eric Fenby, and Six Studies in English Folksong by Ralph Vaughan Williams (1922), originally composed for cello and piano but arranged for cor anglais...