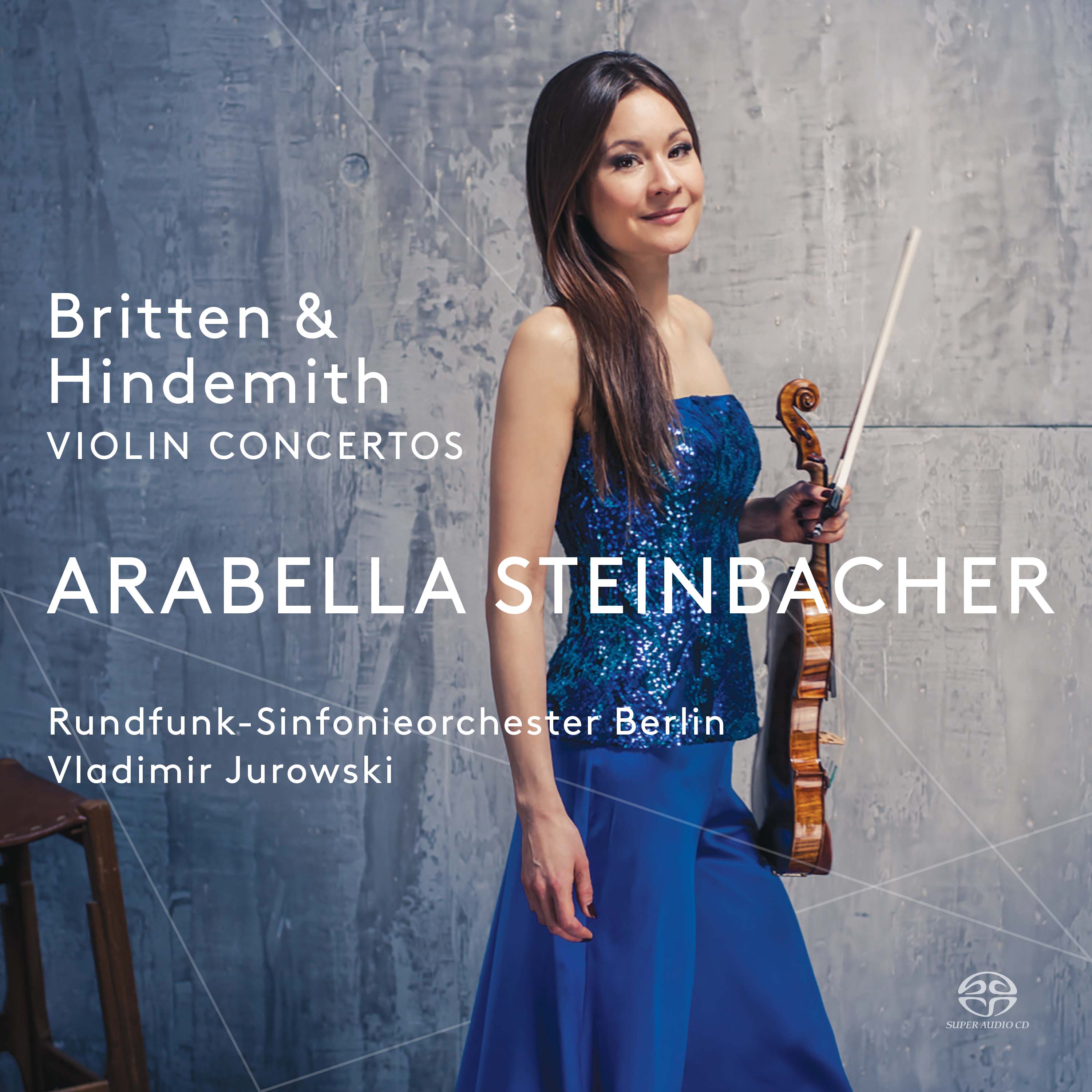 Violinist Arabella Steinbacher’s father knew Paul Hindemith personally, having worked with the composer, as a solo-répétiteur, on his opera Die Harmonie der Welt. Steinbacher thus feels a personal connection to Hindemith’s music – though she admits that his Violin Concerto, like Britten’s, presents extreme physical, as well as musical and technical difficulties, for any player. Yet judging by these superb performances Steinbacher seems to have surmounted them all.

Both were completed in 1939 in self-imposed exile, Hindemith’s in Switzerland, Britten’s in Canada; both stretch tonality and Romantic idioms to breaking point while indulging in a lyrical melodiousness that contrasts strongly with passages of visceral complexity.

Steinbacher and a very much on-form BRSO under the brilliant Vladimir Jurowski present the Britten first, the Spanish and neo-Baroque inflections and shimmering motivic repetitions and transformations exploding in cascades of unabashed virtuosity.

An all-too-rare perfect recital given by a formidable musician.

Tuning into the Bauhaus

April 1 marks the centenary of the founding of the Bauhaus, arguably the most important school of art and design of the 20th century. Though not on its curriculum, music influenced the Bauhaus style, and vice versa.

A thought-provoking journey through music old and new – and back again.

Warhorses come up fresh in Steinbacher and Ashkenazy’s hands.