French songs, most by an English composer, performed by a Norwegian soprano and orchestra under a British conductor. But nothing gets lost in translation in this immensely attractive new recording of Britten and Canteloube by soprano Mari Eriksmoen, Edward Gardner and the Bergen Philharmonic. 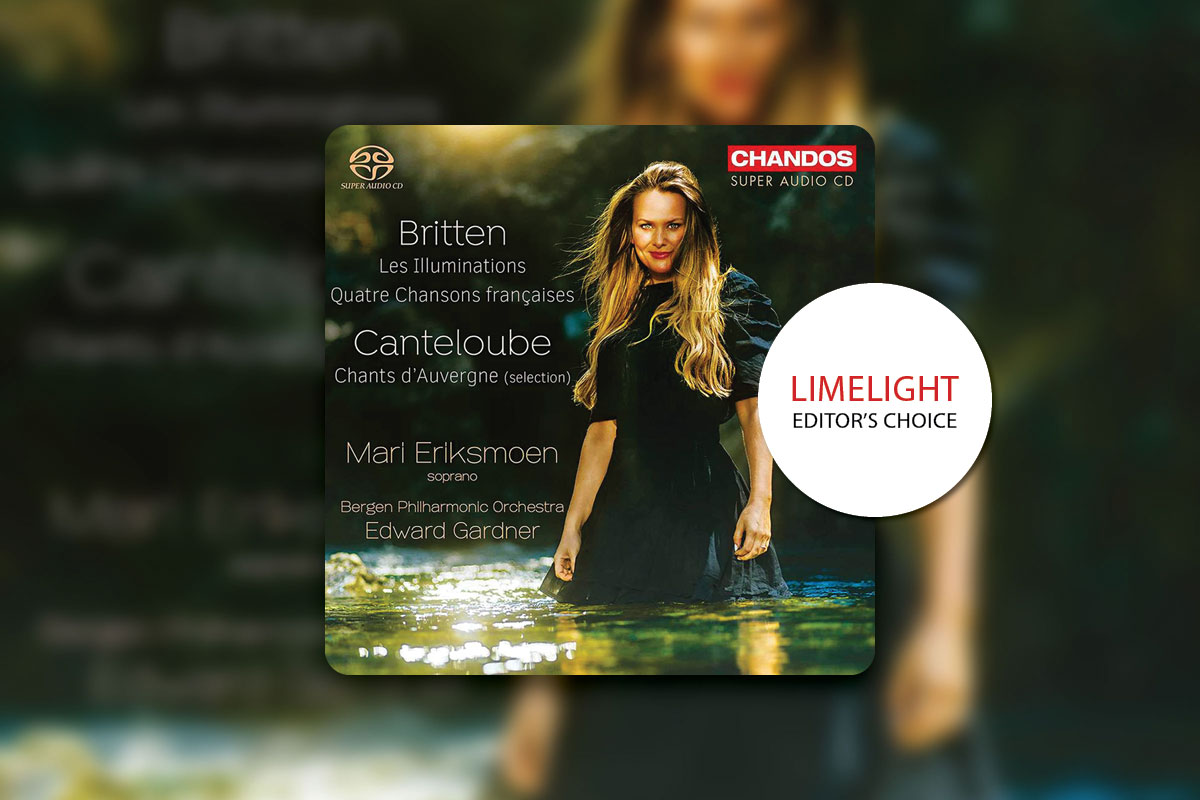 In many ways it’s a natural follow-up to the orchestra’s award-winning Peter Grimes , released last year. There we heard Britten’s operatic graduation, his musical drama delivered taut and dangerous by Gardner’s Bergen forces. But with Les Illuminations we step back, meet a composer still under construction, opera in his sights but not yet fully within his grasp.

Debates rage on over this upper-voice cycle, composed for soprano Sophie Wyss but subsequently performed by Peter Pears and all the obvious tenors since. Preference is a personal matter, though biographer David Matthews isn’t alone in casting his vote for a female voice with its extra sheen at the top of the range. If elfin brilliance is what you’re after then Eriksmoen’s account will certainly...