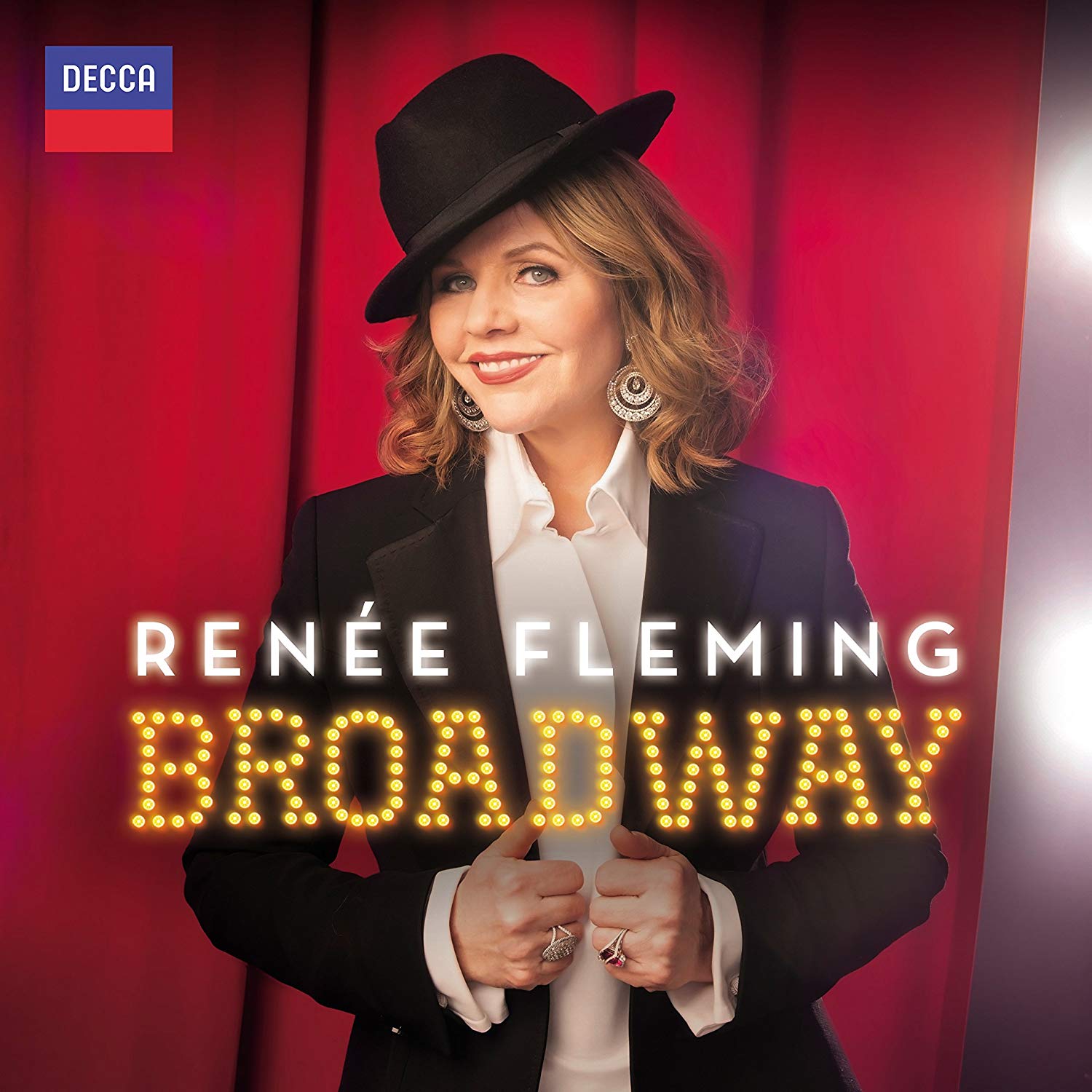 Opera stars singing musical theatre numbers can often be an awkward combination but Renée Fleming has a deep love for the genre and knows just how to find the right tone, restraint and style for show tunes, as she proves in her new album Broadway.

Fleming recently played Nettie Fowler in Carousel on Broadway and has had success singing jazz and more contemporary material including some Björk tracks on her 2017 album Distant Light. Her versatility is evident on her Broadway album which includes numbers ranging from the 1930s to the present day. It’s an interesting choice of repertoire from classic standards like All The Things You Are, to famous numbers such as Something Wonderful from The King and I and the title track of The Sound of Music, to less familiar songs like Loneliness of Evening, from Rodgers and Hammerstein’s Cinderella, to additions from recent musicals such as Pasek and Paul’s Dear Evan Hansen and Jeanine Tesori’s Violet.

Fleming has done a wonderful job of finding songs that suit her creamy soprano and the tones in her voices are utterly sumptuous at times. Her interpretations never feel overblown or melodramatic; instead she connects closely to the lyrics and takes you into the heart of each song, while her diction is immaculate.

The album begins in moving fashion with Fable sung by the lonely mother Margaret in Adam Guettel’s The Light in the Piazza. Among the other 16 tracks, Fleming brings a lovely jazzy feel to Cole Porter’s Down in the Depths of the 90th Floor, a soupçon of charming operetta to Jerry Bock and Sheldon Harnick’s Dear Friend from She Loves Me, a dash of Kabaret to Love and Love Alone from Kander and Ebb’s The Visit, and sassiness to The Glamorous Life from Sondheim’s A Little Night Music. There’s also a powerful duet with Hamilton’s Leslie Odom Jr which melds Children Will Listen from Sondheim’s Into the Woods and You’ve Got to be Carefully Taught from South Pacific. Fleming’s luscious top notes in Till There Was You will have you melting, while her exquisite version of So Big/So Small from Dear Evan Hansen is deeply poignant. All up, a lovely mellow album for fans of Broadway.