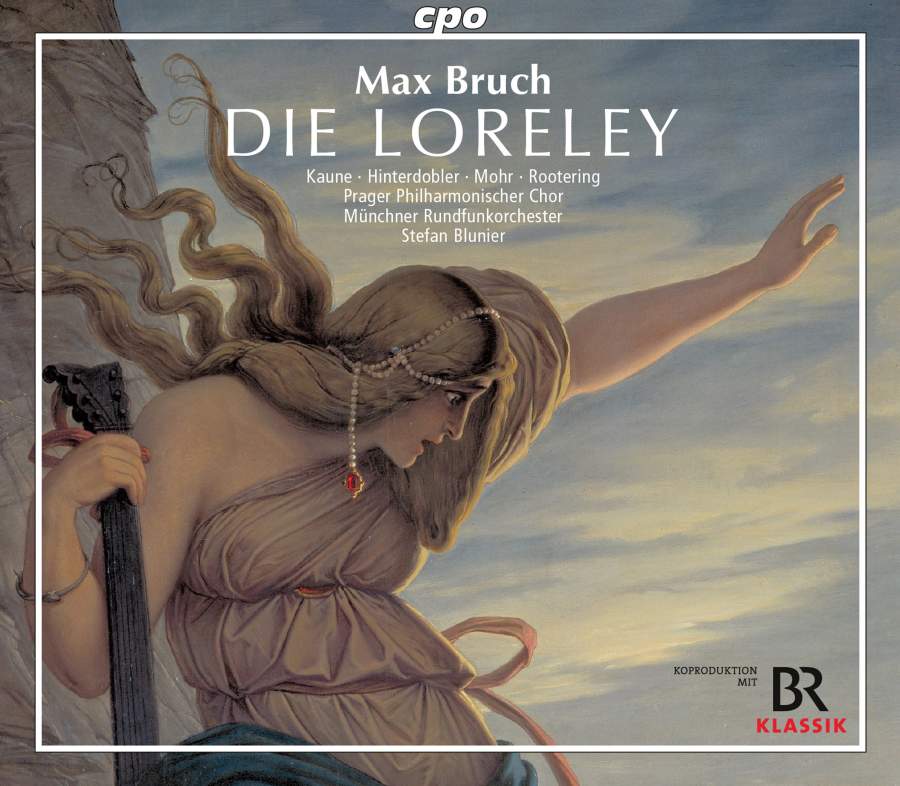 Bruch’s rarely performed and hitherto never recorded 1863 opera Die Loreley takes as its subject a mass of rock in the Rhine, a legendary site of maritime disasters. Loosely based on Clemens Brentano’s version of the Loreley legend, the opera follows Lenore and her attempts to take revenge on a lover who’s spurned her. Selling her soul to the spirits of the river and rock in exchange for an enchanting voice, she sets about luring away her wayward beau, Otto, on the eve of his wedding.

Bruch was in his early 20s when he wrote Die Loreley, and it does indeed bear some kinks that a more experienced composer would have ironed out. Stretches of the music are less inspired than others, and there are only limited signs of the melodic inventiveness that would distinguish his later works.

That being said, this live recording from 2014 sees the Munich Radio Symphony Orchestra under Stefan Blunier give a solid reading, with emphasis given to its obvious Schumann and Wagner-inspired orchestral writing. As Lenore, soprano Michaela Kaune is sometimes threadbare of tone but dramatically convincing, balancing timidity and singlemindedness, while Thomas Mohr copes admirably with the technical demands of Otto, showing off an attractive timbre. And in the thankless role of his fiancée Bertha, Magdalena Hinterdobler shows lovely vocal control and fine, affecting understanding of text.

Review: The Beauty of the Violin (Lu Siqing, Melbourne SO/Northey)

Bright violin playing, if the backing could be less like backing.

The orchestra was love at first sight for the Perth-bound Israeli conductor – the sounds, the instruments, the cigarettes, the coffee...