Sixty-one students in The Australian Ballet School’s full-time training program took to the stage of The Concourse in Chatswood last night – each one of them a shining beacon of hope and resilience in the face of a pandemic that brought the dance world to a standstill. By the time this review is published, only one more opportunity will remain to see this beautiful performance in Sydney. With just a handful of seats still available, interested readers should immediately scroll down to the booking link below to avoid disappointment. 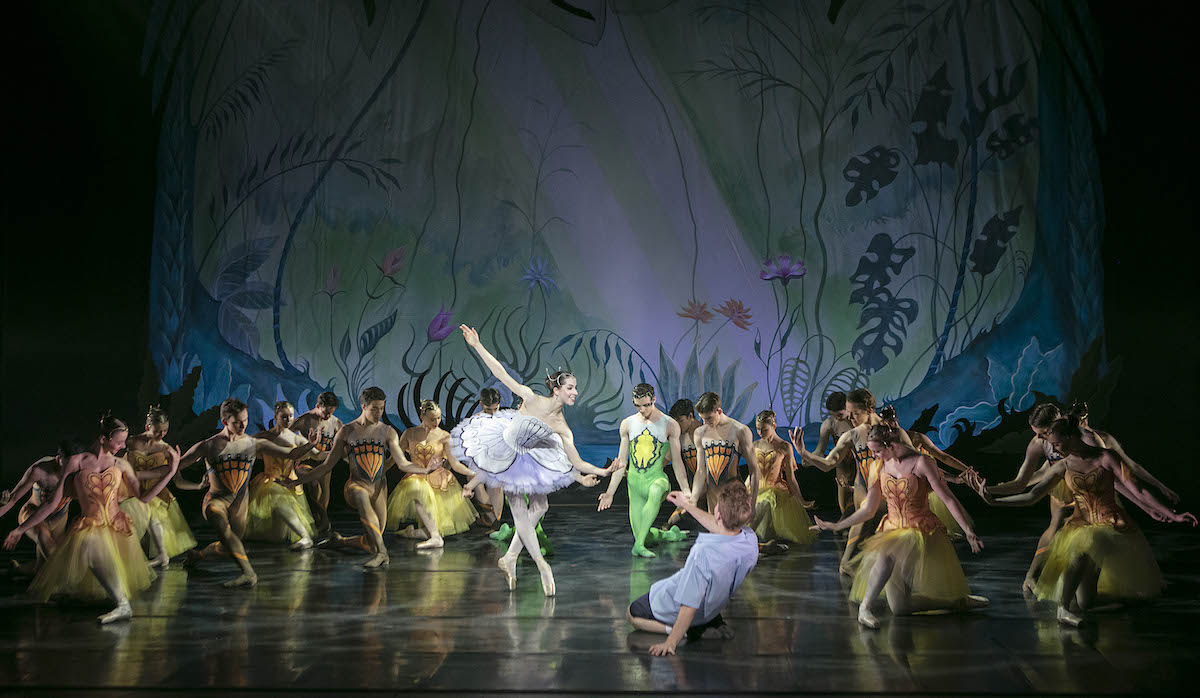 It is uplifting to see our future ballet stars on stage. Their joy at performing is both infectious and reassuring. It cannot have been easy to maintain the will to pursue a dance career when COVID first hit. In previous years, on average 90 percent of the school’s graduates had landed a contract within six months. In 2020 everything ground to a halt.

As The Australian Ballet School Director Lisa Pavane told Limelight in January last year, none of the school’s Level 8 students had been able to perform or graduate. This brought about the creation of a Post Graduate program, which provided them with ongoing training and performance opportunities while they waited for the annual audition process to resume.

When Lucas Jervies’ Butterfly first opened in Melbourne in December, it featured students from the program including Hannah Sergi and Hugo Dumapit, who now dance with The Australian Ballet. Butterfly is therefore not only a brilliant showcase of students’ skill, but also a celebration of an artform and industry restored.

Before addressing the performances on stage, one must acknowledge the superb work of the teachers at The Australian Ballet School, who keep the flame alive and impart their artistry onto their students. Among their ranks are many former stars of The Australian Ballet, including prima ballerina Joanne Michel who, along with Pavane, helped ignite this writer’s own passion for ballet. Their hard work has definitely paid off.

Set to Offenbach’s delightful Le Papillon, as recorded in 1973 by the London Symphony Orchestra under Maestro Richard Bonynge, Jervies’ Butterfly captures all the colours of this often-overlooked score. Gone is the melodramatic plot of the original, which could easily be described as a lepidopteran answer to The Little Mermaid. Instead, Jervies has crafted a charming fable about growing up and self-discovery. 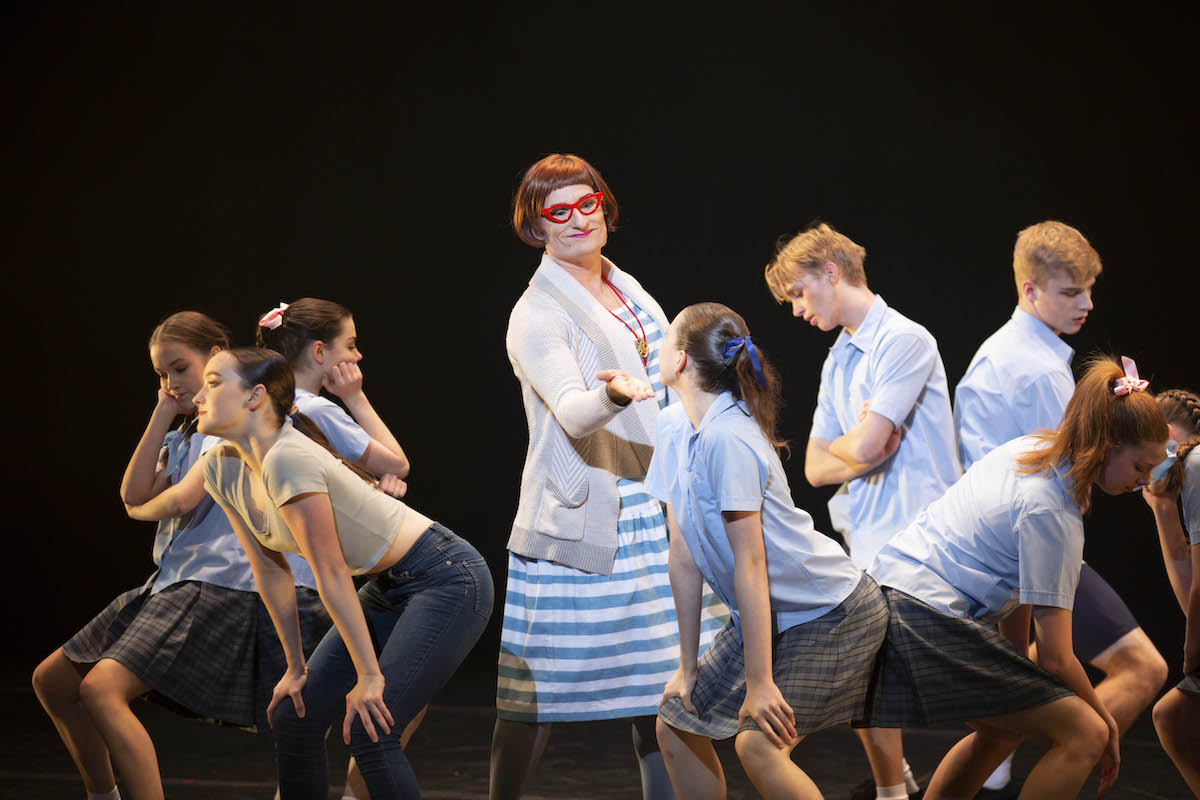 It begins with a group of unruly school children on an excursion to the zoo. They are in the care of one Ms Puttyfoot, danced here by David McAllister. It is a performance that the former Artistic Director of The Australian Ballet clearly relishes and sets him up as the Ray Powell of our time. There is even a fleeting reference to Widow Simone’s clog dance from La Fille mal gardée and much of that ballet’s flavour imbues Butterfly. Watching Sophie Burke and Mathew Solovieff convey the adolescent spirit of school kids Sophie and Jack, one can just as easily imagine them as the young lovers Lise and Colas (once a signature role of McAllister) in Frederick Ashton’s classic. Burke meanwhile shines in a role that demonstrates both her classical and contemporary dance abilities. Filled with naturalistic gestures, the effect is not unlike the expressionist choreography of Agnes de Mille and her landmark ballet for Carousel.

Jervies wanted to create a “tutu-ballet” and he has clearly found his calling. However, with Butterfly, he has also succeeded in assembling a superb confection that draws on the ballet canon to bring the young dancers’ skills, diversity and potential to the fore. Any artistic director in the audience would be pleased that the next generation of dancers can support programming that combines classical repertoire with the work of emerging choreographers. Ballet is an artform that, even at its most experimental, is grounded in tradition and technique. While Butterfly puts it all on show, Jervies has developed a coherent story ballet, rather than just cobbling together a catalogue of steps and jumps.

And jump they do … in perfect unison. From the Butterfly Men, who take to the air in stunning cabrioles, to the Butterfly Women in dazzling formations that recall Swan Lake, Giselle or Suite En Blanc, their perfect symmetry is breathtaking to behold in such a young company.

As the Monarch Butterfly, Amy Ronnfeldt has the makings of a future prima ballerina and maintains a graceful line throughout. In Act One she towers over Solovieff’s Jack like the Queen of the Willis from Giselle and is flanked for much of the scene by two Praying Mantises danced by Charlton Tough and Corey Gavan. Tough ably partners Ronnfeldt and demonstrates exceptional placement with a straddle split leap that is perfectly parallel to the floor. 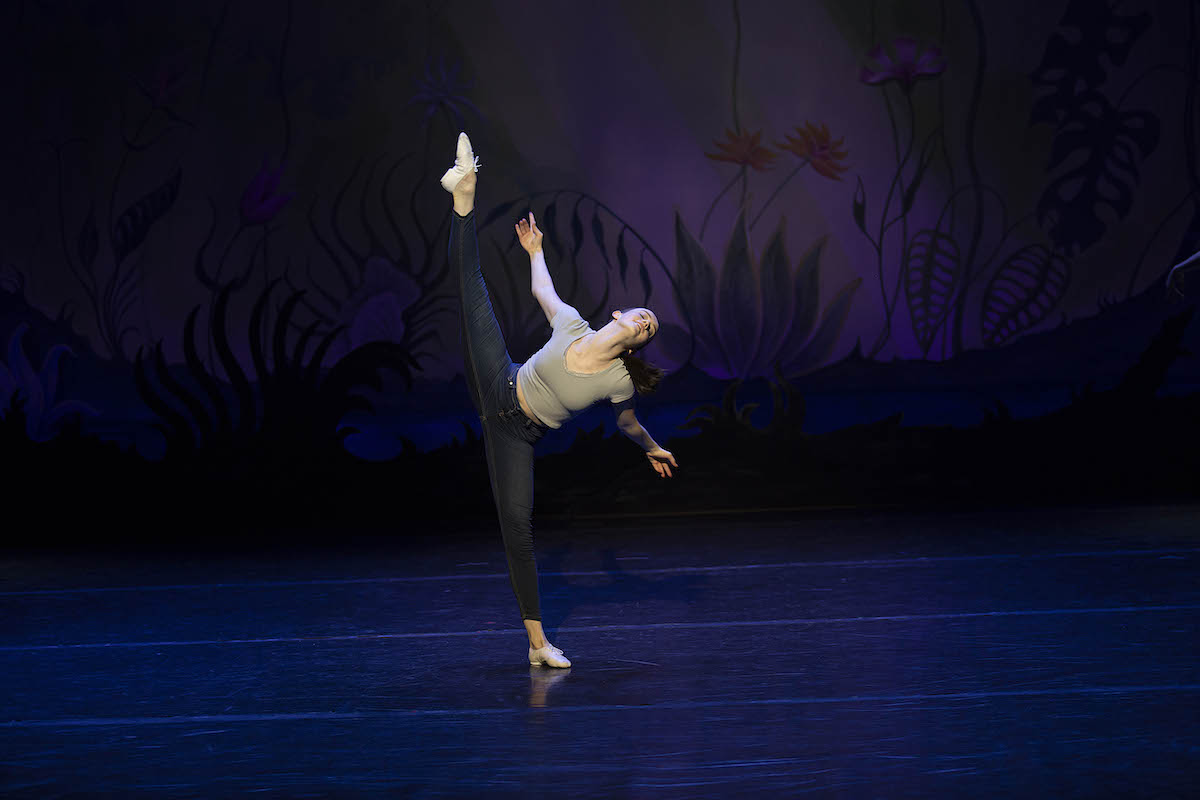 In Act Two, Jack has metamorphosed into a butterfly and is now danced by Charles Dashwood. Ronnfeldt joins him for a duet that echoes the Act III pas de deux from The Sleeping Beauty. There’s no fish dive at the end, but these rising stars have plenty of time to master that in the future. Dashwood also impresses with a series of tour en l’air during his variation.

As Pink and Blue Butterflies, Evangeline Beal-Atwood and Indiana Scott provide light relief while sending up the famed Rose Adagio balances from Act I of The Sleeping Beauty. Scott even manages to intentionally kick one of her partners in the face with her raised leg, while still en pointe!

Jervies also delivers his own take on the character dance with Sophie Wormald giving a stand-out performance as the Queen Bee. Unhindered by her striped, bulbous costume, she moves daintily around the stage and her impressive footwork (including a moonwalk en pointe) puts her in good stead to one day master the Kitri Variation from Act III of Don Quixote. Special mention must also be made of the three adorable bumblebees, who accompany Wormald and are performed by child dancers Florence Hanks-Ruttyn, Imogen Stephens and Estelle Wong. Despite their age, they have some of the best comic timing of the evening.

The entire performance is topped off by the masterly set and costume designs of Hugh Colman, which truly dazzle and, like the choreography, hark back to the basic principles of ballet. Creating beautiful stage pictures, while leaving as much empty space for the dancers as possible, is one of the hardest scenographic challenges. Colman pulls it off, evoking the early botanical paintings of May Gibbs, and the 19th-century illustrations of the Scott sisters, who were among the first to document the life cycles of Australian moths and butterflies.

The Australian Ballet School has reason to be proud. Through perseverance, it has succeeded in keeping the hopes of our young dancers alive throughout the last two years of the pandemic. Butterfly is a clear sign that the Australian and international ballet scene can and will thrive for generations to come.

The Australian Ballet School’s Butterfly is playing at The Concourse, Chatswood, Sydney until 18 June 2022. Book here.

Review: Soar: A Life Freed by Dance by David McAllister