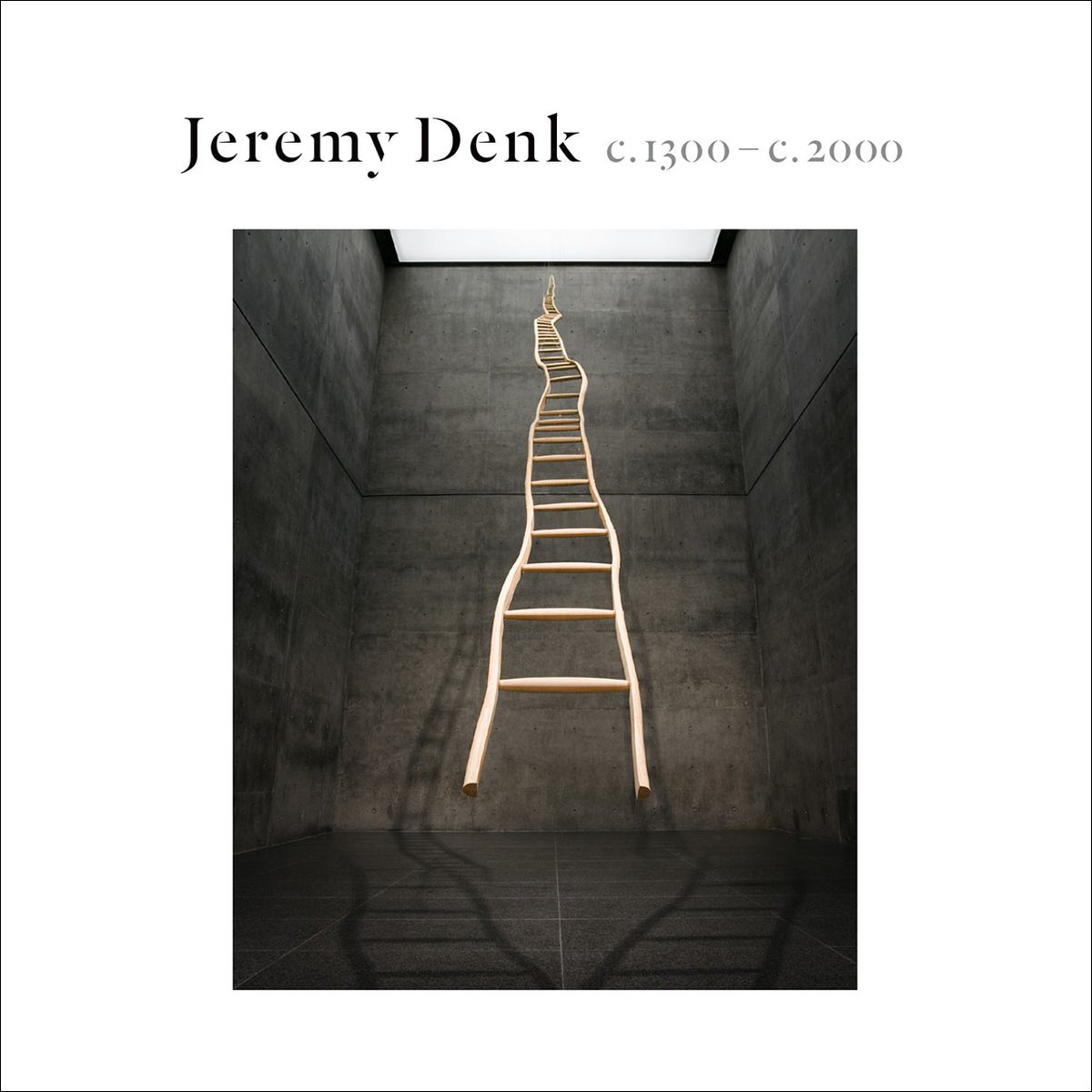 Prior to this new release the American pianist Jeremy Denk has only released two albums – a meeting of Ligeti with Beethoven’s final sonata and a fine traversal of Bach’s Goldbergs, which was unusual in that it came with a DVD of the pianist discussing the work rather than the ubiquitous printed liner notes. That his latest covers around 800 years of contrapuntal writing, has raised my curiosity level yet again. Initially presented as an 80-minute recital at Lincoln Center, this fascinating programming idea has finally made it into the recording studio with excellent results.

As Denk explains in his liner notes, “you might call this album a version of time-lapse photography, which brings us from the 1300s to the present day in a series of sonic snapshots.” The recital starts in the medieval period with what he calls “two threads” – the sacred and the profane. And of course, when covering such a vast terrain of music, the choices become personal and, as such, are bound to create debate of over which composers and compositions to include in this fascinating endeavour.

Due to its length, it became necessary to divide the recital into two parts with disc one ranging from the simple two part voicings of Binchois through to Bach and his highly virtuosic Chromatic Fantasy and Fugue, taken at quite a giddy pace. The second disc travels from Mozart and the second movement of his Sonata Facile K.545, to finish with Stockhausen, Glass and Ligeti before returning to the opening Binchois transcription. By doing this – that is, opening and closing the recital with
the same piece – Denk not only shows his listener just how far they have travelled in this recital – and indeed the influence of medieval music on contemporary composers like Philip Glass – it also brings the presentation full circle, as it were, in a similar manner to which Bach opens and closes his phenomenal Goldberg Variations.

There are some fascinating choices made by Denk, including a masterly take on A Voluntary by William Byrd. Indeed Scarlatti, Byrd, Purcell and Bach are the only keyboard originals encountered on the first disc. The rest are transcriptions of vocal works by the likes of Monteverdi, Ockeghem and Gesualdo – but such is Denk’s mastery of the instrument that it takes on a finely spun legato when needed.

The second disc highlights include a very fine Liszt transcription of Isolde’s Liebestod, and 20th-century masters such as Schoenberg, Stravinsky and Debussy. And while many of his choices are brief, they work together to make a finely weaved recital of great individuality and daring.

Review: For the Love of Brahms (Bell, Isserlis, Denk, ASMF)

I found this a strange compilation. The concept is so convoluted it would take the entire review to explain. Suffice it to say, it’s about the internecine personal and creative dynamics between Brahms, the Schumanns and the violinist Joseph Joachim. I’ve always considered Brahms’ Double Concerto a dour, rather charmless work, and nothing here, as impressive as Isserlis and Bell are, changes my mind. Curiously, Isserlis seems to take a back seat. That said, I can’t help but be amazed at the sound of the ASMF (how far they’ve come since those early Argo releases of fleet-footed Mozart symphonies with the late and generally lamented Sir Neville!) Whether or not this ensemble is ideally suited to music of this heft is another matter. And it seems an odd work to be conducted by one of the soloists. Of greater interest was the original, more expansive, and much less performed, 1854 version of the Op. 8 B Major Piano Trio, yet another supposedly codified expression of love from Brahms to Clara Schumann. The second, 1889 version is more emotionally circumspect but this one is vaut le détour. They’re partnered by pianist Jeremy Denk. The joins, such as the incongruous fugue in…

Bach’s Goldberg Variations has become a piece of cultural capital, used as a prop for intellectual pretensions, and with so many recordings available I must admit to a grumpy scowl as I loaded this disc into my player. Here we go again, another pianist thinks the world needs to hear his thoughts on this venerable masterpiece, this had better be good.  Press play and the Aria is elegant and straightforward, Var I is crisp and playful – good so far. As the disc went on a smile spread from ear to ear – this is rather special, you know. Denk’s limpid tone and judicious pedalling maintains clarity while his architectural grasp integrates each variation into a grand plan while characterising each with a specific mood and attitude. He sees patterns where others merely see notes. Voices move forward and back by way of subtle lighting effects rather than glaring follow-spots; the descending chromatic bass at the beginning of Var XXI is tinted with a darker baritonal colour on the repeat – classy! The fughetta of Var X is stern but not hectoring; indeed Denk never makes an ugly sound and doesn’t peck.  There are sensual delights such as his gleaming touch…

Back to basics with Bach