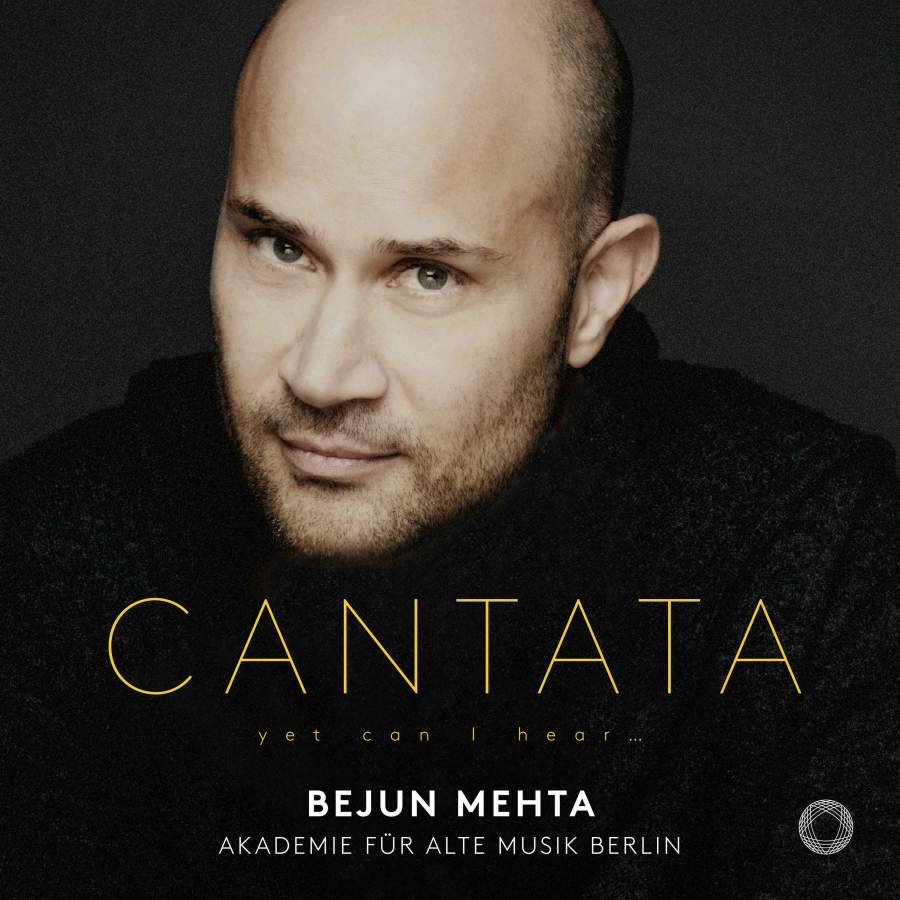 The past decade could well be designated the Rise of the Countertenors with their albums filling record catalogues. Gone are the days when you might find an Alfred Deller offering from the 1950s and little else – today we are spoilt for choice. One of the best is Bejun Mehta, known for his collaborations with René Jacobs. He has two Grammy nominations and fills concert halls and opera houses across Europe and his native America.

For his latest disc he turns his attention to the cantata – both secular and sacred – with works by Handel, JS and JC Bach and Vivaldi and the medium suits both his vocal agility and undoubted acting skills. It’s a generous album – 72 minutes of classy music making in which Mehta’s attractive and expressive timbre is beautifully matched by the musicianship of the Akademie für alte Musik.

Mehta’s take on Bach’s ever-popular Ich habe genug compares favourably with Philippe Jaroussky’s recent recording. Mehta takes it faster – his Schlummert ein is just over nine minutes compared with 10’39’’ by the Frenchman – but it doesn’t suffer and the warmer and closer presence of the orchestra gives this version a more natural and less staged feel. Xenia Löffler’s oboe is faultless – she doubles on chimes for Melchior Hoffman’s enchanting aria Schlage doch, gewünschte Stunde – as is Christoph Huntgeburth’s flute in Handel’s Mi palpita il cor. Highly recommended.

Telemann serves tapas in a rich and entertaining listening experience.

Auspicious start for new baroque kids on the block.

The Akademie für Alte Musik Berlin (affectionately portmanteaued to ‘Akamus’) gives a blistering re-enactement here of George I’s 1717 noisy barge journey down the Thames. Dance tunes in the French outdoor tradition and a processional, military colour dominate. The three suites each use different instrumentation, a fact that points to their separate origins, and poaching from earlier output. Grammy-winning Baroque specialists Akamus began in East Berlin in 1982. For this recording they are 27 players (to Handel’s 50; probably a good thing) and are operating sans conductor, under concertmaster Georg Kallweit. They bring a perfect blend of ensemble unity and soloistic flair. Oboist Xenia Löffler embellishes the Adagio e Staccato (Suite 1) with supreme artistry. Supersonic tempi transform the horn-centric movements into Olympic feats. Water Music is the first time a pair of horns was heard in an English orchestra; imagine the virtuosic trills of the Allegro (Suite 1) blasting peasant ears near and far. Typical for excellent period ensembles, the rhythmic vigour required of baroque music is really apparent here. In the Bourrée (Suite 3), timpanist Friedhelm May is a standout soloist. The central suite is more intimate than the outer two. Flautist Christoph Huntgeburth and Lutenist Björn Colell bring…