Carl Orff’s scenic cantata Carmina Burana(1936) is a gargantuan work and therefore ideal for the scope of Adelaide Symphony Orchestra’s eclectic Festival of Orchestra. The composer set to work after coming across an early 19th-century publication of a series of often bawdy and irreverent medieval verses written by monks during downtime from their chores. Though there’s no plot line as such, Orff has arranged the poems into four subjects – In Spring, In the Fields, In the Tavern and The Court of Love – bookended by the famous O Fortuna– a paean of sorts to the fickleness of fortune and the inevitability of man’s fate: death. Written during times of pestilence and plague, the subject matter remains entirely appropriate to our current trials and tribulations. 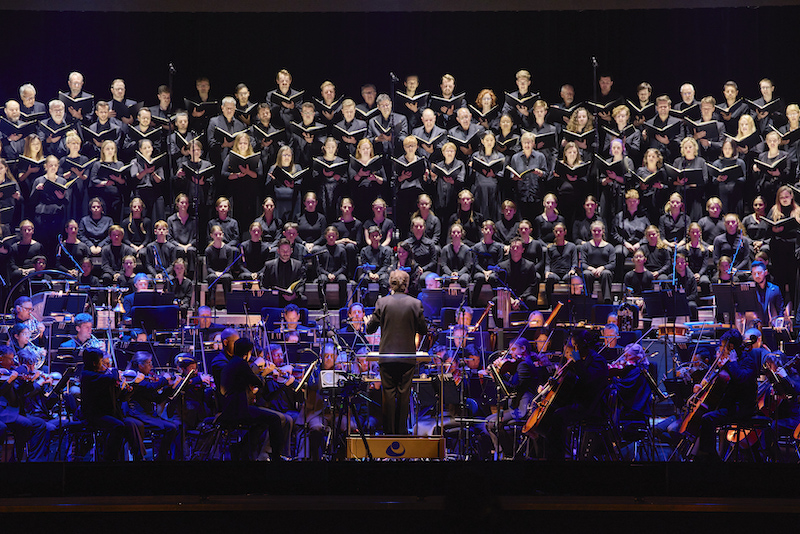 Whilst most works are heard to best advantage inside the concert hall, Orff’s Carmina Burana, at its most effective, demands huge Wagnerian choral and orchestral forces including two pianos and an extremely large battery of percussion. Here, everything went...