The ensemble Adelaide Baroque has established a unique position in Adelaide’s musical scene, and has gained a substantial public following through its excellent and thoroughly informed performances of Baroque repertoire. This concert, featuring some of Bach’s most popular works, was intended as a celebration of the 300th anniversary of the production of Bach’s six Brandenburg Concerti. However, changes to the anticipated program involved the omission of the originally planned Brandenburg Concerto No 6, Bach’s final in the series. Instead, we were treated to a cantata by Buxtehude and a homage to Bach by contemporary Adelaide composer Graeme Koehne to round out what amounted to an overview of Bach’s musical era and his legacy. Both the Buxtehude and Koehne works placed Bach’s immense oeuvrein a musical and historical context, confirming Bach’s pivotal position in Western music (as if any confirmation was still needed) and the broader significance of his work socially and culturally. 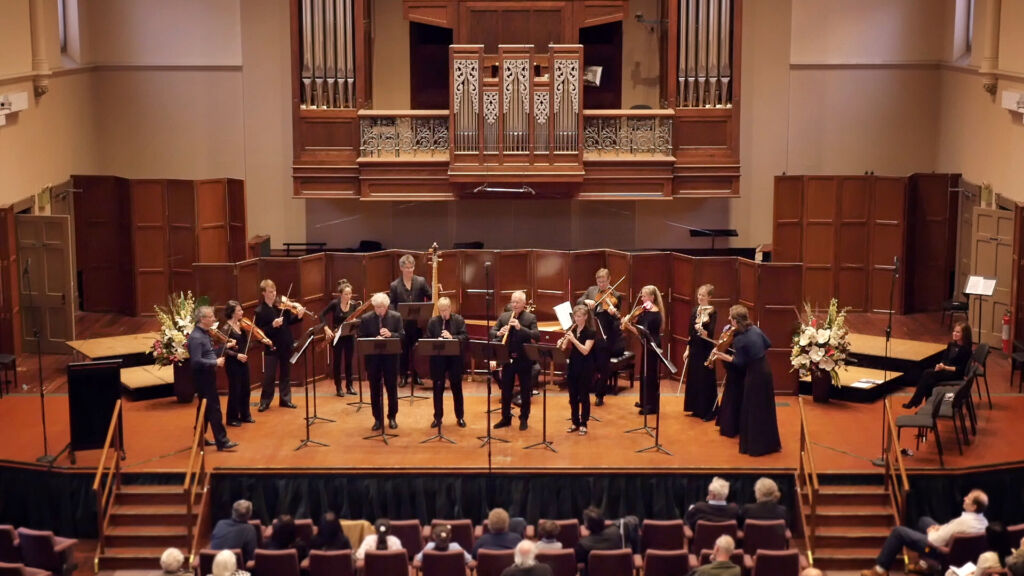 The evening opened with Bach’s Suite No 3 in D Major, BWV 1068, performed with its original instrumentation of strings and continuo — evidently Bach added trumpets, timpani and oboes in...