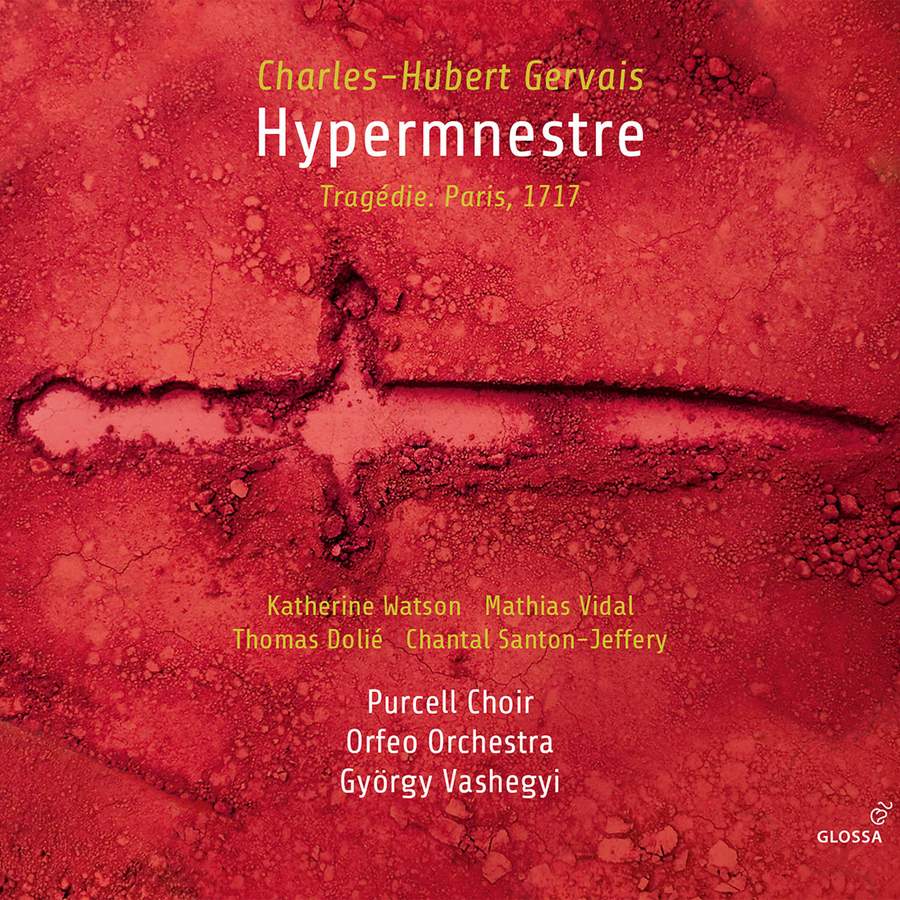 Charles-Hubert Gervais was the younger of that generation of French Baroque composers between Lully and Rameau that included Campra, Delalande and Monteclair. Engaged as Maître de musique at the Palais Royal for Philippe d’Orléans (regent of France 1715-23) his style reflects the tastes of the Italophile court.

Composed for the Académie Royal de Musique, his opera Hypermnestre remained a staple of the company’s repertory for half a century, a privilege few operas then enjoyed, being revived as late as 1766 after the death of Rameau. This premiere recording was possible thanks to a thorough musical archaeological dig by the Centre de Musique Baroque de Versailles – the numerous revivals leaving a paper trail that enabled the creation of a critical edition.

The superb Budapest based ensembles led by György Vashegyi have given us some mighty fine renditions of the Académie’s repertory so were a natural choice for this important release and their rendition makes it perfectly clear why Gervais’ forgotten masterpiece was such an audience favourite. The libretto is a dramatically taught telling of the crucial episode in the Danaïdes ancient family soap drama – cleverly honing down the narrative to the three principal characters but incorporating divertissements for charm and spectacle at well-chosen points for contrast.

Gervais was a mighty fine melodist and orchestrator ­– such moments as the earthquake chorus Quel pouvoir contre nous rassemble hint of the coming glories of Rameau – his counterpoint is complex with sophisticated harmonies and surprising twists. The earthquake is preceded by a splendid sequence of dances and a martial chorus with trumpet and drums.

Thomas Dolié makes quite an impression here as a formidable Danaüs. Katherine Watson in the title rôle seduces the ear with a voluptuous bloom but tightly controlled coloratura; here’s a rising star to watch. Another to watch is tenor Mathias Vidal as the love interest Lyncée, a superb high tenor voice with lovely open sound and palpitating intensity – listen to their lovely duetting in Act 2 Scene 5, a magical scene.

Soprano Chantal Santon-Jeffery is a sheer delight in various nymph/peasant/Bo-Peep rôles. The Purcell Choir (I’d be so tempted to change their name after Brexit) cover themselves with glory as does the superb band. There is marvellous hoe-down chorus in Act 3 with the superb oboes and bassoons doing a chuckle inducing hurdy-gurdy imitation.

György Vashegyi inspires a brilliant red-blooded performance from all and keeps everything moving forward on the dramatic trajectory – there is never a dull moment. Stunningly well recorded, packaged and documented, this is an important release and deserves plaudits for all concerned. Essential for French Baroque fans.

Chantal Santon Jeffery is one soprano to keep an eye on.