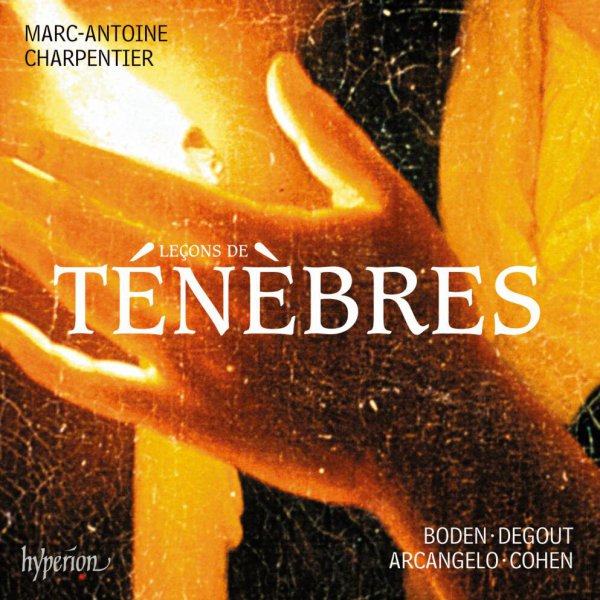 Arcangelo’s latest recording overflows with all the elegance and beauty that makes Charpentier’s music so appealing. It’s hard to believe that in the composer’s lifetime his masterly synthesis of French and Italian styles caused passionate arguments for and against. In this generous and varied program numerous aspects of Charpentier’s art are on display.

Litanies de la Vierge is the composer’s only setting of the Litany of Loreto not written for his Jesuit employers. Composed for the wealthy and devout Mademoiselle de Guise (who boasted a considerable musical ensemble of about 15 performers), Charpentier was able to deploy the six voice parts in a variety of creative combinations and textures.

The expressive power of the Magnificat à 3 (H73) is derived primarily from a ground-bass that descends through the interval of a fourth. Over this powerful harmonic framework Charpentier builds a dazzling vocal super-structure (interspersed with instrumental ritornellos) that magnificently illustrates the text. Baritone, Stéphane Degout and tenor, Samuel Boden obviously relish being part of this stunning baroque confection. Ouverture pour le Sacre d’un Évêque, probably written in 1695 for the enthronement celebrations of Cardinal de Noailles, the new archbishop of Paris, forms a grand orchestral interlude.

Taking up the lion’s share of the disc are Charpentier’s three sets of Tenebrae lessons for Holy Wednesday. Tenebrae (the Latin word for darkness) was a service which featured the gradual extinguishing of candles. Celebrated on three days of Holy Week, the ceremony featured readings from the Lamentations of Jeremiah. While not as well known as Couperin’s, Charpentier’s settings are of full of pathos and are noteworthy for the important role the instruments play in the overall effect. Jonathan Cohen and his forces are on excellent form throughout, shaping every phrase. Enjoy!