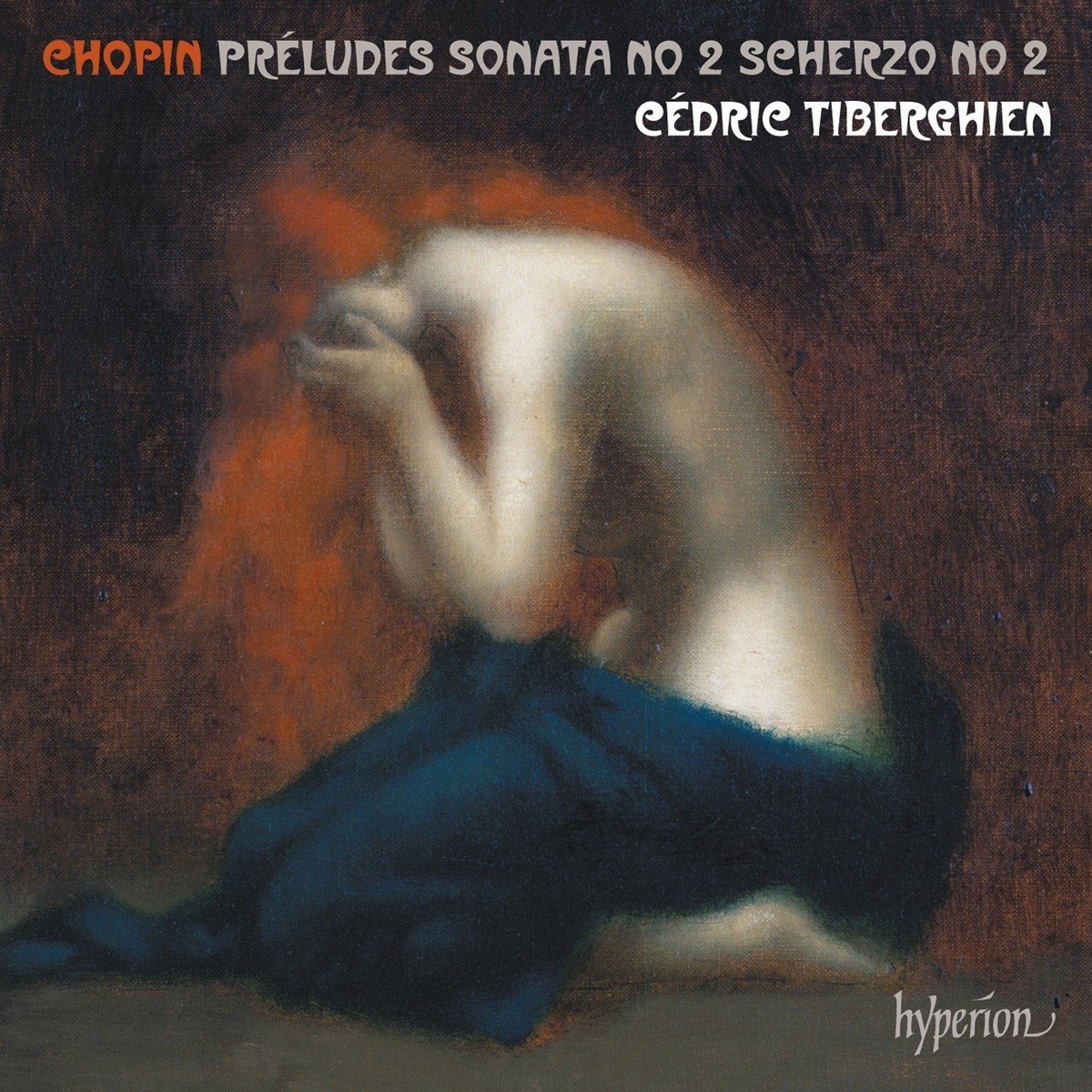 Until recently, Cédric Tiberghien has been engaged in an impressive recording project: a survey of the solo piano works of Béla Bartók. But since polishing off the Hungarian master, the French virtuoso has opted for a return to an old favourite: the music of Frédéric Chopin. His most recent disc with Hyperion features some of Chopin’s most famous works, including the Op. 28 Préludes, and the B Flat Minor Piano Sonata. The program as a whole comes off as incredibly poised, and Tiberghien’s performances of these well-loved works are notable for their clarity and self-control.

Lovers of full-bodied, sentimental readings of the Op. 28 Préludes won’t find them here. Tiberghien’s are more restrained compared to some of the famous interpretations, particularly with regard to tempo, where heavy rubato is often eschewed in favour of direct line. Where other performers might linger during a phrase, or savour a change of chord, Tiberghien makes a point of pushing through without much delay. The result is cleaner when it comes to relishing the structure of the music, though some will find the slower Préludes wanting more space. The magical fourth, in particular, feels hurried. A question of taste, perhaps?

The decision really pays off though in the more bravura Préludes, like the eighth and especially the 16th, which can sound heavy-handed, but under Tiberghien’s deft touch they’re brought off with remarkable precision. It’s the clarity of touch, and the honed rendering of Chopin’s bustling textures, which make Tiberghien’s Préludes worth the time.

The Piano Sonata No 2 in B Flat Minor is famous for its third movement, the Marche Funèbre, which was played at Chopin’s own funeral. Tiberghien’s clear articulation is again on full show in this dramatic work, from the bustling opening movement’s doppio movimento. Here, Tiberghien balances impassioned lyricism with busy passagework, which gives way to an energetic boldness in the second movement scherzo.

The Funeral March proper is a real highpoint of the disc, feeling intimate without ever coming across overdone. The lyrical central episode is particularly divine, delivered simply, without exaggeration. The Presto finale again reveals Tiberghien’s deft touch, perfectly balancing the unison rapid passagework between both hands. The final work, the B Flat Minor Scherzo, Op. 31, is a perfect summation of the whole program: lyricism, drama, frenzy, and charm, which Tiberghien carries off with elegance and consummate artistry.

Hothouse music could benefit from a little more heat.