At first sight an entire recital dedicated to Chopin’s 17 surviving Waltzes could appear to be a daunting prospect, but a redeeming feature of pianist Mark Coughlan’s choice of program is that the Waltzes, unlike the Nocturnes or Mazurkas, offer a variety and accessibility that make for an agreeably complete recital.

The Waltzes are seldom considered to be amongst Chopin’s greatest works, but the fascination of the composer’s ability to transform a waltz into something significantly more sophisticated than a basic folk dance proved irresistible to Parisian audiences of the nineteenth century. None of the waltzes could be described as suitable for dancing, with the constant rubato and fluctuating tempi confounding even the most debonair performers. 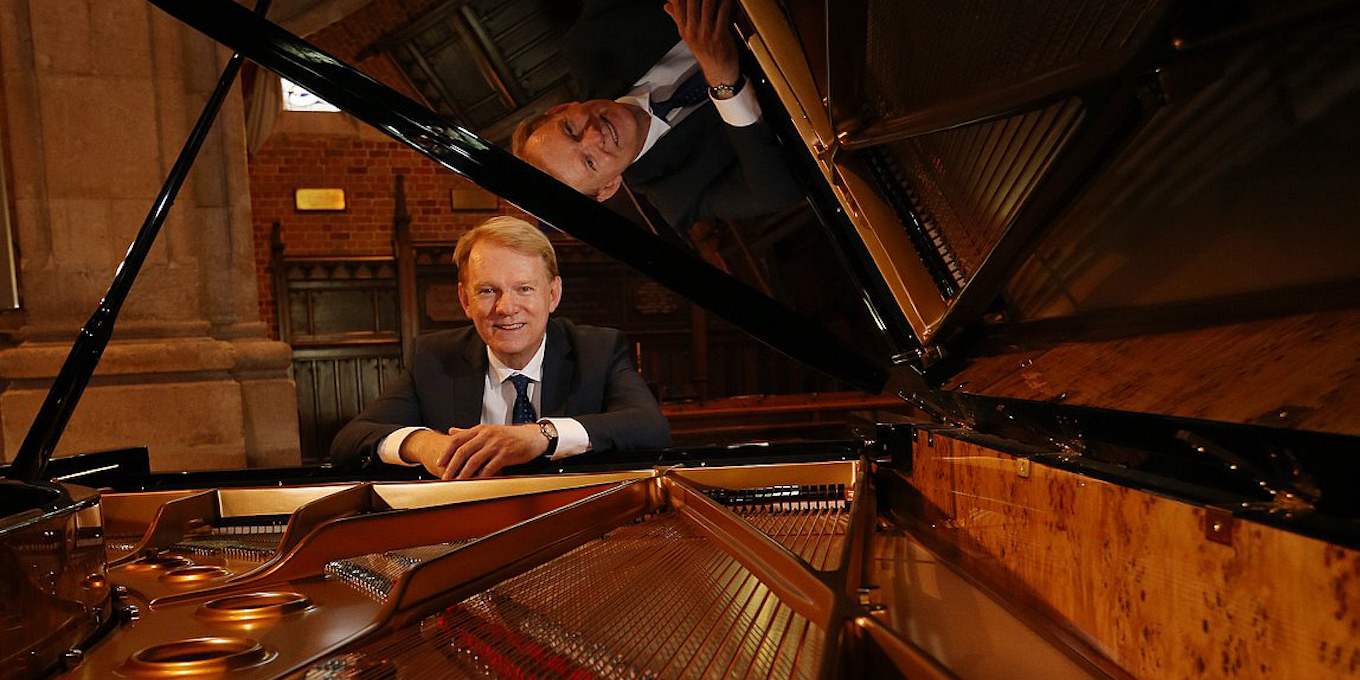 The works selected by Coughlan for this recital were performed in non-chronological order, beginning with E flat major Op. 18 before moving to the Op. 34 set of three waltzes. Chopin had visited Vienna prior to writing his Op. 18 waltz, and commented on the enormous popularity of the Johann Strauss Sr. and Joseph Lanner waltzes, which were always greeted with tremendous applause. At the time, critics’ opinions of the waltz ranged from ‘dirty and riotous’ to ‘a promoter of vigorous health and hilarity of spirits’. Chopin’s transformation of the waltz added a level of refinement more suited to the upper classes than the general public, prompting Robert Schumann to observe that if Chopin’s waltzes were to be danced at least half of the ladies should be countesses.

The E-flat major Op. 18, with its commanding clarion-like opening, summoned attention to the Grand Valse Brillante. Coughlan set an easy, unhurried tempo here, followed by the Op. 34 providing a welcome contrast, although the inner voices in Chopin’s writing were not immediately obvious. Syncopation in the gentle second waltz of this group could have been more apparent, by demonstrating the finely-drawn subtleties of Chopin’s waltz oeuvre.

Chopin’s melodies have a marked similarity to the bel canto operas of the day – with influences of the long flowing melodic style frequently evident in his piano works. The opera composer Vincenzo Bellini was not only a friend of Chopin but a musical influence, for example, with  suggestions of the aria Casta Diva from his opera Norma hidden in the slower section of the F major Op. 34 No 3.

The Op. 64 group of three waltzes begins with the ‘Minute Waltz’. The nickname ‘Valse du petit chien’ apparently referred to George Sands’ dog, but since its composition in 1846/47 it has often  been misrepresented as a unit of time, causing pianists to desperately attempt to play the waltz in less than a minute. Fortunately, Coughlan ensured the rhapsodic and lyrical elements were not lost in a hurly-burly of sound, but contrast would have been welcome with alternative melodies given more prominence. The gentle contrasting Op. 64 C-sharp minor is a further example of Chopin’s highly vocal writing in more expansive passages. I recall hearing Arthur Rubinstein playing this waltz and being amazed at the subtleties and inner voices brought to the fore in this perhaps overly-familiar waltz.

Chopin’s own playing transformed piano technique. Legato and rubato with an overall delicacy revealed previously unheard nuances and subtlety. His favourite piano was a Pleyel, with an easy touch and an underlying sonority. The more robust Fazioli used by Coughlan in this recital would have contributed to a bolder sound unfamiliar to Chopin’s style of playing. In 1838 George Sand took him to Mallorca to escape the Paris winter. There were no good pianos on the island and Chopin had to make do with a local piano, which apparently gave ‘more vexation than consolation’. Nevertheless he composed some of his Preludes, the most interesting and modern works of his output, on this ‘vexatious’ instrument.

Coughlan’s reading of the ‘Valse de l’adieu’, Opus 69 No 1, displayed the refined rubati style associated with Chopin’s piano works. An introspection was apparent here, with controlled pianissimi. The concluding E minor Op. posthumous provided Coughlan an opportunity for a more unbridled style of playing, with possibly a sense of relief at the end of the recital being in sight. This waltz has ample opportunity for the soloist to demonstrate different voicings for the many repeated phrases, although this was not overly apparent in Coughlan’s performance.

Chopin’s instructions to pupils were many and varied – “dispense with the score for spontaneity; don’t look at the keyboard”; using the thumb on black keys, and changing fingers on single keys like an organist. Commentators wrote that he single-handedly transcended the essentially percussive nature of the piano, prompting the question whether today’s more sonorous instruments may be somewhat unsuited for his works. However, his keyboard compositions remain prominent in the core repertoire of great pianists.

This was an opportunity to hear the Chopin Waltzes in one recital in Perth. A more evident demonstration of the Chopin subtleties with singing tone and inner melodies providing contrast and interest would have been welcome. Halfway through the program one became only too aware of the firm Cathedral seats, and the continuing three-in-a-bar music. However, St George’s somewhat dry acoustic suited the intimate style of this recital, giving clarity to the more energetic sections of Coughlan’s playing despite occasional lapses in precision.

Fiona Campbell on Music on the Terrace

The Perth concert series’ new Artistic Director discusses what audiences can expect from the rest of the season.

Ahead of its WA premiere, the organist reckons Handel’s oratorio offers more than just The Queen of Sheba’s ubiquitous arrival. Continue reading Get unlimited digital access from $3 per month Subscribe Already a subscriber? Log in