For half a century the six voices of The King’s Singers have set the benchmark for blend and close harmony across a varied repertoire of genres from William Byrd to the Beach Boys. Their “pyramid” of sound – two countertenors and a tenor anchored by a brace of baritones and a bass – has also been synonymous with Christmas with concerts and TV shows both sides of the Atlantic featuring their mix of carols, folks songs and light-hearted takes on schmaltzy “lollipops”. 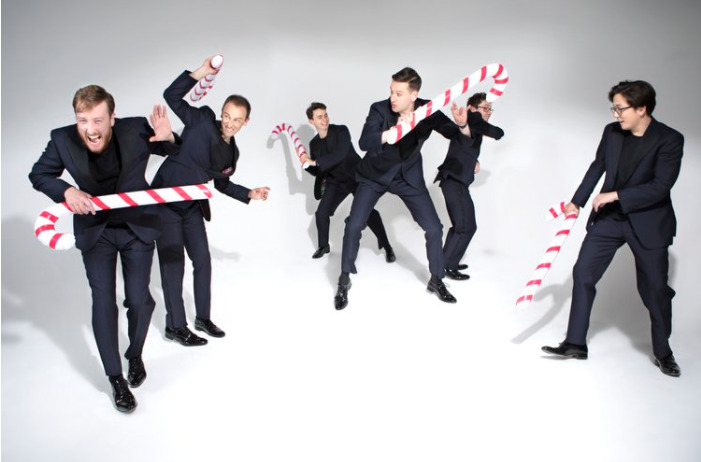 The pandemic locked them out of churches and concert halls – but not the recording studio – and now, perfectly timed for the festive season, they’re back in front of a live audience in London’s magnificent church St Martin-in-the-Fields as part of VOCES8 Foundation’s Live From London Christmas 2021 festival – a series of concerts by leading vocal groups available for on-demand streaming until 15 January.

The two-part concert features traditional folk carols from Europe as well as England, along with “reimagined” ancient songs and Christmas hits, all of which can be...

Review: Where All the Roses Go (Apollo5)

Bouquets all round for this fresh, appealing and diverse program.

★★★☆☆ The most recent release from British choral ensemble Voces8 is a catalogue of shimmering music centring on the theme of light. The eight-piece group is flawless, and their radiant timbre doesn’t let the disc’s title down one bit. Their shining tone and technique make for joyful, peaceful listening, and the acoustics – Dore Abbey and St Michael’s, Highgate – help polish the already stunning performance. The 15 tracks traverse centuries of music, from Renaissance masters such as Tallis to contemporary composers like Lauridsen and Ešenvalds. There’s even pop crossover in arrangements of Ben Folds and Massive Attack. It’s an album of unashamedly beautiful music intended for reflection and relaxation and on that level it works. But while thought has clearly gone into the curation, the result has missed the mark. The pop arrangements don’t come off that convincingly, and feel slightly sacrilegious when heard a track or two away from Allegri’s sublime Miserere (which does sound gorgeous). And Thomas Tallis with saxophone and a vocal arrangement of Elgar’s famous Nimrod from his Enigma Variations will probably irk the purists.  Ultimately this disc’s appeal lies in its beauty of sound, and for this reason I’d gladly have it on while…

Treat for the ears from venerable and meticulous English masters.

While I’m no great fan of “chill” albums, I’m a great fan of good choral singing. Thankfully, Eventide not only features some of the finest choral singing you’ll here anywhere; as far as chill albums go, it’s one of the best I’ve heard (and having worked in a suburban CD store for some years, I’ve heard a lot). Young UK choral outfit Voces8 (for those of you whose school Latin is a bit rusty, voces is the plural of vox – “voice”; the “8” is for the group’s eight singers) has been around since 2003 but this is its debut for the prestigious Decca label, surely a coup for any young choir. The repertoire is unashamedly chillax and features straight classical works by Tallis, Bruckner, Britten, Lauridsen et al, albeit sometimes in arrangement, as well as vaguely crossover items such as Karl Jenkins’ Benedictus and film music such as Hymn to the Fallen by John Williams from Saving Private Ryan. There are also world premiere recordings such as Ola Gjeilo’s Second Eve, which was commissioned by Voces8. Many of the items feature solo instrumental accompaniment courtesy of Christian Forshaw’s saxophone, Matthew Sharpe’s cello and Lavinia Meijer’s harp; Tallis’ Te lucis ante…