The English composer Christopher Gunning (b. 1944) has spent the greater part of his career writing music for film and television. In the latter area, he is best known for scoring the Agatha Christie Poirot series. That background is obvious when you listen to his orchestral music: Gunning has a genuine feel for instrumental colour and is able to blend or contrast the orchestral sections with clarity, and to great effect. His harmony is tonal in a late-20th-century sense. Above all, his music is atmospheric. 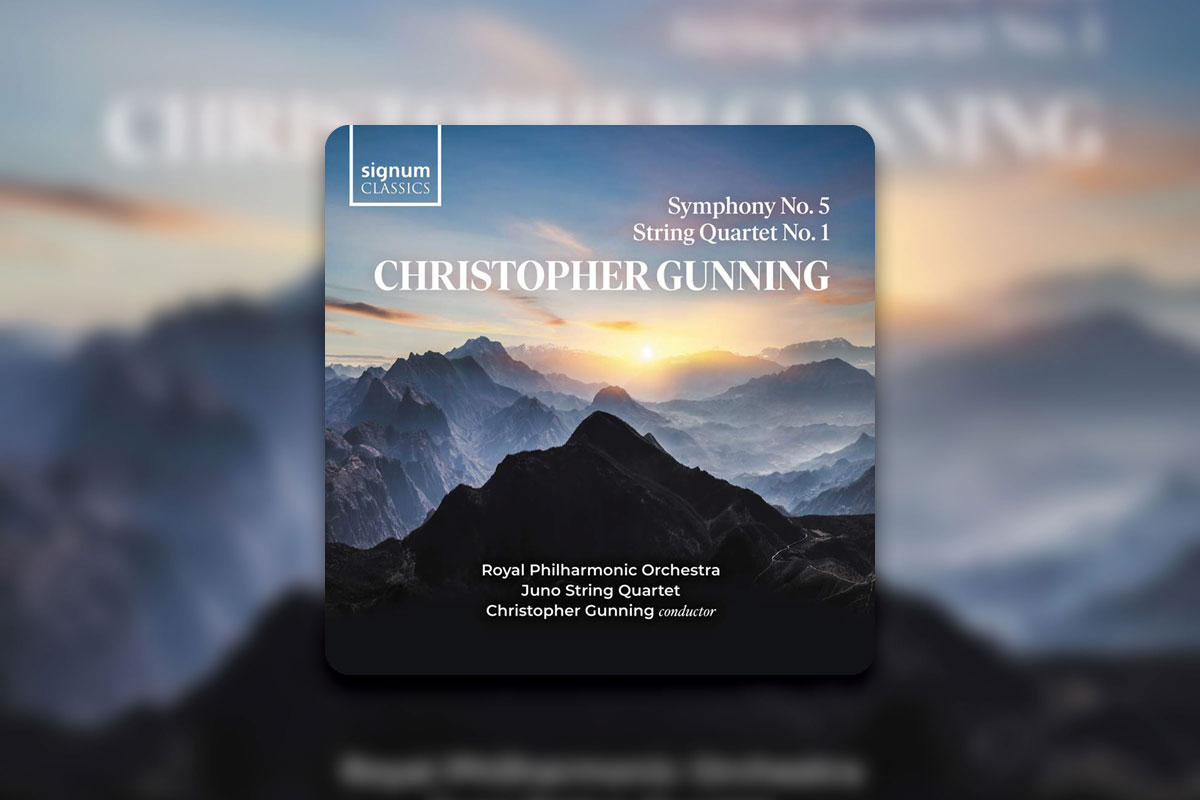 He has written 12 symphonies, most of which have been recorded. Unlike his later symphonies, the Fifth is in four movements. While a first impression suggests the work is episodic, repeated hearings reveal clear thematic threads linking these movements into a symphonic whole. At 54 minutes, it is his most substantial symphonic statement, and features his penchant for perky woodwind figures over string washes, a “French” habit of adding harp to the texture, and a film composer’s knack for building to tremendous climaxes. The third movement Scherzo