When Rodgers and Hammerstein turned the Cinderella fairytale into a live television extravaganza in 1957, it attracted the largest ever TV audience at the time. A raggedy, downtrodden young woman being magically transformed into the belle of the ball and wife of a handsome prince fitted nicely with the era’s conservatism, but how do you solve a problem like Cinderella in the 21st century? 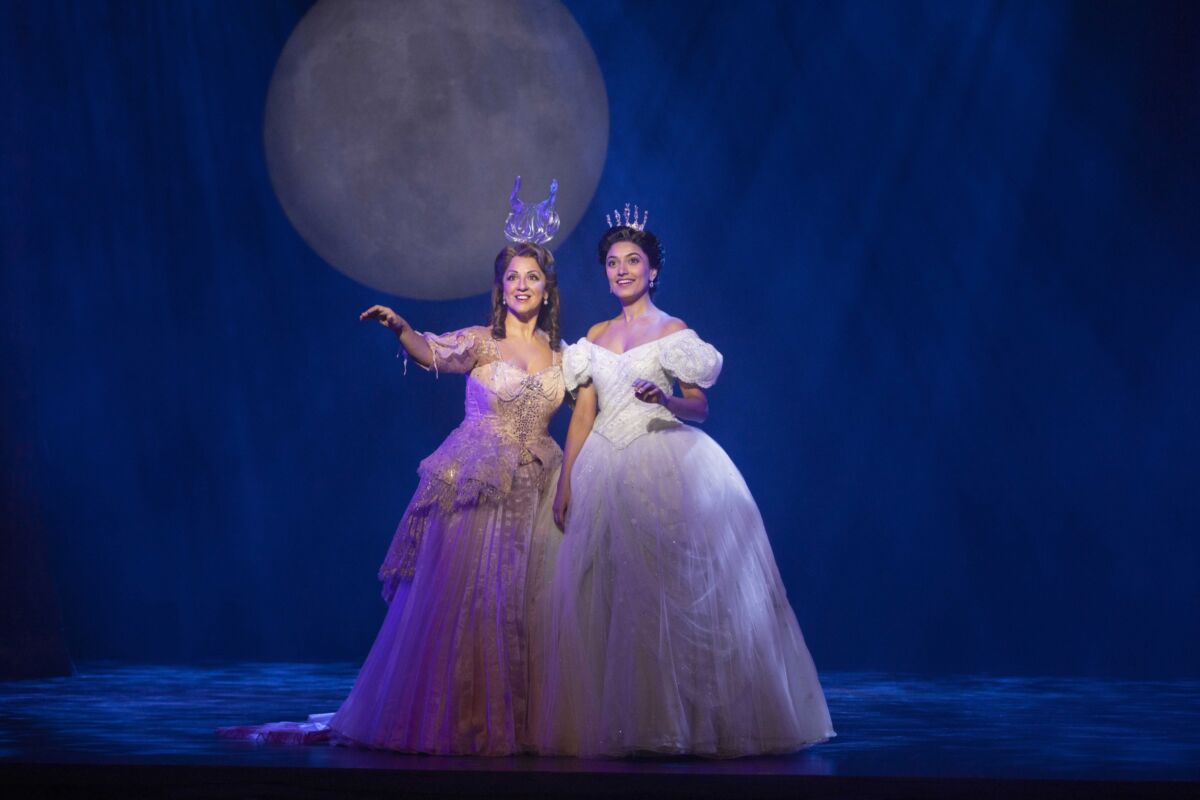 The musical-theatre kings’ take finally made it to Broadway in 2013 with a reworked book by Douglas Carter Beane. One of the stepsisters, Gabrielle, is now a more sympathetic character. She’s attached to Jean-Michel, who demands justice for the kingdom’s peasants. Cinderella takes up this cause with Prince Topher, who has been kept in ignorance by his scheming prime minister, Sebastian. This more progressive take on the tale, plus the Broadway production’s visual delights, is what Opera Australia and producer John Frost present here.

The talented cast is led by Shubshri Kandiahin the title role. She has a sweet...