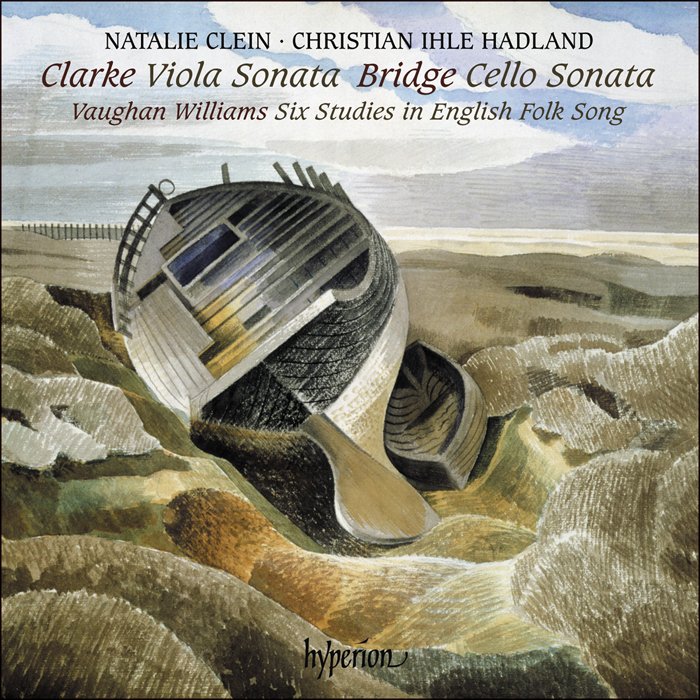 Rebecca Clarke’s Viola Sonata is a gem of the instrument’s repertoire so it’s no surprise that others, such as cellists, might want to poach it – and as well they might, given it was originally published “for viola or cello”. British cellist Natalie Clein digs into the opening cadenza-like gesture bringing out the folk influences that infuse the work – and what is dark and enigmatic on viola becomes deep, resonant and throaty on cello.

A violist, Clarke – who was born to an American mother and German father – became only the sixth woman to join Henry Wood’s Queen Hall Orchestra in London. She entered her Sonata in a competition organised by Elizabeth Sprague Coolidge in 1919, the piece losing out (narrowly) to Ernest Bloch’s suite for viola and piano and causing a stir due to the composer’s gender. The piece has remained her best-loved work.

The cello gives Clarke’s Sonata a different character, and Clein – along with pianist Christian Ihle Hadland – offers a fine account in this recording for Hyperion, growling into the low register, the double-stops thrumming with a power that can’t be achieved on a viola, the trade-off for losing some of the finer-edged sound of the smaller instrument.

But Clein wields her cello with subtlety – hear the transcendent delicacy that finishes the first movement, or the exquisitely impassioned intensity of the finale.

A trio of light, but charming, genre-pieces by a contemporary of Clarke’s – Frank Bridge – serve as an introduction to Bridge’s two-movement Cello Sonata, written against the backdrop of the First World War. Again Clein’s expressive sound is compelling, lyrical in the opening against shimmering piano from Hadland, while the Adagio second movement is haunting.

Clein and Hadland bring the disc to a close with Vaughan Williams’ beautiful Six Studies in English Folk Song. Vaughan Williams, an influence on both of the other composers on this disc, wrote these studies for cellist May Mukle and her sister and pianist Anne. Simply drawn, the melodies are harmonised with beguiling colours, and Clein and Hadland refrain from over-egging them.

This is a charming disc with a folky, salon feel at times. If Bridge’s music pales somewhat against that of the more complex textures of the Clarke or the refined elegant lines of the Vaughan Williams, Clein’s heartfelt advocacy makes it a satisfying listen all round.

A splendid reimagining of some Ralph Vaughan Williams orchestral masterpieces for organ.