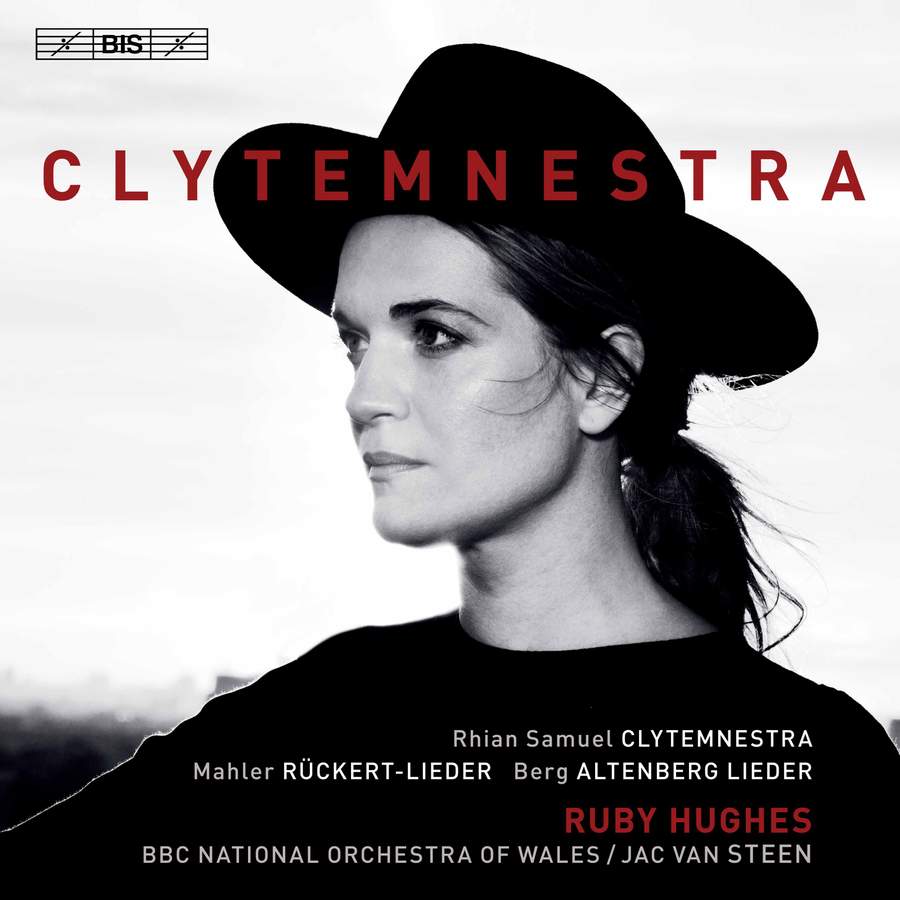 It’s a long way from the music of 17th-century Italy to orchestral song-cycles by Mahler and Berg, but soprano Ruby Hughes makes it seem like the smallest and most natural of steps. 2017’s Heroines of Love and Loss saw Hughes drawing large-scale emotions from musical miniatures by Barbara Strozzi, Francesca Caccini and others, and what’s most striking about Clytemnestra and its 20th-century works is how little Hughes has to reinvent her supple, sweet-toned soprano to accommodate them.

We’re used to hearing Mahler’s Rückert-Lieder painted in thick brushstrokes by big, generous voices, but Hughes offers something different – a precision instrument whose fine blade gets into cracks that Fassbaender, Ludwig or Horne cannot reach, teases out the innocence of Rückert’s narrator, caught on eddies of orchestral emotion at the start of Blicke mir nicht in die Lieder!, who feels “as if caught doing a misdeed” when their beloved overhears their songs.

The first phrase of Ich atmet’ einen linden Duft unfolds in a deliciously unselfconscious arpeggiated stretch, while Ich bin der Welt abbanden gekommen – lilting a little quicker than often – finds the memory of a dance hidden in the music. And if Um Mitternacht lacks the inky softness of some accounts, it finds a fragility and pathos in Hughes’ delicate phrasing – her voice a bright pinprick of light glimpsed through the smoky woodwind of the BBC National Orchestra of Wales, carefully marshalled by Jac Van Steen.

The sustained lyricism of the Mahler is shattered in brilliant fragments by Berg’s aphoristic Altenberg Lieder, whose orchestral writing plunges the ear into a jewel-box of shifting colours and textures. Hughes here plays straight man to the orchestra’s constant reinventions, cool and still above their wrangling.

The big discovery of the disc, however, is Welsh composer Rhian Samuel’s orchestral cycle Clytemnestra. Taking only passages from Clytemnestra’s speeches from Aeschylus’s Oresteia, Samuel retells the infamous story of the queen’s murder of her husband, “my darling, my king, my enemy”. Sympathy and grief are knottily tangled here with anger and violence; Clytemnestra is, we are reminded, the avenger of her own murdered daughter as well as a mariticide.

Originally composed for Della Jones, and premiered by the BBC NOW in 1994, the work takes on a markedly different character here. Hughes’ Clytemnestra is a more pliant, instinctive, emotional creature than Jones’ fiery, imperious queen. Samuel’s musical language is fluent and ear-catching: uncompromising for the orchestral murder The Deed, echoes of Turnage in its brutal dance, but elsewhere expansively, expressively post-Romantic.

Reinvented Israeli composer gets reinvented for the 21st century.

Ruby shines intermittently in this tribute to Frasi’s London.