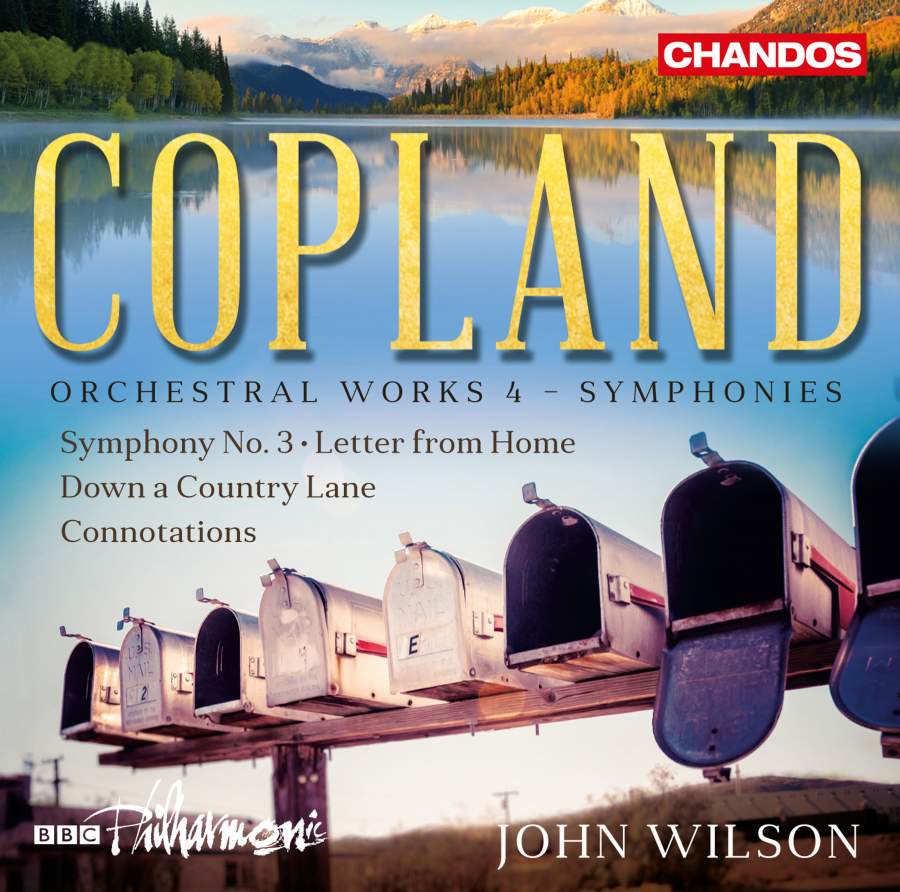 This is the fourth in John Wilson’s Aaron Copland series, combining works in his populist ‘wide open spaces’ style of Americana with more serious, dissonant scores. Each emphasises the composer’s stylistic consistency, despite his differing aims: the clean thematic lines, airy textures and propulsive rhythms. Wilson’s is the best played and most sympathetically conducted Copland on disc since Bernstein led the New York Philharmonic back in the 1960s (and better than the composer’s own recordings with the LSO a decade later). Needless to say, Chandos’s sound is light years ahead, even in regular stereo.

The major work here is the monumental Symphony No 3. Premiering in 1946, it reflects America’s post-war jubilation with more than a hint of triumphalism. It is a symphony of fanfares: eventually the finale quotes and elaborates on the wartime Fanfare for the Common Man. The musical strengths of Wilson’s performance lift the symphony above feel-good nationalism to reinforce its status as a timeless masterpiece.

Connotations is a late work where Copland employs the 12-tone method. Bernstein conducted it for DG with authority emphasising the harsh rough edges, whereas polish is exactly what Chandos and the BBC musicians bring. Wilson seeks out every fleeting touch of lyricism, making it sound like a less aggressive piece. Two additional short tone poems are evocatively nostalgic, and both beautifully realised.