There’s definitely a feeling in the air. After two long, painful years without much live music, Melbourne music-lovers and music-makers are slowly emerging from their isolation. In concert venues and church halls throughout this city, there is a defiant sense of liberation and renewal. “We’re back!” shout ensemble leaders. “Isn’t it great to have live music again!” Audiences nod in enthusiastic agreement. 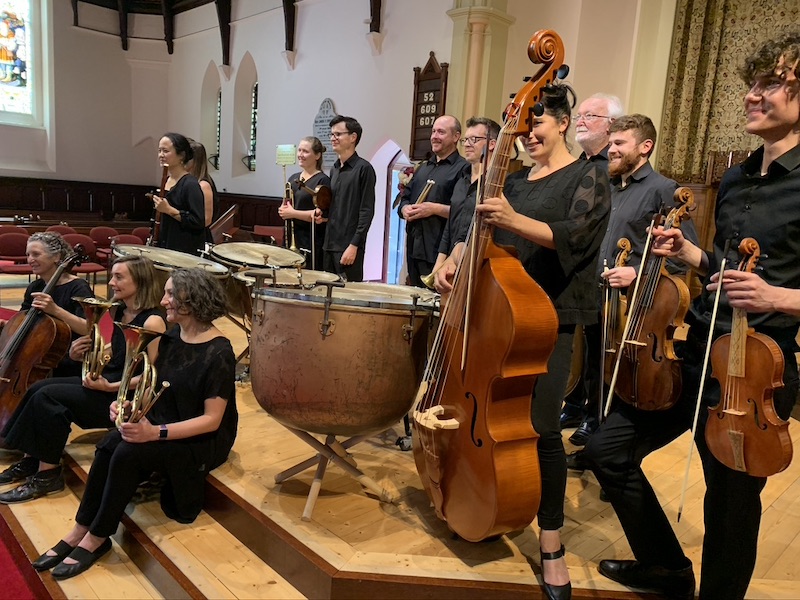 The Melbourne Baroque Orchestra was founded in 2015 by a group of Baroque-enthusiasts, notably Rosanne Hunt (cello), Shane Lestideau and David Irving (violins) and Greg Dikmans (flute). Some have moved on and successive generations of younger players are taking their place. The claim for Melbourne as Australia’s capital of Baroque and early music studies and performance lives on.

This past weekend, the Melbourne Baroque Orchestra (MBO) gave the first concert in its four-concert series for 2022. With the catchy pun-laden title, Courting the Timpani, the program featured a local legend-in-the-wings Guy du Blêt, billed as “Baroque timpanist extraordinaire”. It begs the question: how many other percussionists specialising in Baroque...

Top choir cooks up a glorious feast of Bach’s magnificent six motets in one sitting.

Irving decks the Emperor’s fiddler out in smart new clothes.