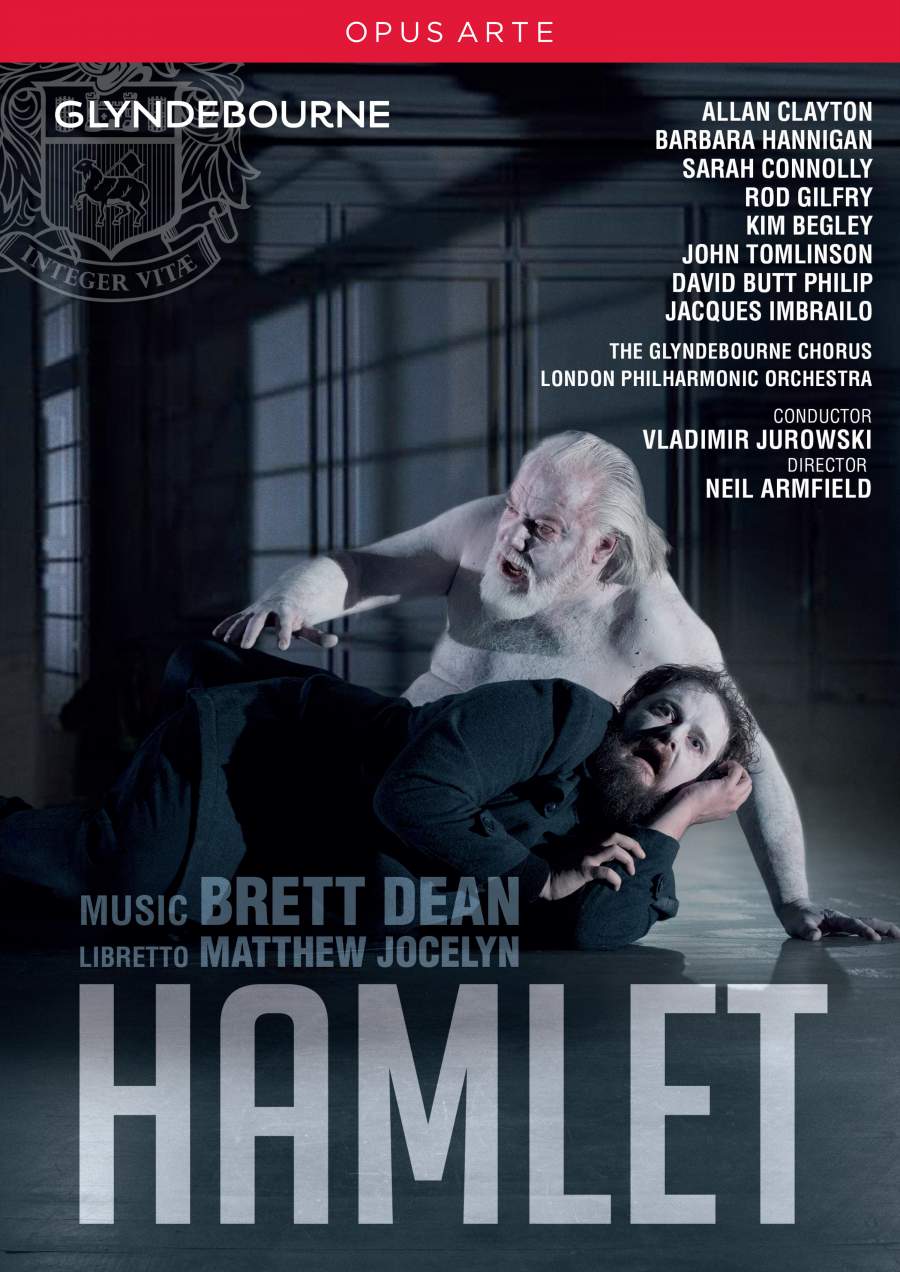 The tricky thing with any contemporary opera is assessing it after just the one listen, and that with a premiere cast on a high-tension opening night. Brett Dean’s Hamlet has had the advantage of two outings to date (Glyndebourne and Adelaide Festival) with a Met staging announced for 2020, but for getting your head around the nitty-gritty of the composer’s sound world and the director’s sophisticated dramatic vision nothing quite beats a DVD.

Dean’s intricate, colourful, occasionally dense orchestrations, come up crystal clear in Opus Arte’s fine-grained sound, while scenes where other characters, and sometimes the chorus, are hurling the protagonist’s lines back at him in dazzling counterpoint are made easier to follow thanks to Film Director François Roussillon’s experienced hand on the visual tiller.

Neil Armfield’s staging tells Shakespeare’s tale in a modern, yet timeless production played out on Ralph Myers’ clean-limbed sets and graced by Alice Babidge’s immaculate costumes. His intelligent, nuanced direction relies on actors strong enough to carry complex characters while mastering this frequently multifaceted music. It’s a tough ask, especially in close-up, but Dean’s cast come up trumps with not a weak link among what reads like a current who’s who of English-speaking opera singers.

British tenor Allan Clayton plays the moody Dane, his voice clear as a bell, every word thoughtfully placed. He’s a fine actor and does ‘outsider’ well. He’s blessed with an extraordinary Ophelia in Canadian soprano Barbara Hannigan who gets served the most fiendish music but never bats an eyelid. Another consummate actor, she has a remarkable upper range and pinpoint diction to spare.

British mezzo Sarah Connolly and American baritone Rod Gilfry bring warm tones and a subtle dignity to Gertrude and Claudius, while veterans Kim Begley as a precious Polonius and the immortal Sir John Tomlinson as a sonorous Ghost of Old Hamlet, Gravedigger and Player King prove luxury casting indeed. In the smaller roles, Jacques Imbrailo’s firm Horatio and David Butt Philip as a pushy Laertes easily make their mark, as do countertenors Rupert Enticknap and Christopher Lowrey as a comically highly-strung (and highly-sung) Rosencrantz and Guildenstern.

The London Philharmonic and Glyndebourne Chorus are on superlative form under Vladimir Jurowski, whose involvement in the creative process pays off. But the special pleasure here is getting to know one of the finest modern operas through multiple viewings and in lovingly detailed close-up. A real must see.