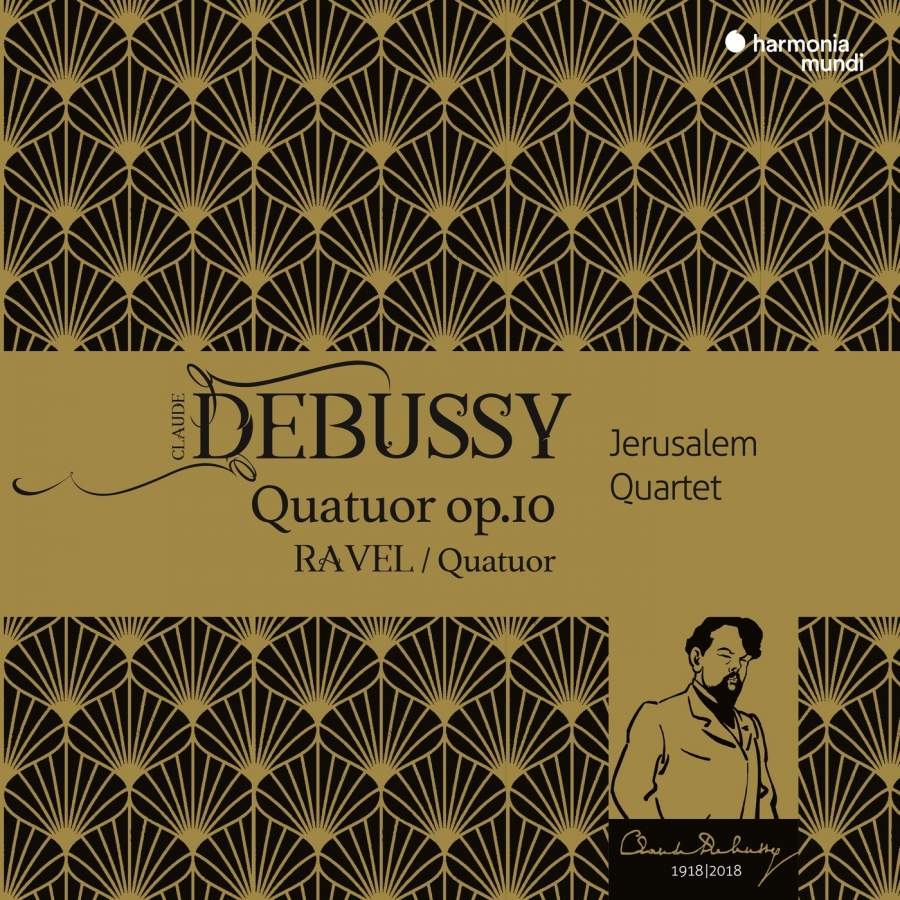 Pairing the Debussy and Ravel string quartets is so often done it’s almost a rite of passage (Limelight’s Steve Moffatt recently described them as the Cav and Pag of chamber music). Here in Australia the Australian String Quartet recorded the pair in 2008 on ABC Classics, and earlier this year the Tinalley String Quartet chose the combo for their debut on Decca. Joining the long list of international quartets to put the double bill on disc is the Jerusalem Quartet, their latest release part of Harmonia Mundi’s Debussy centenary celebrations.

The Israeli quartet is well into its 20s as an ensemble – the line-up has only changed once, with violist Ori Kam joining in 2010 – and they bring this wealth of experience, assured ensemble playing and finely honed sound to these recordings.

Their smouldering performance of the Debussy is particularly compelling, the musicians weaving an irresistible, impressionistic magic. The first movement surges – though there is a more contained, burnished quality to their timbre than that of the vigorous Tinalley – and there’s a feverish intensity to the pizzicati of the Assez vif et bien rythmé, the ensemble’s sound so refined that the few moments when they allow it to become more raw are powerfully expressive. Delicately spun lines weave magically in the Andantino, doucement expressif before Kyril Zlotnikov’s cello ushers in an exciting finale.

Ravel’s Quartet was written in 1903, ten years after Debussy, and like his senior he only wrote one – but he took pains to draw attention to the differences between the two works. “My string quartet was already conceived in terms of four-part counterpoint, whereas Debussy’s quartet is purely harmonic in conception,” he said.

This is the Jerusalem Quartet’s second recording of the Ravel, having released a performance on Live Classics in 2005. While they take it at a slightly faster clip than that first iteration, it feels remarkably broad here compared to the Debussy. There is an insistent, almost nostalgic, yearning to the Allegro moderato while the crisply rendered second movement dances along – it’s played here with delightfully unapologetic pleasure rather than a sense of urgency. The Très lent is spaciously wrought, and – as in the rest of the disc – it’s the Quartet’s deft use of colour that stands out. A fierce Vif et agité makes for a satisfying finale.

There is no shortage of choice for Debussy/Ravel quartet recordings, but with beautifully recorded sound and thrilling, colourful performances, this is a more than worthy contender.