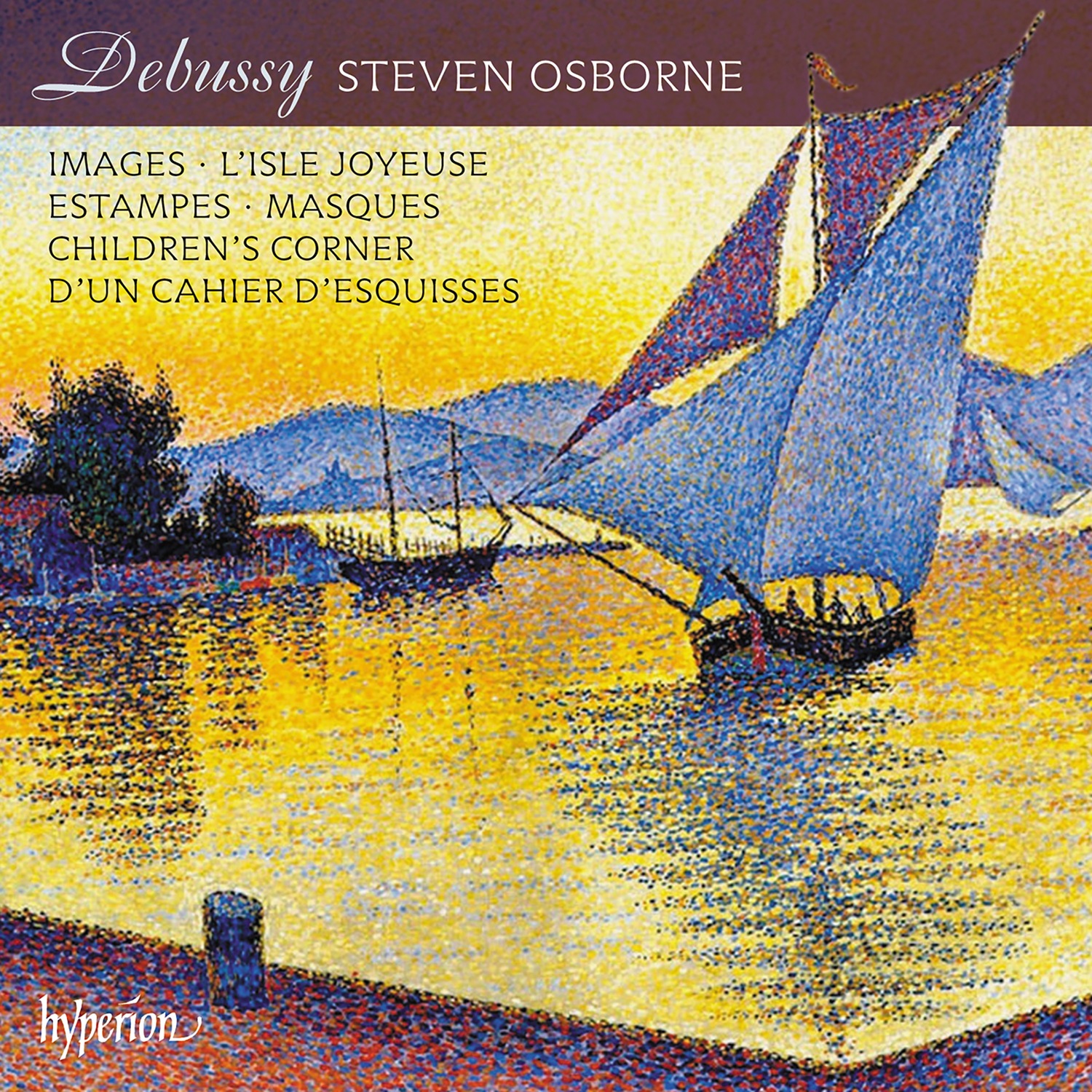 Scottish pianist Stephen Osborne has released over 20 albums since signing with Hyperion Records in 1998. His repertoire is expansive and includes, in addition to critically acclaimed recordings of Beethoven, Schubert, Rachmaninov and other Romantic staples, 20th-century experimentalists George Crumb and Morton Feldman.

Osborne also has a particular interest in French composers, recording all of Ravel’s music for solo piano and both piano concertos, as well as three albums of Messiaen works and the Esquisses of Charles-Valentin Alkan. Just over ten years ago, Osborne recorded both books of Préludes by Claude Debussy, attracting rave reviews from critics who praised (among many other things) his “marvellous range of colour,” “diaphanous passage work” and “rich depth and sonority.” Now, Osborne returns to the solo piano music of Debussy in this recording that includes Images I and II, Estampes, and the Children’s Corner suite.

These works date from 1903 to 1908, a five-year period almost immediately preceding the composition of the two books of Préludes (composed in 1910 and 1913 respectively), allowing a window into the development of the sound world developed by Debussy in
the Préludes.

“I find it hard to put my finger on what it is about Debussy that I love,” says Osborne. “But it’s an absolutely amazing openness in some way. To not control the way the music goes, but to just see what happens. And he keeps finding these amazing things.”

Here Osborne could well be describing the extraordinary D’un Cahier d’Esquisses, a languid, stream of consciousness piece that unfolds in a rising tide of introspection. It’s bookended by two other works from 1903/4 with which Osborne has chosen to open this programme: the mysterious disquiet of Masques and the dancing, pointillist L’isle Joyeuse.

There is some evidence for Debussy having conceived of these as a triptych, a recurring motif throughout his oeuvre, and their placement here as a prelude to three more triptychs would seem to support this argument. Osborne’s reading of the Images is typically inspired – shimmering, dream-like water rippling over shallow stones – a seamless balance of technical precision and impressionistic colour.

Debussy’s exploration of other cultural influences receives further expression with the gamelan-influenced Estampes, which ring with bright luminosity in Osborne’s hands. The Children’s Corner suite, inspied by and written for Debussy’s daughter Claude-Emma (“Chouchou”), concludes this exquisitely chosen and sensitively performed selection of mid-period Debussy works – listen to The Snow is Dancing for a perfect evocation of a little girl pointing excitedly out the window at the falling snow.

Hyperion’s usual lofty recording standards are again in evidence, the tone of the piano captured with just the right shade of brightness to highlight yet another stunning achievement by this brilliant pianist.

Fasten your seat belt! Steven Osborne’s return to Beethoven is a wild ride.

Early Debussy in a sparkling survey by Vitaud and friends.

FX Roth and his band blow hot and cold most beautifully.

Jazz and classical fuse in new take on Claude’s preludes.