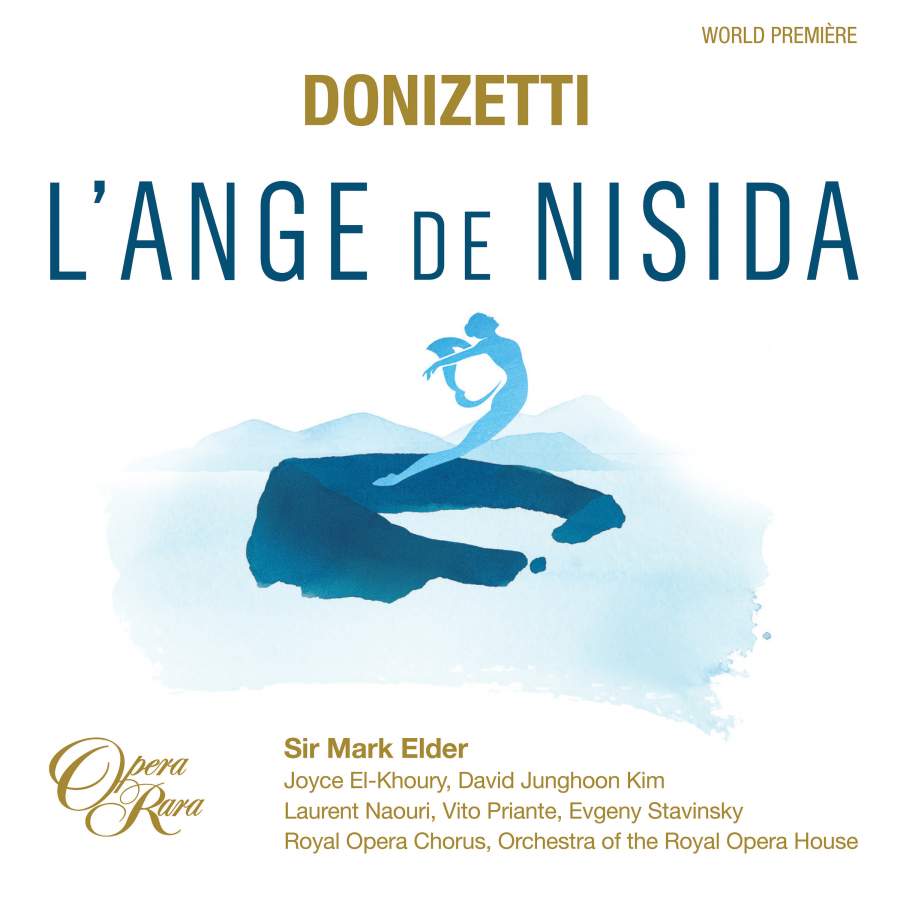 Donizetti’s prolific output never ceases to boggle the mind, having written almost 70 operas in his 50 years. Opera Rara’s latest venture reminds us of this fact all over again, having excavated the composer’s unperformed semiseria L’Ange de Nisida (The Angel of Nisida), reconstructed from fragmentary manuscripts by musicologist Candida Mantica. Commissioned by Paris’ Théâtre de la Renaissance after the success of the composer’s French version of Lucia di Lammermoor, Donizetti composed L’Ange to a libretto by Alphonse Royer and Gustave Vaëz, busy at work until December 27, 1839. The bankruptcy of the commissioning theatre meant his opera never saw the light of day, with great chunks of it cannibalised for his later creation La Favorite. This marks the world premiere recording of this lost work.

L’Ange de Nisida tells the story of an exiled soldier, Leone de Casaldi. Infatuated with an enigmatic countess, Sylvia de Linarès, our hero travels to the island of Nisida in pursuit of her, only to discover that she is mistress to Fernand, King of Naples. A jealous Fernand has Leone imprisoned in order to retain Sylvia, but the Church has other ideas about his scandalous private life, instructing the King to abandon her. With his chamberlain Don Gaspar, Fernand cooks up a plan – Leone is set free under false pretences, only to flee to a monastery pursued by a now ill Sylvia who, in time-honoured fashion, drops dead just after asking for forgiveness.

The soloists are none too shabby either, particularly soprano Joyce El-Khoury in the role of Sylvia. Richly expressive as always, she brings plenty of pathos to an admittedly silly role, her smoky instrument seeming to caress Donizetti’s vocal lines. Her big aria, Leone! Faut-il que l’infamie, is plangently, and movingly done. David Junghoon Kim has a sweet, if slightly smaller scale voice than needed as Leone. Although at ease with the part’s many soaring phrases, the tenor is often light on passion. Laurent Naouri is an ideal Don Gaspar, gratingly cocky, while baritone Vito Priante makes for a vocally suave Fernand. Bass Evgeny Stavinsky makes a favourable impression as the Father Superior.