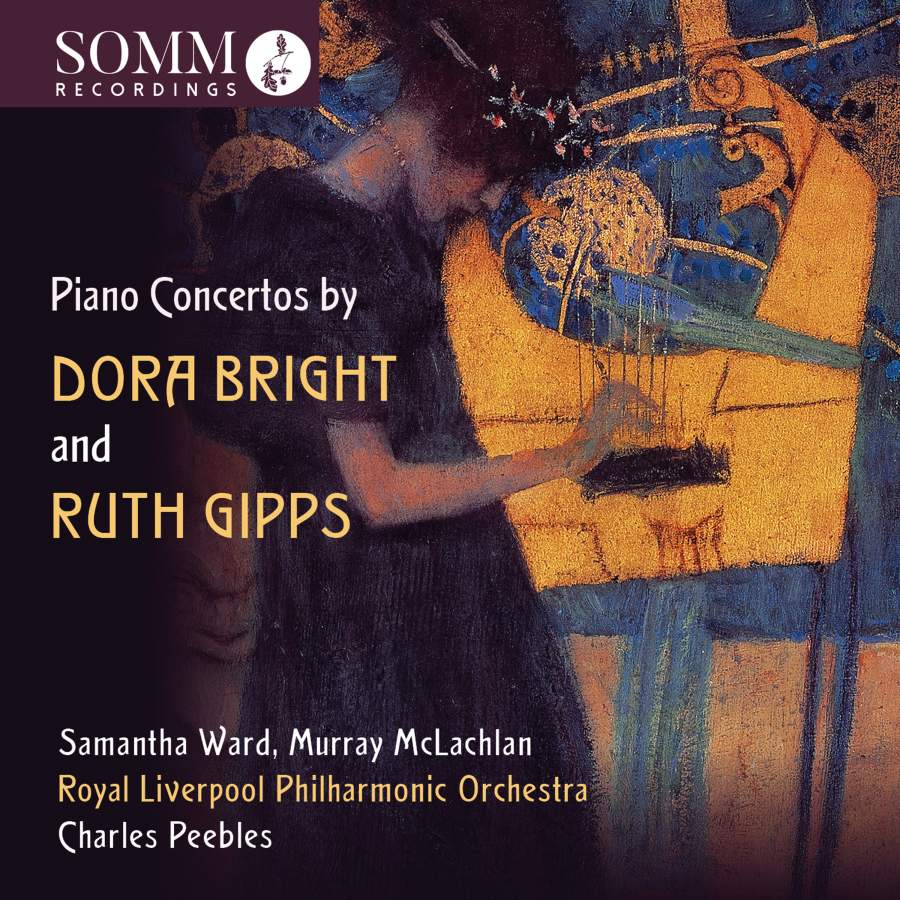 A steadily building renewal of interest in the works of English composer Ruth Gipps (1921-1999) has resulted in fine new recordings of her orchestral works, including two symphonies (Chandos, 2018). This welcome new recording of her 1947 Piano Concerto in G Minor, Op. 34 is of particular interest because Gipps was a fine pianist herself until a shoulder injury in the 1950s curtailed her performance career. By this time, however, she had already been studying composition at the Royal College of Music with Ralph Vaughan Williams and several of her works had enjoyed significant high-profile performances.

Her Piano Concerto announces itself with a dramatic heraldic motif, segueing into a virtuosic piano part that is handled expertly by Murray McLachlan and interweaves with wonderful orchestrations. Of particular note also is Ambarvalia (Op. 70), a previously unrecorded short work for orchestra by Gipps that is lyrical and dreamy with lush, sweeping strings.

And speaking of world premieres, two works by all-but-forgotten Dora Bright (1862-1951) also receive their first recorded treatments here. Born in Ecclesall Bierlow, Yorkshire in 1862, Bright entered the Royal Academy of Music in 1881, studying piano and composition and in 1888 was the first ever female recipient of the Academy’s Charles Lucas prize for composition. She toured England and Europe performing new British works including her own, once for Franz Liszt who told her that she played wonderfully. Extraordinarily for this prolific composer and virtuoso, the A Minor Piano Concerto is one of her few surviving scores. After an understated opening in which her themes unfurl slowly, Bright’s lyrical mastery quickly becomes apparent, as does her skill as an orchestrator, also evident in the fine Variations for Piano and Orchestra included here. Samantha Ward, Charles Peebles and the RLPO shine on this important, overdue recording of works by neglected English composers.