Don’t be betrayed by the beguiling New Age gentility of Mist Waves into thinking its composer, American-Australian Douglas Knehans, is cut from the same cloth as the Holy Minimalists it readily evokes. His robustly imagistic Fourth Symphony, Cloud Ossuary, puts paid to such lazy, fanciful notions. 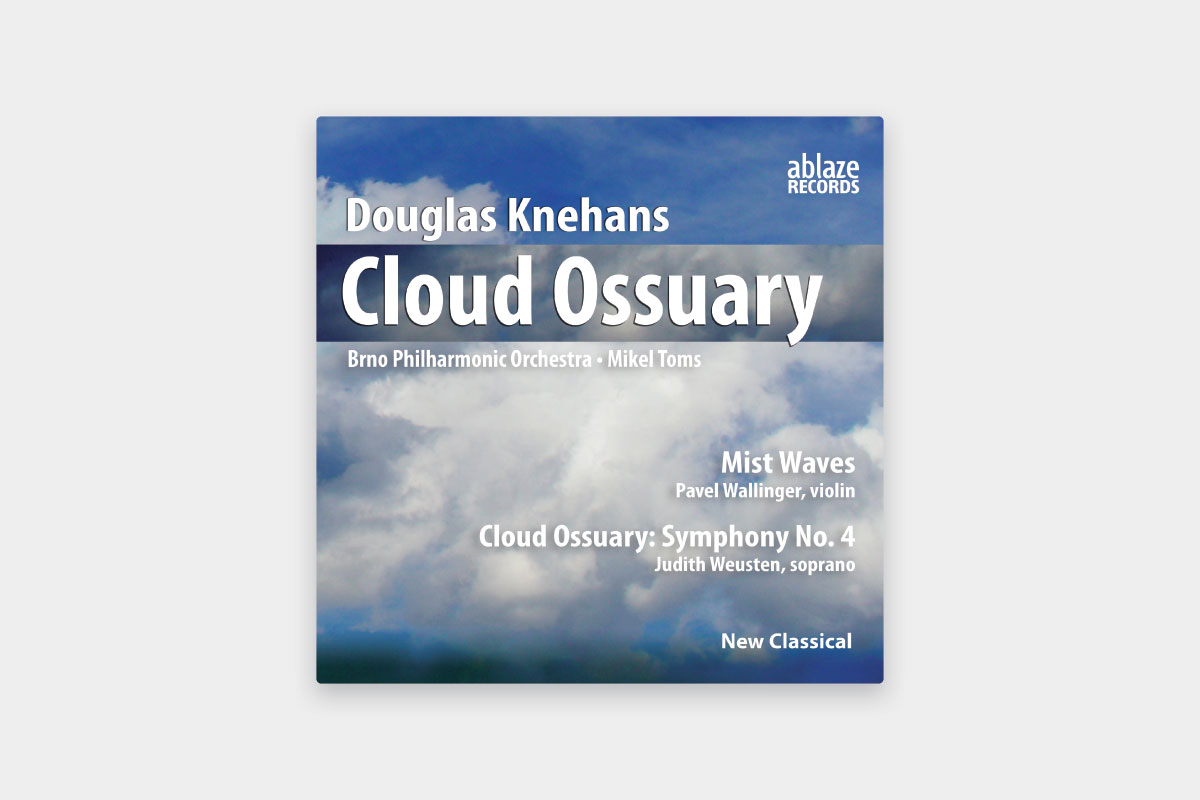 Both works date from 2019, and both are influenced by cloud formations, making the disc immediately appealing to musically inclined nephologists. Both also receive first performances on disc here in sensitive, committed performances by the Brno Philharmonic under the meticulous but lightly worn guidance of Mikel Toms.

There is no denying (or refusing) the hypnotic thrall of Mist Waves, described by the composer as “a kind of loose chaconne whose veiled repetition of the initial eight bars forms the basis of the [eight-minute] work”. Originally composed for violin and piano, its discrete debt to Vaughan Williams’ The Lark Ascending is beautifully articulated by orchestra leader Pavel Wallinger’s singing violin, the serene, slow-moving accompaniment a thing of cosseting beauty.

The three-movement Symphony No 4, Cloud Ossuary, the title alluding to a place in which bones are placed, finds Knehans at his most assured: a modernist in comfortable rapprochement with his inherited classical-romantic tradition. It’s a work of carefully calculated contrasts skilfully interwoven by Toms. The Ossein Cage opening is a suppressed rage against confinement, its seven, dyspeptic sections pulsing with the pent-up violence of rattling, bone-like percussion that ultimately breaks free before subsiding into unresolved optimism. An extended search for the epiphanic as the material stretches itself into near-evaporating vapours, Breathe Clouded draws from the same ecstatic reverie of Mist Waves before suddenly coalescing into thick, enveloping fog and pregnant, darkening clouds threatening to burst.

Longer than the first two movements together and the symphony’s “centre of gravity”, the 26-minute finale takes its title, Bones and All, from a poem by Knehans’ daughter, Katarina. There’s a sense of something at risk here in what Knehans calls “an anti-Abschied.” A sense of possibility, too, even as subterranean orchestral lines exert a dark gravity on soprano Judith Weusten’s superbly sung, high-lying vocals. Pleasingly the work ends with a moment of release and a slow dissolve into silence.

Matt Ottley on love, life, and the “destructive power of dogma”

The illustrator, composer and author talks about using his art and music to overcome his bipolar diagnosis.

This modern opera, telling a tragic love story in reverse, is strong conceptually, but with a lot of haze.