Queensland-based conductor Johannes Fritzsch proved an ideal replacement for Mark Wigglesworth, stranded overseas as so many have been during this ongoing lockdown. In this seemingly disparate program which ranged from perhaps the grandest and most demanding piano concertos, through the childlike wonder of a suite from Humperdinck’s Hansel und Gretel, to the relatively recent example of British composition by Emily Howard, Fritzsch more than adequately cover all bases and styles eloquently. And the large orchestra gathered for this occasion similarly rose to meet the demands. 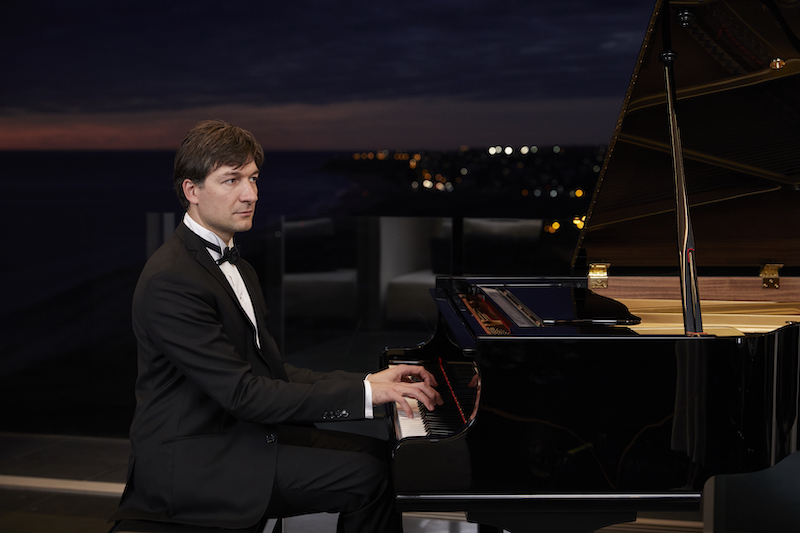 Receiving its Australian premiere, Emily Howard’s highly effective Magnetite showed just how effective these forces are when it comes to contemporary composition. This concentrated ten minute work owed as much to electronica and the percussion of Richard Strauss as it did to Ligeti and Bernard Herrmann. Opening with familiar arpeggiated chords, the piece burst into evocative life before suggesting the American pastorale of Coplad or William Schuman. Plucked celli and basses brought a suitably metallic quality which, upon the work’s climax, faded into silence.

From here it was back to ‘Wagner for kids’ with a suite from Humperdinck’s popular opera, Hansel und Gretel. Formulated within an arc-like structure of five movements, commencing with the overture and ending with the familiar Sandman and Evening Prayer, the suite was formulated by noted Straussian Rudolf Kempe back in the 1960s and updated by the ASO’s former chief conductor Nick Carter. This highly effective suite brought the best of the score to bear, warmly and sympathetically played and directed by these forces.

However it was for Rachmaninov’s gargantuan third piano concerto that the capacity audience came – an event which provoked high expectations indeed with the locally-based Konstantin Shamray as soloist. And he did not disappoint leading to not only two sold out performances, but a third on Saturday morning. Here is a work which has made and or broken pianists as a certain film suggested. However as we surmised in advance, Shamray was an ideal choice for this work. This concerto is a large work which demands large hands, a formidable technique and both lyricism and fiery passion to burn. It was Bernstein who made the enquiry when accompanying Glenn Gould in concert as to just who was the boss in a concerto? Sometimes it is the conductor; at others, it is the soloist – and in this case it was the soloist who who presided over this great performance.

From the opening measures of the first movements, Shamray displayed complete identification and mastery of this notoriously difficult piece. By turn lyrical and singing in tone and passionately driven, here was a performance which allayed all fears and reservations one had about this concerto. As a composition it often falls between the great divide of late nineteenth century romanticism and the more acerbic smaller forces demanded by the new century’s forms. However throughout the peaks and valleys of the piece, Shamray displayed a secure understanding of the concerto’s structure, intentions and technical difficulties. A minor criticism evolved from the fact that with the piano’s lid wide open, the often delicate string accompaniment was, at times, rather recessed, particularly within the first movement. However, all in all here was a performance which will be talked over for some time, and thereby further consolidating Shamray’s already considerable reputation.

The audience certainly thought so, rising to their feet for a standing ovation. Once the cheers subsided, Shamray further delighted the crowd with an encore of one of Rachmaninov’s preludes.

Former Chief Conductor Nicholas Braithwaite steps in and shows his relationship with the Adelaide Symphony is as strong as ever.

The Adelaide Symphony Orchestra showcases its highly talented musicians in a program of 20th-century chamber works.