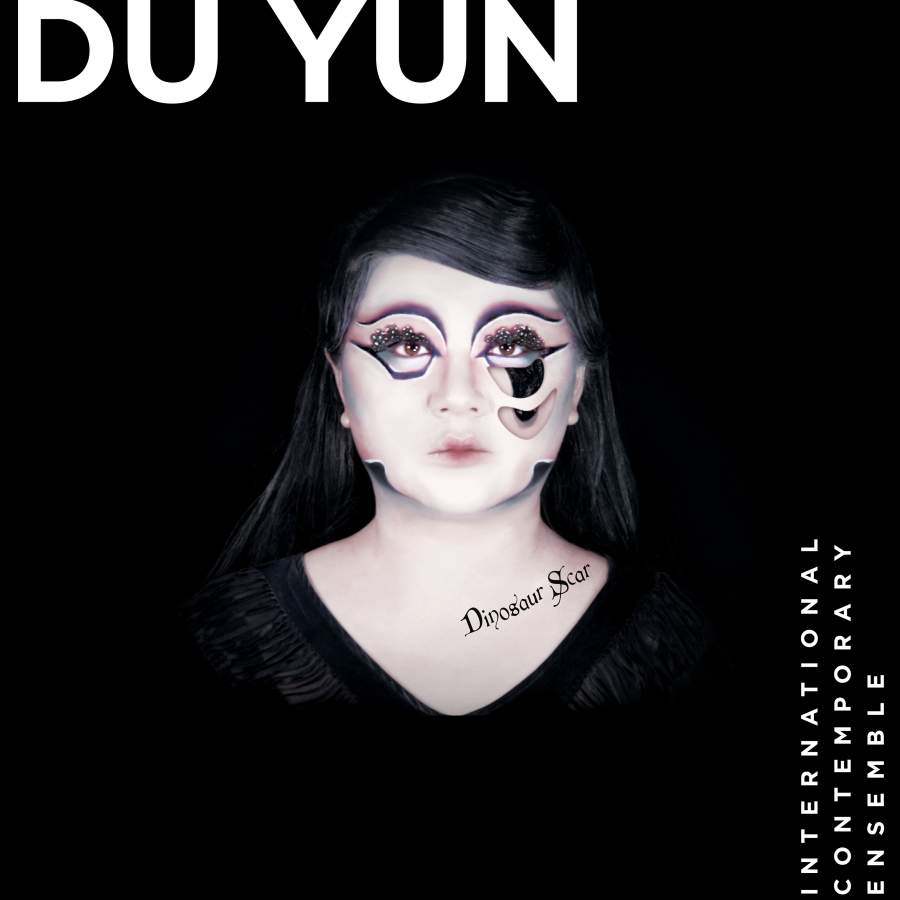 Born and raised in Shanghai, New York-based composer Du Yun (b. 1977) holds a PhD in composition from Harvard. Her opera Angel’s Bone won the Pulitzer Prize for Music in 2017, and she is a 2018 Guggenheim Fellow.

Dinosaur Scar brings together ten works composed between 1999 and 2009 that might be described as experimental chamber music and demonstrative of her association with the 35-member International Contemporary Ensemble (ICE). Of this relationship, Du Yun notes, “For me, ICE and I are like that flowing river, from the streaming start, the dramatic gorges, and to the currents that flood into the ocean.” With the exception of the two full-ensemble works, Impeccable Quake (2004) and By, of… Lethean (2007), these works are for smaller groupings of players.

The titular Dinosaur Scar (1999) is for solo alto saxophone, Run in a Graveyard (2009) for solo alto flute, and in general the works are characterised by a strong brass/wind presence with occasional electronic augmentation. Throughout, Du Yun explores sonic textures, using gesture in conjunction with the strengths of her instrumental collaborators to produce disquieting soundscapes: Air Glow (2006/2018) with its slippery brass configuration is a particularly interesting highlight. Sympathetically recorded and beautifully presented, Dinosaur Scar finds Du Yun at the forefront of contemporary compositional developments.