In their first musical, brothers Daniel and James Cullen invite audiences to step into the ring and share their passion for professional wrestling – and they do so with such warmth and outrageously funny humour that they hold you in a head-lock until the final countdown. 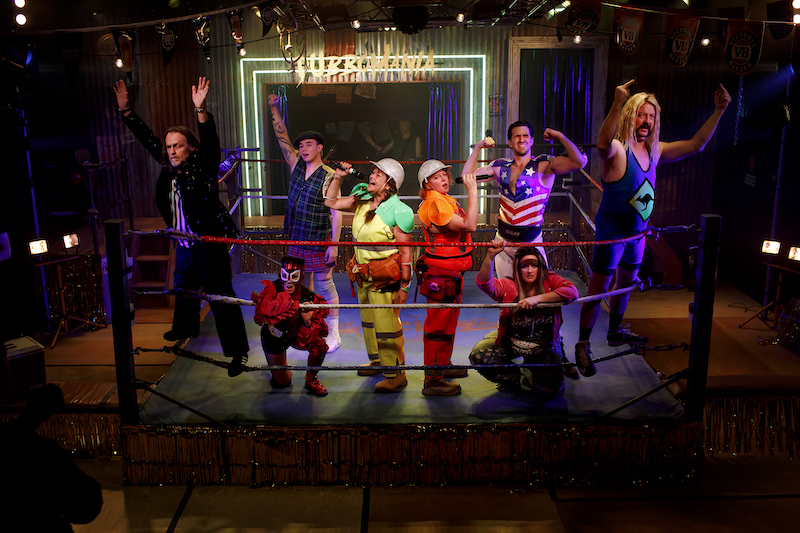 The musical then jumps to 2003. Cheryl took off a decade ago, but Des is still at the Dubbo Dome. He has a stable of loyal, lowbrow performers, but popular interest in wrestling has waned, the dated show is no longer making money and he can’t afford to keep things going much longer.

Then their daughter Rose (Zoe Ioannou) arrives home on the eve of Dubbomania, the biggest wrestling tournament of the...

A vein-throbbing, sure-fire crowd-pleaser, suitable for families, this show will leave you shook.

A solid cast and a few bursts of genuine laughter could not firm this limp, over-extended play.