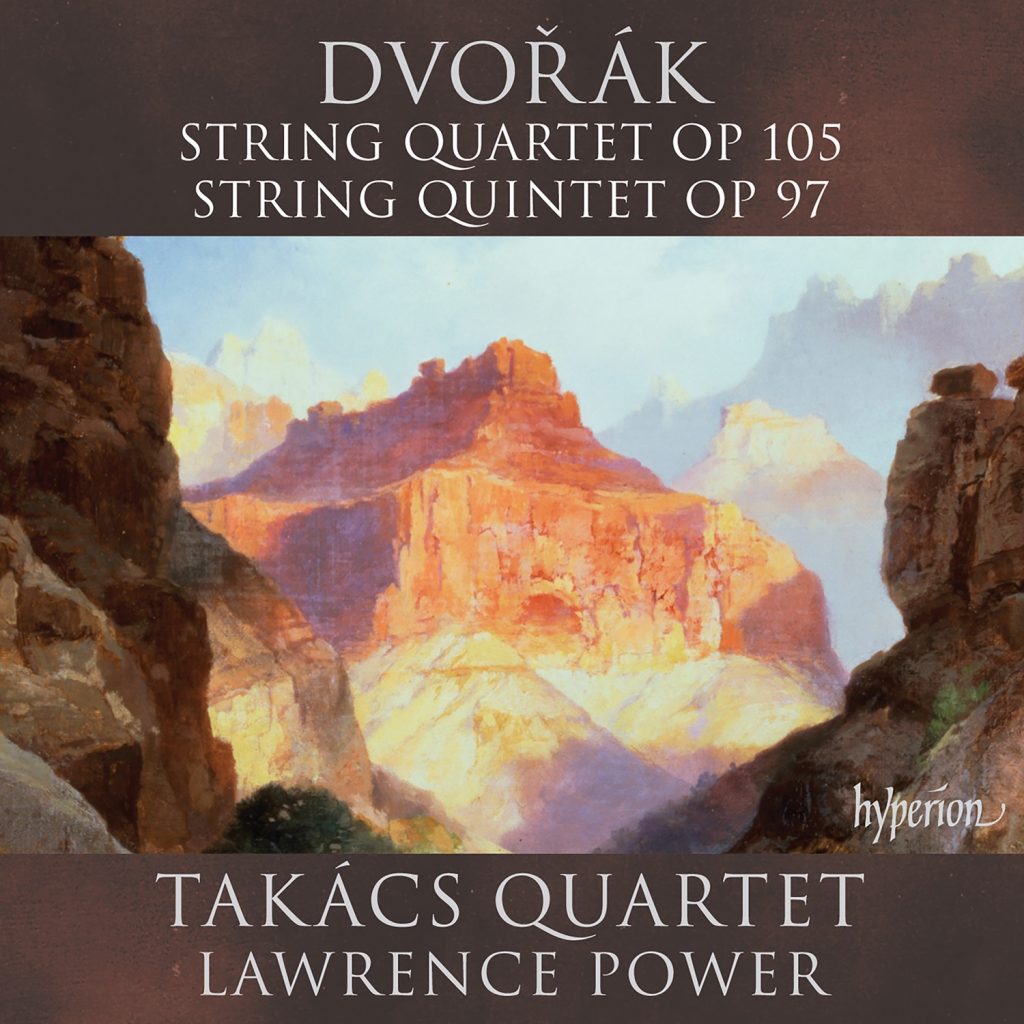 Since it formed in Hungary 43 years ago the Takács Quartet has built a strong bond with Australian music fans, touring here nine times for Musica Viva, not only playing concerts but also giving masterclasses and mentoring young ensembles at their base in Boulder, Colorado.

In that time there have been just three changes in personnel, with English lead violinist Edward Dusinberre joining original members second violin Károly Schranz and cellist András Fejér in 1993, and US violist Geraldine Walther coming on board in 2005.

On their latest visit they performed Antonín Dvořák’s last completed chamber music work, the 14th Quartet, Op. 105, which he composed at the peak of his powers on his return from America in 1895. For their latest album the Takács have paired this with the Op. 97 String Quintet, composed two years earlier as a companion to Dvořák’s most popular chamber work, the ‘American’ Op. 96 Quartet.

This recording brings the ensemble’s characteristic clarity and warmth to the two works, and Power’s viola dovetails beautifully with Walther’s, repeating the winning formula the five musicians brought to their previous Hyperion outing with the Brahms Quintets.

In some ways the Quintet takes over where the American left off, showing the influence of US folk melodies and native dancing, especially in the pivotal variations of the Larghetto in which Dvořák uses a sketch for a new national anthem that never eventuated.

It makes for a full-blooded and melodic opening to the album that leads neatly into the more sophisticated Quartet No 14 where the composer sets himself some musical problems to solve – he manages admirably – and in which he pushes the late-Romantic form, paving the way for Schoenberg and Mahler.

The Takács’ playing in the first movement bristles with energy and mercurial passion mixed with deft touches and astute attention to dynamic shifts. This is a hard working team – when they’re not recording or touring they are teaching – and it shows in the feeling of musical cohesion that they bring to each work.

It all sounds so simple and right: Dusinberre’s faultless intonation and expressive intelligence; Schranz’s shrewd and intuitive support; Walther’s energy and bite, all underpinned by Fejér’s glorious cello playing. Chamber music doesn’t get better than this and the latest collection, with Power’s playing the cream on the cake in the quintet, is a must-have for any serious listener.