This concert from West Australian Symphony Orchestra was a musical feast of orchestral dynamism, featuring a new commission from the thoughtful and measured Elliot Gyger, fearsome musicality and pianism from soloist Paavali Jumppanen playing Ravel’s opulent Concerto for D for the Left Hand, and an overtly emotional and stirring performance of Dvořák’s masterful Symphony No 9 in E minor From the New World. 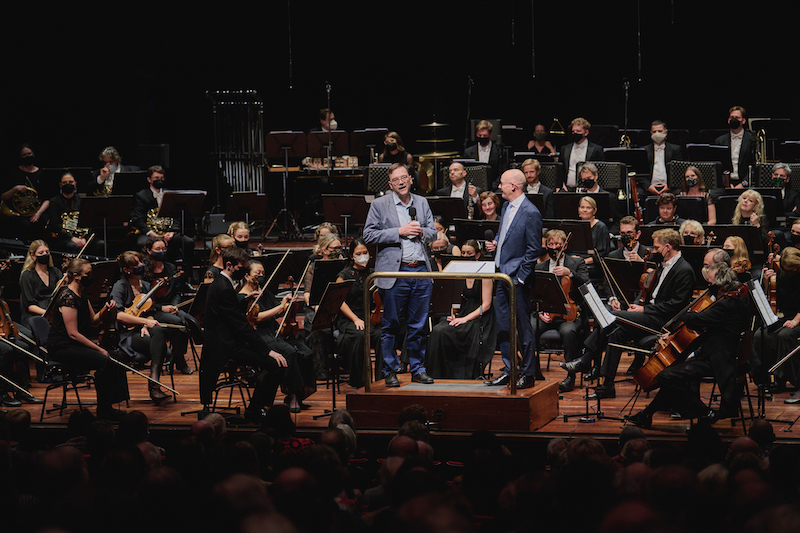 WASO’s ongoing commitment to commissioning and supporting ambitious and large-scale orchestral works from Australian composers – particularly in such an exigent modern arts funding environment – deserves to be singled out and celebrated widely. The Concerto for Orchestra by Gyger, who is currently Associate Professor of Music (Composition) at the University of Melbourne and Harvard alumnus, began the program. In a welcome touch, we met the composer himself on stage before the start of the concert. Gyger related that he began writing the piece in mid-2020, when he was possessed by questions of musical existentialism, and the distressing thought that his piece may not ever be performed by an orchestra live.

The influence of these questions has left a clear structural mark on the work, with chameleon-like passages pervading the piece, which frequently skittered throughout the orchestral sections or “bubbles”, deliberately never quite finding a home. This effective compositional device kept the audience somewhat at a distance – challenging both listener emotions and players alike – the latter delivering some wonderfully precise and vibrant sectional playing. The crescendos in the third movement were quite thrilling, giving way to brief, joyous orchestral chimes and a spotlighting of exceptional percussion wizardry by Robyn Gray and Brian Maloney on tuned percussion and wood blocks, which showed the depth of talent in WASO’s ranks, all the players executing the impressively demanding score with adeptness and concentration.

Next on the program, Jumppanen’s emotionally mature yet charged rendering of Ravel’s devilishly difficult Piano Concerto for the Left Hand was the absolute scene-stealer of the evening. Never having heard this piece live, I was positively transfixed by composition, soloist, and ensemble. The opening of the concerto furthered a particularly wondrous spotlighting of WASO’s robust double bass section (who continued to impress in the Dvořák), along with the dramatic contrabassoon stylings of Chloe Turner. The opening of this work was spine-tinglingly effective, showcasing WASO’s ever-impressive collective sense of drama as an ensemble, led most effectively by the flamboyant and impressively physical style of Brazilian conductor, Eduardo Strausser. Their creation of a long and gloriously rich crescendo, leading to a draw-droppingly virtuosic opening cadenza by Jumppanen, was everything that live classical performance should be. 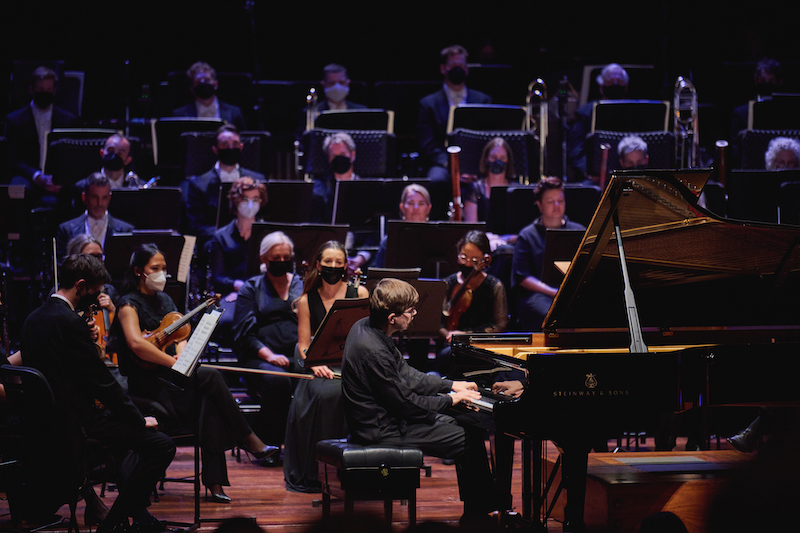 The re-entry of the orchestra was richly sensuous and engaging, only at times slightly dynamically overwhelming the soloist, but finding its balance in the jazz-influenced central movement with its jaunty parallel triads and strident rhythmic pulse. Jumpannen’s final solo cadenza was impeccably judged. His sense of dramatic timing was exciting and heartfelt. I appreciated the intelligent and mature musical choices he made with such technically challenging material, drawing out some phrases lavishly and moving ahead with extraordinary virtuosity, simply wonderful pianism. The orchestra re-joined Jumppannen seamlessly and executed a cracking crescendo to end the first half, leading to ecstatic applause. Jumppanen graciously returned to the stage three times, after which he produced a lovely and simple encore (using both hands!) before intermission.

Antonín Dvořák’s Concerto From the New World is the kind of piece that feels hardwired into WASO’s orchestral DNA. This evening’s incarnation led by Strausser was particularly emotional both with the quite charming heart-on-the-sleeve style of the conductor, and with the knowledge that it was principal cor anglais, Leanne Glover’s, final performance with the orchestra. Muted opening chords of the first movement gave way to some rousing extremes of dynamic, coaxed quite lovingly from Strausser (a frequent and highly effective conducting technique he employed many times with the violins in particular) moving through to wonderful ripping fortissimo brass passages, played with complete relish and aplomb by the entire brass section. Tempi changes at the conclusion were executed with formidable precision by the ensemble. With a slightly abruptly fast start to the second movement (perhaps to discourage applause?) the famously gorgeous cor anglais solo rang out over the auditorium and wrapped up the audience in a blanket of loveliness. The supreme power of a beautifully and expertly crafted melody is on full display in this symphony and was intimately and compellingly delivered by Glover and orchestra. Extra kudos to Glover for the complete perfection of her solo in what must have been an extremely emotional performance dynamic! 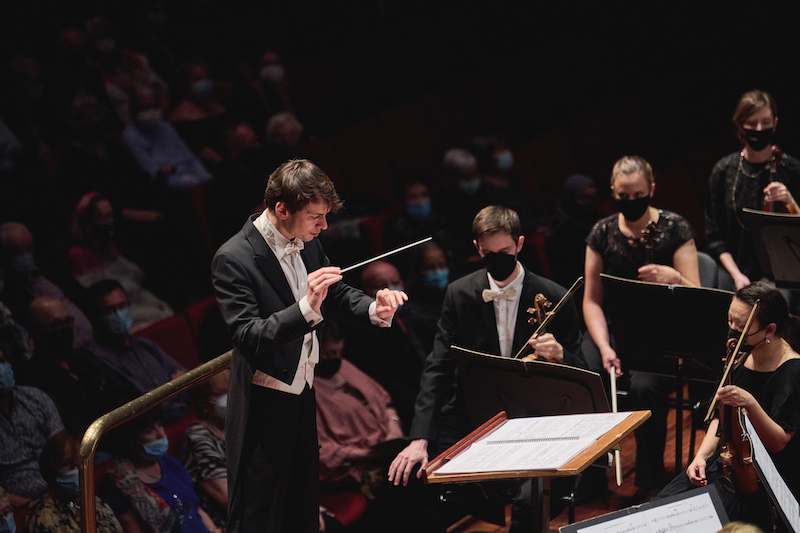 The central woodwind-heavy second theme was vibrant and lovely, and again WASO’s sensitive treatment of extremes of dynamic as the main theme returned, and within the quieter chamber solo moments, were achingly beautiful. A larger break in which I’m sure the audience were bursting to applaud (but behaved themselves!) led into the joyous third movement, all lilting consonant confection and buoyancy in the woodwind section. The final movement’s opening brass motifs were walloping and strident, giving way to a warm and sonorous tutti cello string sectional, followed by unashamedly romantic violin tutti passages coupled with emotive woodwind interjections. The remaining three minutes of the final movement Dvořák elaborately throws all previous themes into the brew, and WASO rose to the dramatically charged challenge with complete self-assurance, building to a cacophonous and thrilling final climax. Rapturous applause ensued, and Glover received a justifiable standing ovation.