Ensemble Offspring has marked the passing of three revolutionary composers who died last year in the third of their Offspring for All digital concert series.

The “revered and esteemed” trio, Dutchman Louis Andriessen, American Frederic Rzewski and Australian Ian Shanahan, were outspoken advocates of change, both musically and politically, Artistic Director Claire Edwardes said. Introducing the program of six works – only one of which Ensemble Offspring had performed before – she said “this is our way of remembering and celebrating them”. 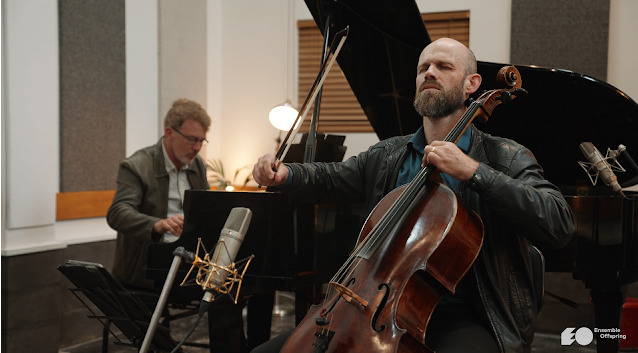 Andriessen was a mentor for several Australian composers and Edwardes worked closely with him in Holland where she premiered many of his works. He was viewed as the most creative musical force to emerge from the Netherlands in the second half of the 20th century. He and other Dutch artists famously disrupted a Concertgebouw concert in 1969 with bicycle horns, claiming that the orchestra was a status symbol and an example of conservative Dutch mainstream culture. Andriessen turned away from the establishment, preferring instead jazz and experimental contemporary music and...