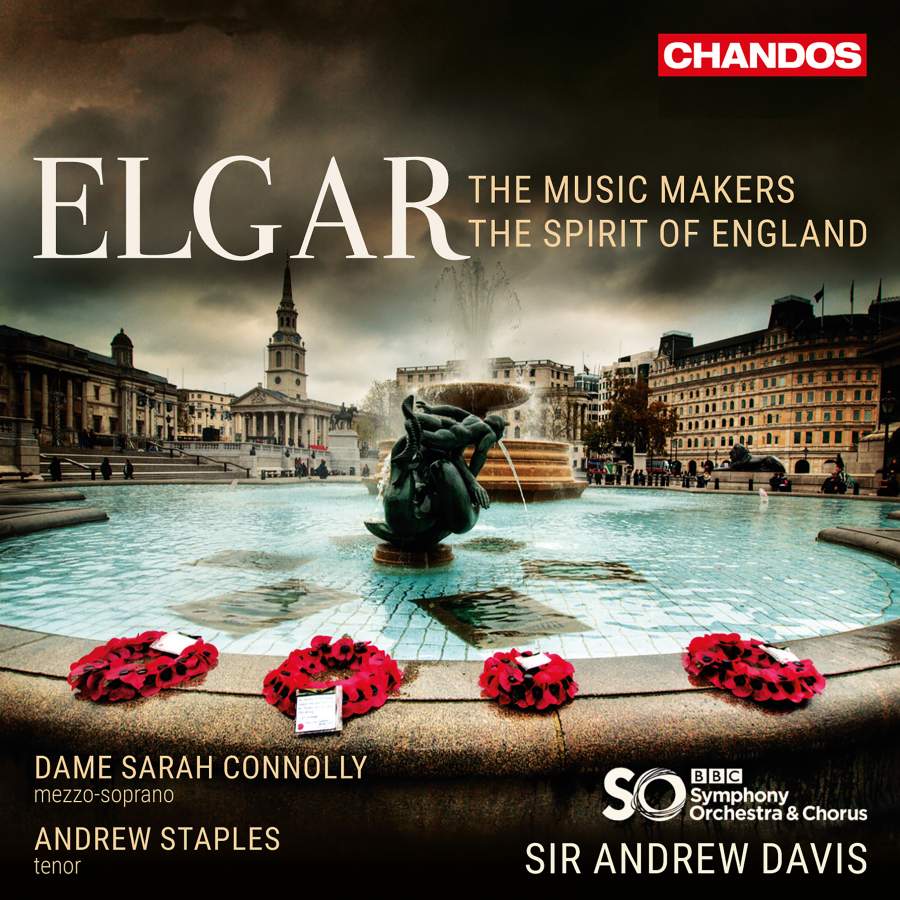 When Bernstein recorded Elgar’s Enigma Variations, he openly expressed his contempt for what he called “this jingoistic score”. I don’t imagine he would warm to The Spirit of England. But neither Elgar nor Laurence Binyon, the poet from whose collection The Winnowing Fan the words are based, was a jingoist. The work certainly belongs in the first rank. Stirling, melancholy and searing in turn, it uses three poems from Binyon’s collection: The Fourth of August (the day Britain declared war), To Women and For the Fallen. It begins in a blaze of patriotic glory but this soon subsides into compassion and consolation in the second and third, where the words “They shall not grow old, as we that are left grow old” come from. The BBC Symphony and Chorus cover themselves with glory in this hard to pull off music.

The other work here, The Music Makers, is based on a poem of that name by Arthur O’Shaughnessy and is essentially a dreamlike rumination on the solitude and potential isolation of the creative soul. Curiously, it contains the now incongruous words “movers and shakers”. It also contains musical references to Nimrod, The Dream of Gerontius, the Violin Concerto and Sea Pictures. The work is suffused by a sublime mystical quality. Mezzo Dame Sarah Connolly, the BBC forces and Sir Andrew Davis are equally superb.