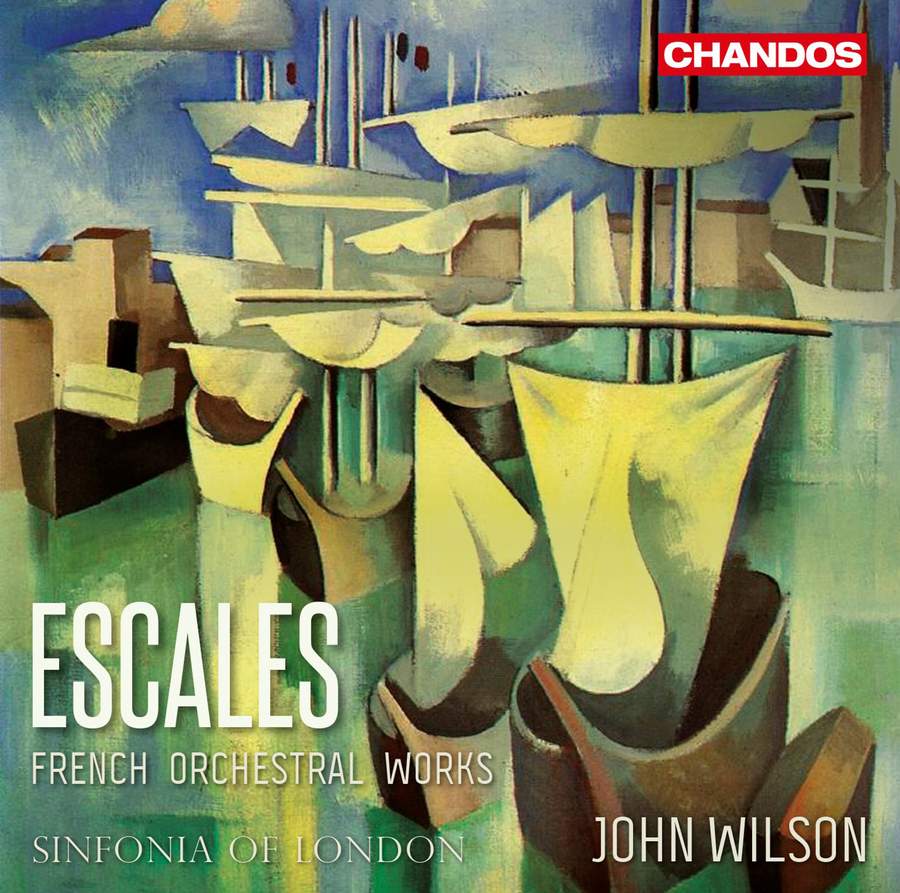 British conductor John Wilson and his Sinfonia of London – a reincarnation of the ensemble that recorded film scores in the 1950s and 60s – dive into the shimmering colours of fin de siècle French music in their second release on Chandos. Escales: French Orchestral Works – which follows the success of Wilson’s critically acclaimed Korngold release with the orchestra last year – pulls together preoccupations that infused French music of the era from picturesque musical postcards to evocations of the ‘Exotic’ mythologies of ancient Greece and Egypt.

Emmanuel Chabrier’s popular España provides a springy opening – in a joyously boisterous performance by Wilson and the band – but the pleasure of this album is in the way it brings together well-loved French works and lesser-known treasures to stunning effect. The performances themselves are exquisite in their fine details – the punchy bassoon and sultry saxophone lines in the Tambourin movement of Duruflé’s Trois Danses, for instance, or the mysterious fluidity of Saint-Saëns’ Le Rouet D’Omphale. The orchestra’s leader Andrew Haveron (best known to Australian audiences as Concertmaster of the Sydney Symphony Orchestra) gives a clear, affecting (though never overwrought) account of the violin solo in Massenet’s Méditation from Thaïs.

At the heart of this album is the ‘impressionism’ of Debussy’s famous symphonic poem Prélude à l’après-midi d’un faune (Prelude to the Afternoon of a Faun), in a lithe, fresh performance. While the postcard music of Escales (‘Ports of Call’, inspired by Jacques Ibert’s travels across Spain, Tunisia and Italy) might suggest a thematic relationship with Debussy’s Ibéria, Wilson here makes a compelling case for Faune as the work’s musical forerunner in a magical pairing. Hear how Adam Walker’s wonderful flute solo in the Debussy slides sinuously into the opening solo of the Ibert, before Juliana Koch’s oboe picks up Debussy’s triplets, which are recalled in turn in the languid figures of the Malagueña movement of Ravel’s Rapsodie espagnole, which brings the album to a close.

Works like the Debussy and Massenet, particularly, have had more than their fair share of recordings, but this release allows the listener to hear them in a brand new light. Indeed, Wilson’s intelligent programming highlights – often in a surprising glimmer, or the unexpected echo of a familiar turn of phrase – the resonances shared between these works, written as they were across several decades. A beautiful recording that’s well worth a listen.

John Wilson’s Escales: French Orchestral Works is Limelight‘s Recording of the Month in May. Read our interview with the conductor here.