Books in cubes, tiny chairs and colourful messages occupy our schoolroom as the bell heralds that class is about to begin. We brace with a Pavlovian reaction from our anything-but-halcyon days of chalkboards, times tables and receiving the cane. 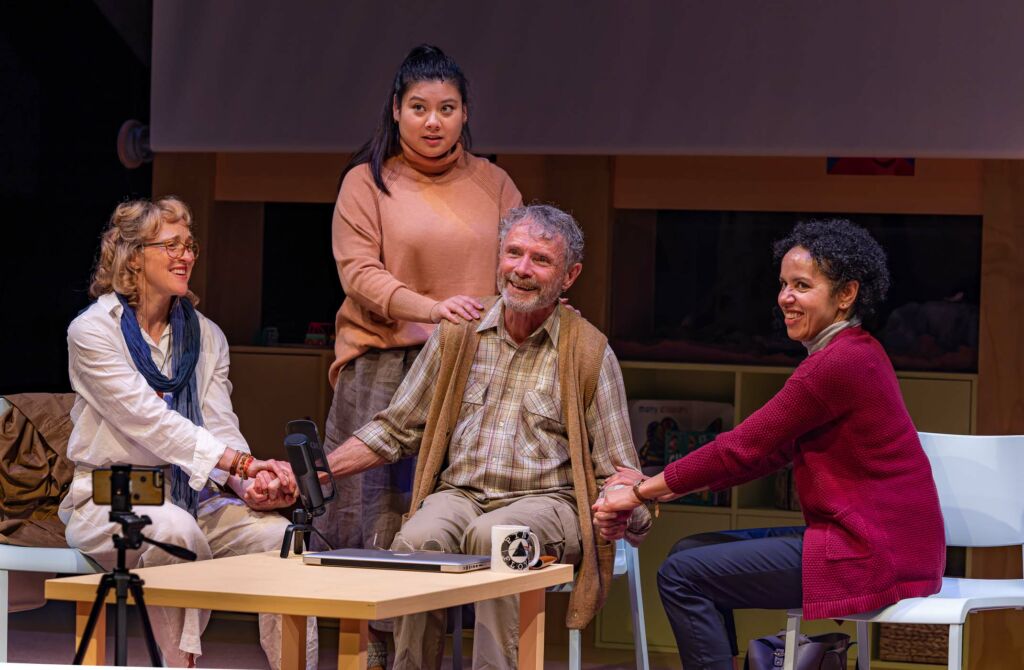 The quintet of seemingly stereotypical, well-meaning, enlightened folk with all the feels, engage in a round table discussion of an inescapably circulative nature. Within minutes, our eye rolling muscles ache and we start to shift uncomfortably. It might be our imagination, or a trick of the eye, but it feels like Meg Wilson’s spectacular, looming set is leaning to the left.

Sara Zwangobani as the potential dissenter Carina, shines early as the foil. Often with only a look, she wordlessly creates an admirable distraction to the overbearing nature of those whose disguised agenda is solely that of self-interest. Glynn Nicholas is terrific as Don and all but emits patchouli oil as he descends into reading the mystical Sufi poet Rumi.

The dual conversations that exit the stage battling for our attention portend a chaotic storm ahead. The setup is perfect and perfectly irritating.

Set in California, the accents do not wholly convince, but we have other things to worry about. When a challenger, in the form of a county mandate, demands its voice heard and worse, acted upon, the freedoms held so dearly by the conveniently assembled tribe are severely challenged. The board descends into a melee of squabbling children, as common sense slowly dies an excruciating death in the time-out corner. 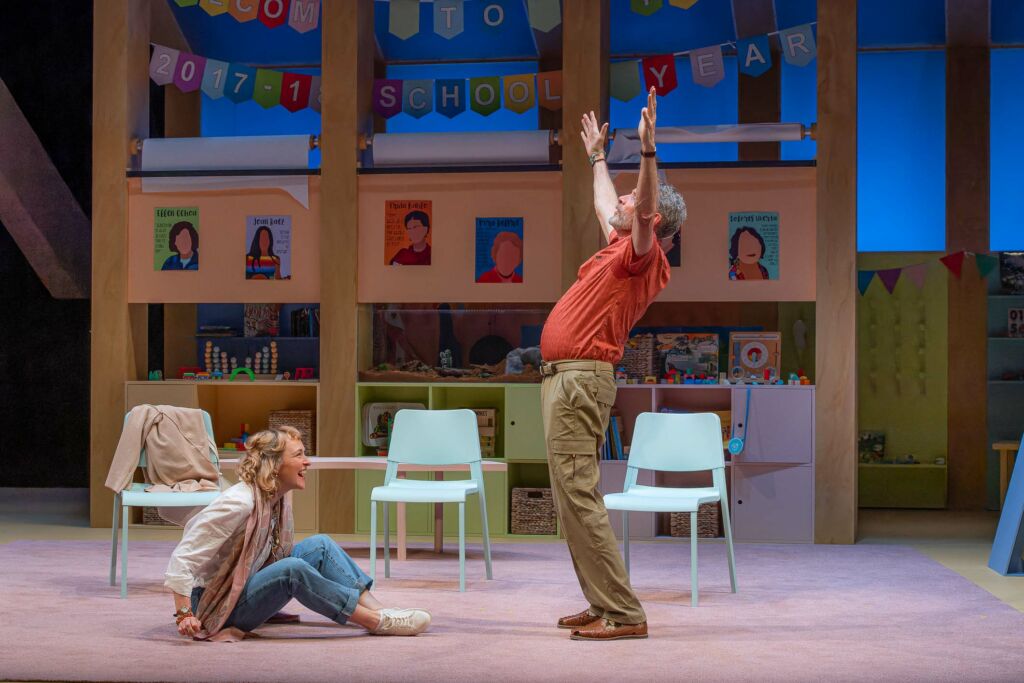 Former Artistic Director Rosalba Clemente’s steady directorial hand is apparent throughout. She guides her solid cast of interesting characters with at times brilliant staging and exemplary timing, and leaves us with plenty to contemplate at the close.

The standout highlight of this production is the bravura concentric circles scene. As the corollary, point making and opinions masquerading as facts are revealed, two things are certain – there will be dissent and Godwin’s law is at work. When reductio ad Hitlerum deliciously pings into view, we expect it to be the pinnacle of this hilarity, but there’s more to come and the result is a scene of perfect theatrical comedy.

The problem with such a successful and thoroughly enjoyable escapade is that we now have nowhere to go but down. The script then suffers from a series of point making that in its premiere in 2018 may have wonderfully juxtaposed the inevitability of the prior hilarious scene. It feels now, three short years and one pandemic later, like we know too much and the issues previously so hotly debated amongst only segments of our community, have had a depressing immediacy for the entire population. Lower, we do not wish to go.

Nothing however, detracts from the fine performances, notably Caroline Craig whose reveal of the previously unknown dimensions to Suzanne is excellent.

Catherine Fitzgerald's play evokes a dark and dusty struggle for survival against the odds.