Two halves of a concert program in adjoining halls. Another novel idea at this year’s CIMF focuses on a tribute to the Australian composer and pioneer in electronic and computer music, Martin Wesley-Smith, who died on 26th September 2019 at the age of 74. Both halves occurred concurrently and were repeated, with the audience shepherded from one venue to another.

Entering the National Film and Sound Archive’s Arc cinema – despite being opened in 2009, Arc is still regarded by many as the most comfortable and up-to-date cinema in the ACT – the audience was greeted by a full-screen photograph of Martin Wesley-Smith brandishing a fish he had just caught in the Timor Sea. Roland Peelman, CIMF’s Artistic Director was a friend, champion and collaborator with the Wesley-Smith lads, the twins Martin and Peter, often bringing the Song Company to perform for charity events in Kangaroo Valley. Their collaboration also produced that extraordinary music drama Quito, winner of the Paul Lowin Song Cycle Award in 1994. 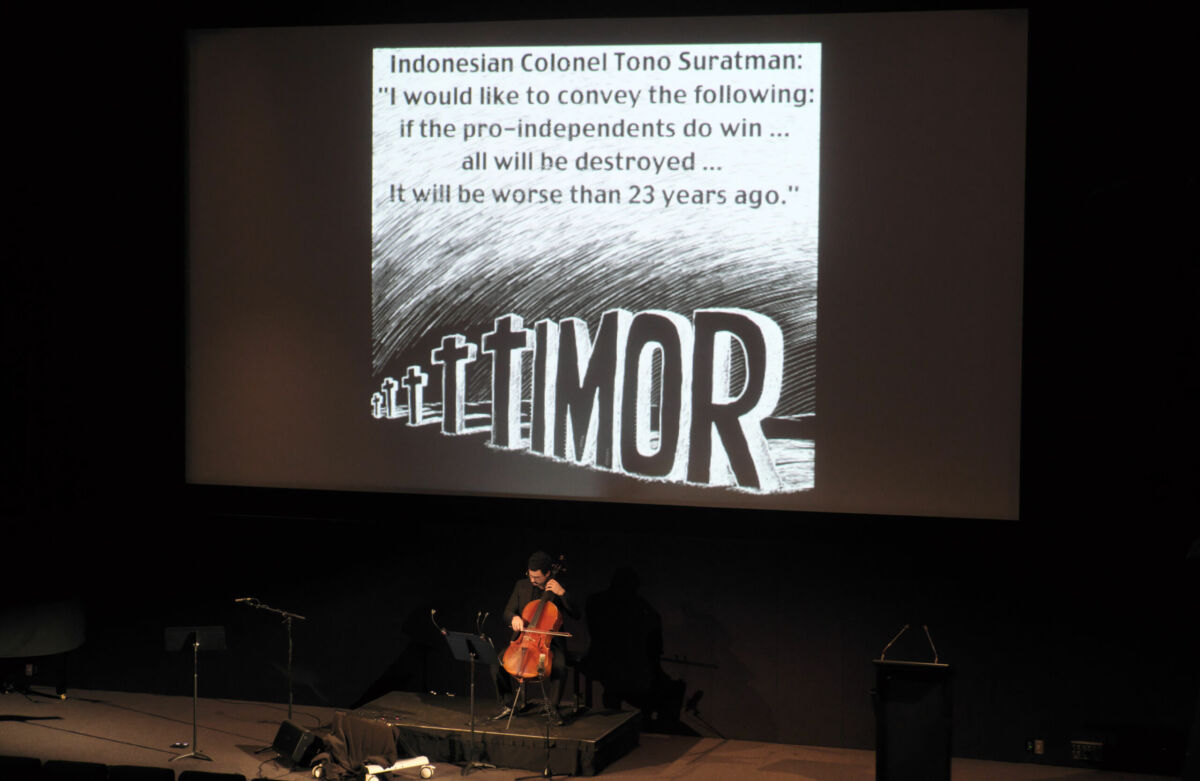