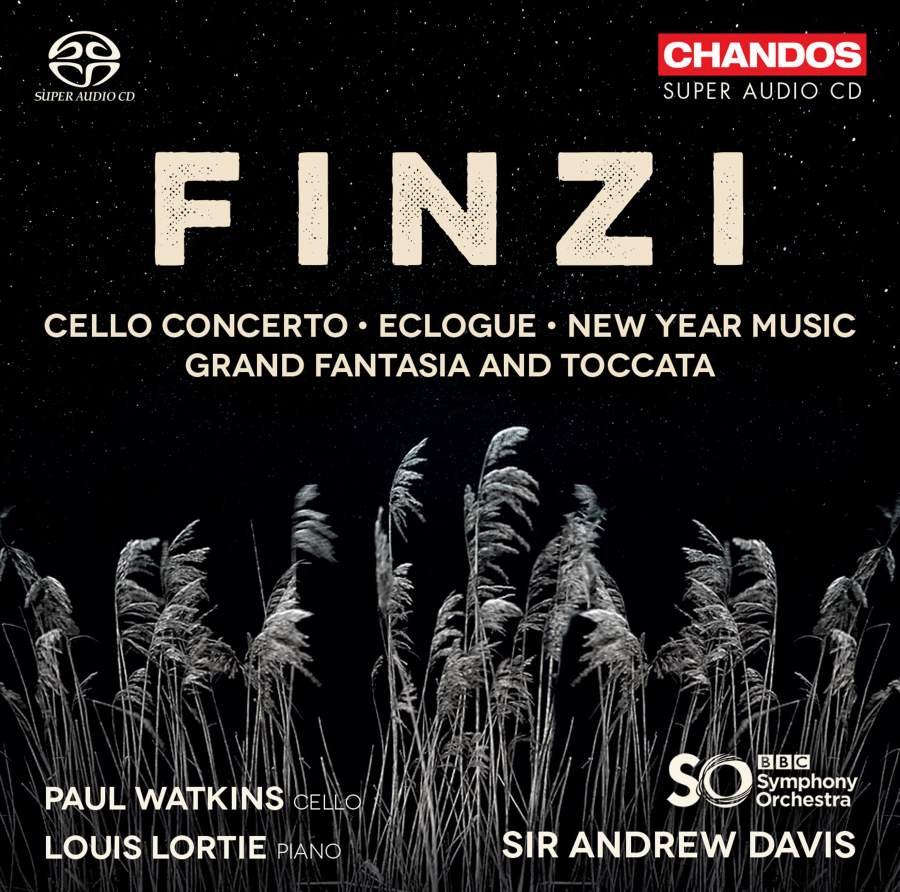 I rather enjoy “neo” music composed long after its idiom was overtaken by other styles (or fads!). Gerald Finzi’s late Cello Concerto, composed under the shadow of death, certainly fits the neo-romantic description, along with Barber’s Violin Concerto and Rachmaninov’s Third Symphony. Initial reviews of the Finzi Concerto were scathing: “The harmonic language and thematic character give no hint of what has been happening in music during the last 40 years” while the New Statesman thundered that “conceived and executed so much under the shadow of Elgar [that] only by courtesy can it be called a new work at all.”

Well, I cleave to the view of another commentator who wrote “anything by Finzi is fine by me.” The work is long – 38’ – the same length as the Dvorˇák, but it is more varied: noble, heroic, with moments of turmoil but few of windy rhetoric, and, not much of the pastoral lyricism of the clarinet concerto but yes, elegiac and sometimes even slightly gruff. The cadenza in the opening movement conveys a real sense
of struggle on the part of the soloist. The lengthy central Andante quieto is the most intense but, here, Paul Watkins creates another world. The finale begins quizzically with a pizzicato passage by the soloist and then settles into a cracking “travelling” tune worthy of a Dvorˇák finale.

The Nocturne, begun and first performed in 1928 but not heard in this form until 1953, is a portrait of New Year’s Eve, a particularly melancholy one, relieved only be a brilliantly starry sky (I suspect Finzi loathed New Year’s Eve as much as I do). It’s a measure of how far Finzi’s reputation has travelled to see that a pianist of Louis Lortie’s stature is the soloist in the more cheerful Eclogue and ebullient Grand Fantasia and Toccata.

A boon for lovers of Finzi, a composer enjoying a resurgence.