The story of how Swiss pianist Timon Altwegg came to possess a long-forgotten English composer’s musical legacy has all the hallmarks of a Netflix movie and makes for fascinating liner notes of this revelatory first volume album. 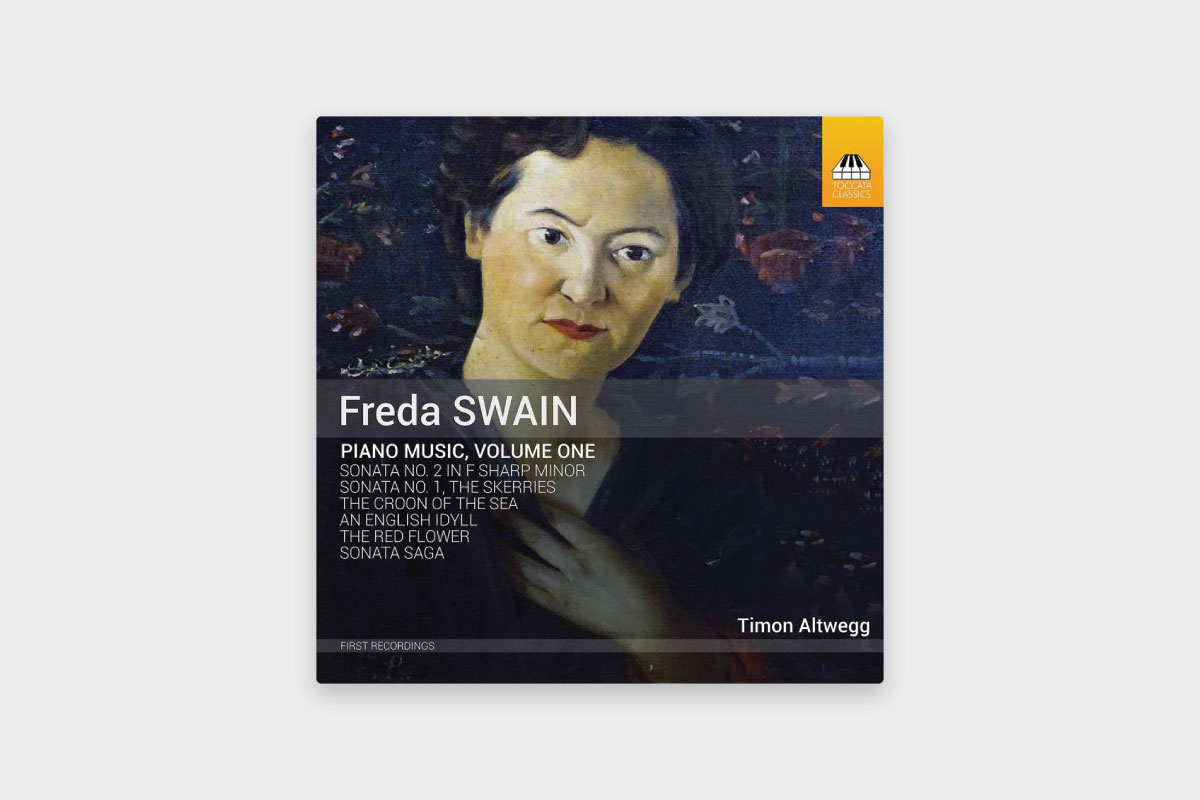 Freda Swain (1902-1985) was by all contemporary accounts a fiercely independent “difficult woman” who, as an 11-year-old, travelled alone on trains from England’s south coast to London for piano lessons. She studied composition with Charles Villiers Stanford, married New Zealand pianist and mentor Arthur Alexander, with whom she formed a successful piano duo, and devoted her life to composing, teaching and performing. Some of her 450 compositions were performed with success, but her refusal to bend to post-war musical trends meant she fell into obscurity.

Altwegg’s recording of three sonatas and three short pieces should go a long way to reinstating this remarkable composer with a highly individual voice. The most fascinating work is the three-movement Sonata Saga that Swain left unnumbered and which Altwegg found in a box of unsorted loose pages. He has painstakingly worked it into a performance version, and it is an impressive and powerful debut work from a 22-year-old.

The gem of the collection is the Sonata No 1 in A Minor, nicknamed “The Skerries”, written in 1936 and inspired by the Scottish landscape. Altwegg gives a memorable performance. The Sonata No 2 in F Sharp Minor dates from 1950 and shows how Swain advanced in her approach to form and harmony. The short pieces are delightful.