One of Australia’s most distinctive and recognisable musical voices, Ross Edwards has had an uncanny ability to marry sounds derived from the country’s extraordinary natural world with echoes of the equally rich but very different heritage of Western music. 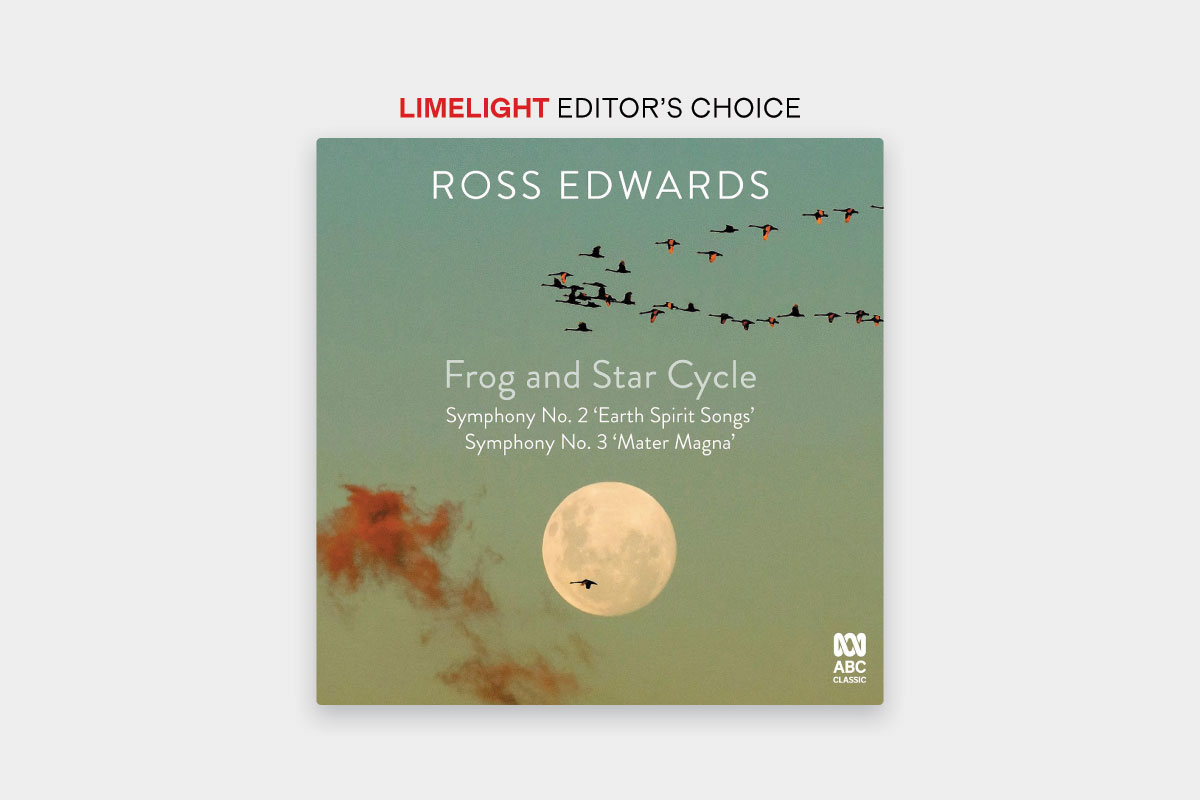 Listening to this long overdue issue of two symphonies and a double concerto for percussion and alto saxophone, recorded between 1998 and 2016, there is a wonderful synergy between Edwards’ joyous breadth of expression and his quiet spiritual depth. The spirit of Mahler seems to hover over his second and third symphonies; the second, “Earth Spirit Songs” with its invocations of the Holy Spirit and his third, “Mater Magna” together echo themes from Mahler’s massive Symphony No 8.

Earth Spirit Songs was especially written for the Sydney Symphony Orchestra and soprano Yvonne Kenny, who, under the direction of David Zinman brings lustrous tone to the work’s three diverse texts: selections from the Mass of Pentecost, The Lost Man by Judith Wright and the spring hymn O viridissima virga by Hildegard of Bingen. Surrounded by vibrant dances, the central evocation of mysterious rainforest radiates a haunting beauty.

“A meditation on the need for social and ecological re-balancing,” Symphony No 3 uses the symbol of the Earth Mother as “the vital restorative female force in nature,” according to the composer. Juxtaposing energetic percussion and sounds from nature with fragments of Marian plainsong and moments of telling introspection, the work morphs into one of Edwards’ trademark upbeat maninyas, well realised by the Melbourne Symphony Orchestra under Markus Stenz.

Celebrating the talents of percussionist Colin Currie and alto saxophonist Amy Dickson, Frog and Star Cycle puts riffs on plainsong in conversation with natural sounds, particularly those of frogs. Quirky, perhaps but this eminently approachable work is admirably served by the SSO under Lothar Koenigs.

This enriching listening experience is a timely reminder of our own nation’s musical wealth.