The Sydney Chamber Choir’s Garden of Soul program is a much-anticipated event, which finally presents the world premiere of the COVID-deferred piece by Joseph Twist, An Australian Song Cycle, commissioned for the choir with the support of the Maury family. Twist wrote about the piece for Limelight in June. 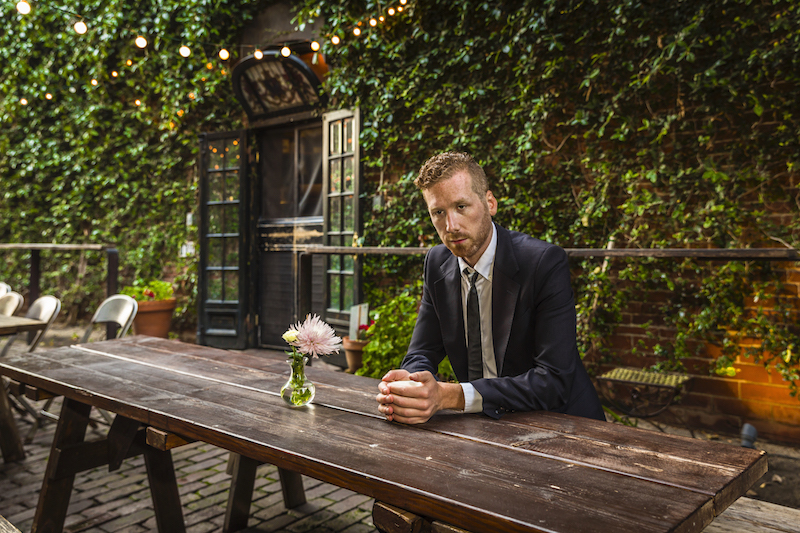 In a happy quirk of fate, the ensemble’s return to live performance also coincides with the feast day of St Cecilia, patron saint of music, and the 1913 birth of Benjamin Britten, both on November 22. Meandering through the Garden of the Soul, the 27-voice vocal ensemble – joined for the Twist piece by pianist Jem Harding and cellist Anthea Cottee – under the music direction of Sam Allchurch, performs choral music from the Renaissance and the present, dedicated to the intersecting themes of spring and fertility, love, loss and regeneration, feminine icons and sustainability.

Twist uses this platform not only to entertain and evolve Australian music but to draw note to a message. His vocal writing makes broad use of the voice ranging from humming and other sounds, lines of unison and imitation, and narratives that are tossed between higher and lower voices. The opening bars are hushed as if to say “Listen carefully…”. A crushed note on the piano; a harmonic on the cello. The music swells to cluster chords and pizzicato; voices join in a hum supporting the bass solo of Sébastien Maury. Twist’s melodies and harmonies breathe life into the words, dramatically illustrated by the cascading wall of sound in the waterfall of Judith Wright’s Wonga Vine, the plaintive dejection of Lawson’s Andy’s Gone with Cattle with soloist soprano Belinda Montgomery and the punching humour of Leunig’s unaccompanied Magpie. The full glory of the voices reverberates in the worshipful “Let there be light” of Paterson’s Sunrise on the Coast. Skrzynecki’s alliterative Lorikeets draws belly laughs from young and old (what a delight to see so many juniors there), the rising modulations build tension to a fortissimo, finally ending on a raucous ascending glissando from the cello.

A dramatic change of metre and tempo segues to the pinnacle of the piece, Ashes, the seventh verse, written by Joseph’s father Jack Twist, an author himself, followed by Noonuccal’s Time Is Running Out. The mood is distinctly sombre as the dissonance, pounding ostinato chords in the piano and the wailing messa di voce sirens from the choir draw attention to the catastrophic loss of life in all its forms through climate change and hammer the message that “time is running….”

Scored for choir, piano and cello, (although not all the verses are accompanied), the use of small instrumental forces makes the song cycle accessible to a broader range of ensembles. Twist’s instrumental writing is expansive and explores the range and possibilities of both cello and keyboard adding a spritz of extended technique to the keyboard part.

I may have only heard it once and have never seen the score but I do believe that Joseph’s Twist’s An Australian Song Cycle is not just an invaluable addition to the canon of contemporary Australian choral music and culture but is also a crucial social commentary. This one’s a keeper.

No less impressive are the three Renaissance pieces by Clemens non Papa (Ego flos campi), Monteverdi (Zefiro torna) and Victoria (Vidi speciosam) in the opening bracket, followed by Britten’s Rosa Mystica, A Hymn to the Virgin – with its verse set by Britten in macaronic style where languages are combined, the choir singing in Middle English and the semi-chorus singing in Latin – and Hymn to St Cecilia.

Allchurch draws from his voices a well-balanced flow in the seven-part Ego flos campi, eloquent rhythmicity and contrast in Zefiro torna, with elegant dynamics and phrasing in the six-part Vidi speciosam.

That Britten lived in the modern era and received early recognition gives us incomparable documented insights into his life and the forces that shaped him. Britten’s music is inseparable from some of his personal struggles. The unshaking pedal points of Rosa Mystica and its statement in unison of religious affirmation, the plangent cries of Hymn to the Virgin with its rising figures in double time and the gently playful rocking rhythms of Hymn to St Cecilia with its light, central scherzo fugue, are performed with exemplary flexibility and ensemble work.

In Garden of Soul the Sydney Chamber Choir demonstrates its versatility from the cool and restrained beauty of early music, the complex brilliance of Britten’s 20th century harmony to colours of contemporary Australia.