Witnessing to their versatility and confirming their core strengths, The Gesualdo Six use their fifth album to explore Holy Week’s expressions of darkness and the associated human emotions of solitude and betrayal. Such emotions are starkly expressed in the Tenebrae Responsories for Maundy Thursday by Gesualdo, which are recorded here in their entirety, surrounded by Tallis’s two classic settings from the Lamentations of Jeremiah and works from contemporary composers Judith Bingham and Joanna Ward. 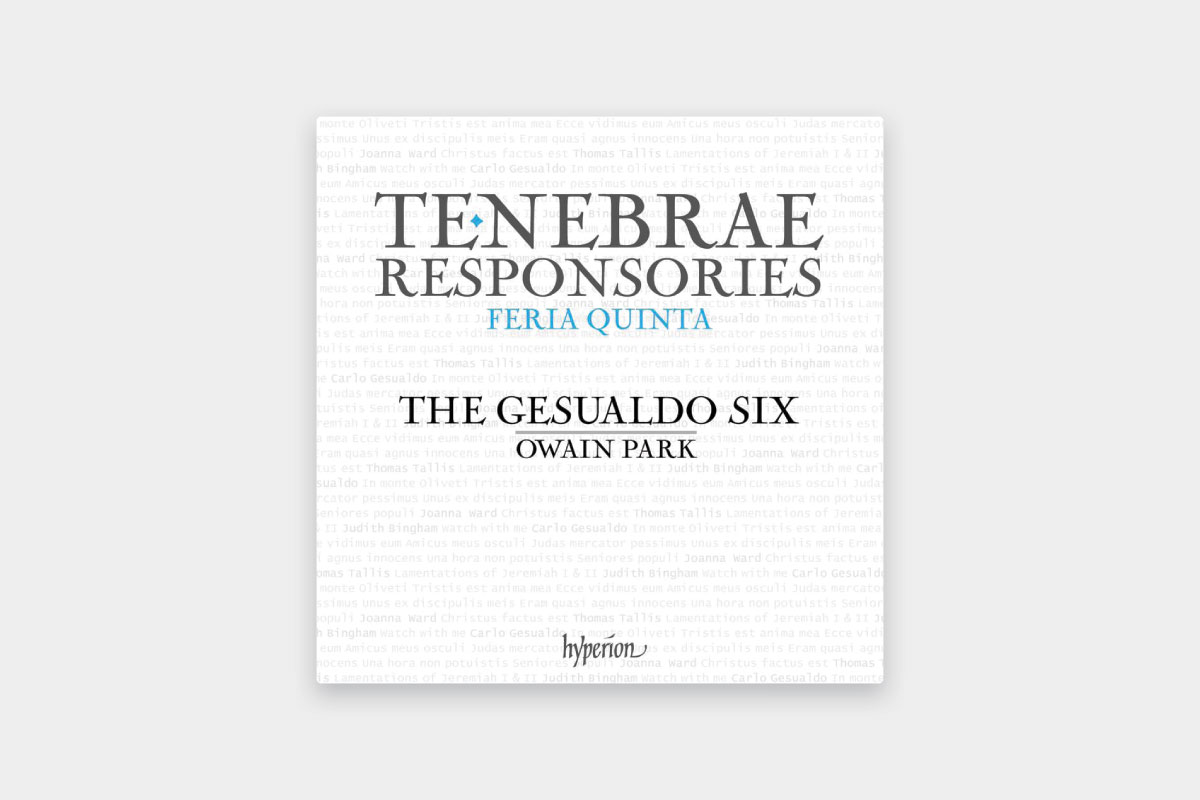 Recorded with the singers in a circular formation, the music comes across with both intimacy and at times, urgency. The mournfulness of the Tallis is intensified by the superb blend of the singers, whose ability to spin mellifluously long lines adds a timeless sense to this evocation of abandonment and desolation. Haunting and heartfelt, the final appeals for Jerusalem to repent are musical moments to savour.

By contrast, the Gesualdo profits from the individuality of some of the voices and an acute sense of drama, not unlike that of the...