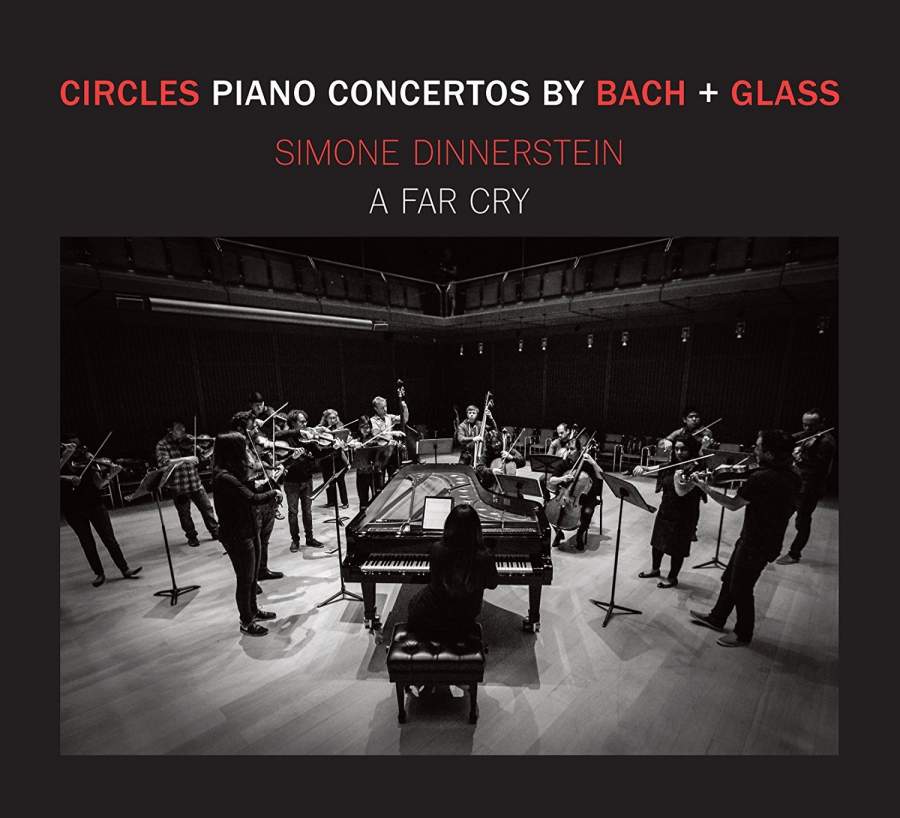 Although Bach and Philip Glass may initially seem an odd pairing, upon hearing these two concertos (Keyboard Concerto No 7, BWV1058 and Glass’s Third Concerto, Circles) separated by nearly 300 years, there is much to compare and contrast. Not only are both based around simple building blocks of arpeggiated chords; both are scored for the rare combination of keyboard and strings alone within a three movement structure. And Glass has often talked of his intense study of Bach as demanded by his teacher, esteemed French pedagogue, Nadia Boulanger.

In his liner notes, Glass explains how he determined to write for Simone Dinnerstein (who launched her career with a self-funded, acclaimed recording of the Goldberg Variations) after hearing her in recital in the lead up the 2016 Glenn Gould Prize. He understandably states that he is “very pleased with how the music turned out”. Recorded with the conductor-less A Far Cry chamber orchestra, the concerti are delivered in sympathetic performances, which not only capture the spirit of the works but allow counterpoint and often intricate interplay to shine through with warmth and clarity.

Perhaps the most effective movement in the Glass is the third, dedicated to Estonian composer Arvo Pärt. It suggests his work with his bell-like sonorities detected in the piano’s left hand. And of course, the spirit is never far below the surface when it comes to Bach’s work either – be it secular or sacred.