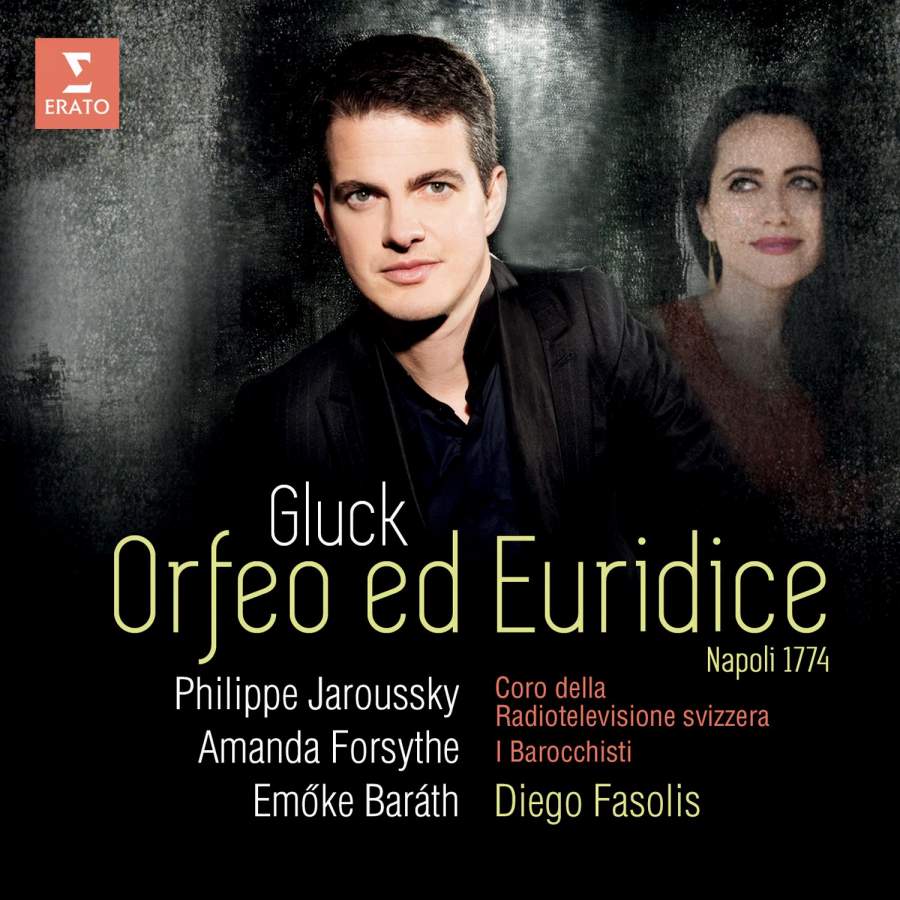 Barely a year after they collaborated on La Storia di Orfeo – a musical collage of the Orpheus legend, Diego Fasolis and Philippe Jaroussky set out once again on the hero’s grief-stricken journey to the Underworld. We’ve jumped forward to the 18th century, to Gluck’s Orfeo, but, once again, this isn’t Orfeo as we know it. After the work’s 1762 Vienna premiere, Gluck reworked the piece substantially for Parma, where a male soprano took the role of Orfeo. Melody lines were reshaped, keys altered and orchestration simplified. It was this version that in turn became the model for the 1774 Naples version, which is what we hear here. The big innovation – the addition of two new numbers – was intended to turn Gluck’s “reform” opera into something better suited to an Italian audience.

It says something about the contemporary swing in taste that both additions – the rather startling duet Vieni, appaga il tuo consorte, in which Euridice tells Orpheus she would rather die than return with him to the world of the living, and Euridice’s mercurial Tu sospiri… ti confondi (replacing the usual Che fiero tormento) – are uncomplicatedly exciting additions to the score. Yes, the balance of the structure is slightly off, and, yes, interpolations disrupt the smooth coherence of the whole. But taken on their own terms, each offers a human depth and colour that is hard to resist.

The project may be a star vehicle for Jaroussky, but the countertenor comes off a poor second to his female co-stars. Emoke Barath is a smoky, sensual Amore, whose sweetness is tempered with just the right amount of calculation – a contrast to the vivid beauty and brightness of Amanda Forsyth’s Euridice, who electrifies as soon as she enters, and brings the best out of Jaroussky in the new duet. As for Jaroussky himself, the role seems a bit of a stretch. At its most beautiful in fragility, delicacy, Jaroussky’s version of heroic sounds a bit pushed, the voice curdling acid in the upper registers. But the odd moment of gentleness – notably the exquisite, barely accompanied Mille pene – reminds us of the beauty of which this voice is still very much capable. Fasolis and his forces bring their customary style and drama, as well as an Italian accent, to this Gluck.

Male soprano Mariño is in luck with Gluck and Handel.

Cavalli gallops to the finishing line with exquisite music.

Growing up with Pinchas Zukerman’s famous tone ringing in his ears, it didn’t take much to persuade Israeli composer Avner Dorman to compose a double concerto to celebrate the violinist’s significant year.