According to booklet note author Jens Cornelius, Danish composer Hans Abrahamsen’s Schnee (Snow) “has acquired nearly cult status and is a unique piece of music.” Note, too, what the conductor of this present performance John Storgårds says, about “how the music flows, as if it were improvised, despite having been created with the utmost precision.” 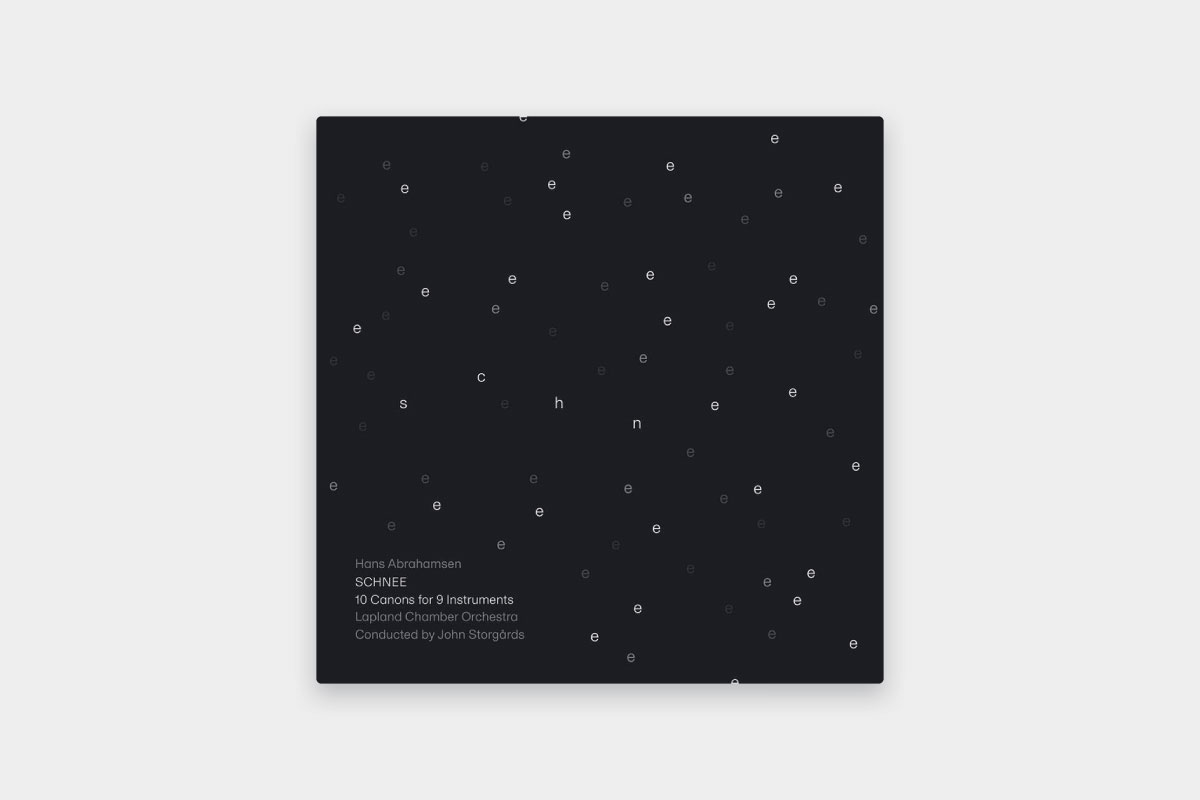 Written between 2006 and 2008 after a decade-long break from composing and a study of JS Bach’s Canons BWV 1072-78 (so clearly not a break from music altogether), Schnee comprises five pairs of canons separated by three “pulseless interludes”, intermezzi in which instruments are tuned down in pitch.

Each pair of canons is shorter than the previous pair, lasting nine, seven, five, three minutes and one minute respectively. The second of each pair is a richer, more spacious, more layered version of the first; the idea being that when heard in close succession, each pair combines to form a deeper, multi-dimensional experience, the sum greater than the parts.

Nightingales sing loud and clear in part two of a must-have cycle.

Petri dishes up an evocative survey of Rasmussen recorder music

Chamber orchestration is Mahler 10 as it could have been.